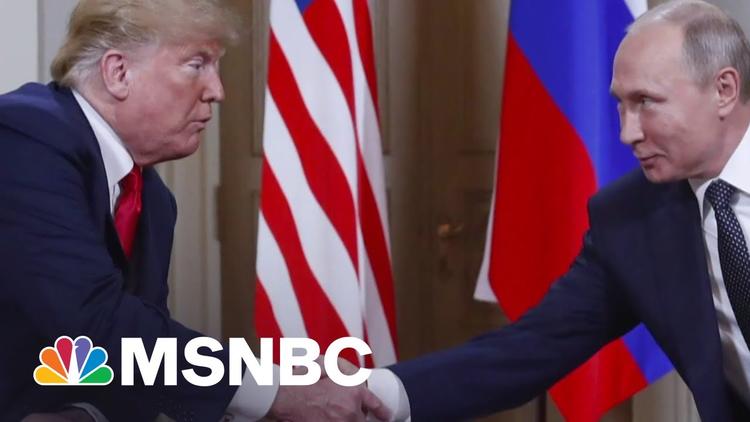 Ann Arbor (Informed Comment) – Trump’s response to Russian dictator Vladimir Putin’s horrific invasion of Ukraine was to call Vlad the Invader a “genius.” A majority of Republicans seems to agree. Their idolization of the Russian martinet appears to be rooted in their perception of him as a white Christian nationalist. There were even cheers for Putin at the right wing CPAC conference last week.

With the US public now angry at Putin over his military aggression and President Biden getting a bump in the polls for his leadership on this issue, some Establishment Republicans appear to fear a backlash if the party goes on being perceived as pro-Putin or soft on Putin.

Some ambitious Republicans may even see an opportunity to dethrone the leader of the party, Donald Trump, over his dalliances with Putin. Mike Pence told party donors in New Orleans Friday night that there is no room in the Republican Party for apologists for Putin. This was seen as a swipe at Trump, and a shot across the former president’s bow regarding the 2024 Republican primaries.

Pence has a lot of convincing to do within his party. Andrew Romano reported that a Yahoo News/ You.gov poll a few weeks ago found that 62% of Republicans believed that Russian dictator Vladimir Putin is a “stronger” leader than Joe Biden. Only 4% of Republicans said that Biden is stronger. Some 72% of regular watchers of Fox Cable News among these Republicans say Putin is stronger.

Fox’s owner, Rupert Murdoch, is in the mold of the Russian oligarchs, plumping for Putin with ill-gotten billions, and keeping Putin toadies like Tucker Carlson on the air. Guardian columnist Arwa Mahdawi notes that Carlson’s addlepated defense of Putin was, ““Has Putin ever called me a racist? Has he threatened to get me fired for disagreeing with him? … Is he making fentanyl? Is he trying to snuff out Christianity? Does he eat dogs? These are fair questions – and the answer to all of them is no.” No pate on a major network is more addled.

Romano notes that Trump actually campaigned on Putinism in the fall of 2016, saying that “Putin has been a leader far more than our president,” referring to Barack Obama. He points out that in a Politico poll of last summer, Republicans gave Putin a higher favorability rating over Biden by as much as 22%.

Veteran security affairs correspondent James Risen pointed out that the author and Trump-annointed senatorial candidate for the GOP in Ohio, J.D. Vance said, “I think it’s ridiculous that we are focused on this border in Ukraine.” He later called the situation “tragic,” which is a way of avoiding assigning any blame for it.

The roster of Putinists in the party is long. Now-retired 3-term California GOP congressman Dana Rohrabacher was so deep in Moscow’s back pocket that he was viewed as a security threat by the FBI and GOP leader Kevin McCarthy once said, “There’s two people I think Putin pays: Rohrabacher and Trump. Swear to God.”

As for the common Republican fingering of Putin as the Great White Hope, it is of course misguided. Putin claims to have started wearing a crucifix his mother gave him in the 1990s, hinting at a conversion from Soviet atheism to Eastern Orthodoxy. I’m not sure KGB field officers really have religious convictions, however. He certainly has been willing politically to weaponize Eastern Orthodoxy, and the Ukrainian church’s 2018 secession from the Moscow branch of the religion seems to have stuck in his craw. But 14 percent of Russians are atheists, 26% say they have no religion (they may believe vaguely in God), and 7% are Muslim. So while a slight majority identifies at least somewhat with Eastern Orthodoxy, it isn’t an overwhelmingly Christian nation.