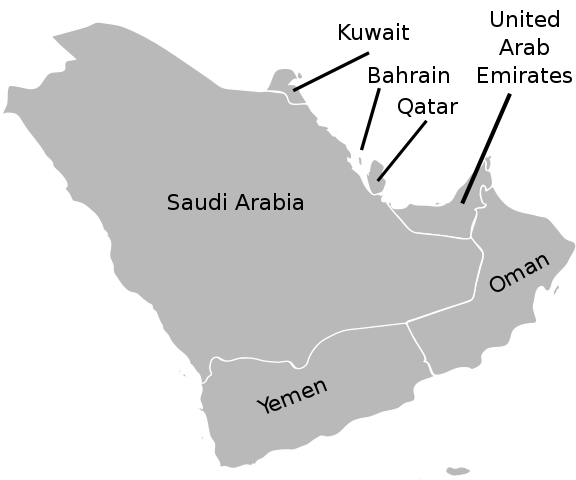 Ann Arbor (Informed Comment) – America is paying the price for lagging behind in its adoption of electric vehicles and in putting in more electric mass transit. Because we are still mostly a society that moves on gasoline, we are dependent on the worst people in the world for our energy. Even where we produce a lot of it ourselves, we still are vulnerable to price fluctuations caused by decisions taken by the authoritarian heads of oil states, whether Vladimir Putin in Russia or the Saudi absolute monarch. How badly our glacially slow adoption of green transportation has harmed us is clear from the way our markets are hanging on every cryptic Tweet from the officials of the United Arab Emirates, a postage stamp country that has us over the barrel. So to speak.

Markets were roiled again Thursday morning when the UAE Energy Minister, Suhail al-Mazrouei, tweeted that the UAE is only abiding by OPEC policy, which is now allowing a 400,000 barrel a day increase in oil production, after the cuts of 2020. Al-Mazrouei is quoted as saying, “The UAE believes in the value OPEC+ brings to the oil market.”

Al-Mazrouei seemed to contradict a Tweet the day before from the UAE ambassador in Washington, which had given the markets hope that the UAE would step in to take up some of the slack from Russia.

Salma Haddad at Khalij Online reported that the ambassador to the US from the United Arab Emirates (UAE), Yousef Al Otaiba, had announced on Twitter on Wednesday, “The #UAE has been a reliable and responsible supplier of energy to global markets for more than 50 years and believes that stability in energy markets is critical to the global economy.”

The announcement seemed to signal that Abu Dhabi was changing its mind about adhering to the OPEC quota reductions of last year, when the oil cartel reduced production across the board 10%. Haddad says that already last August, the United Arab Emirates had resisted a Saudi plan to extend the reduced quotas to December, 2022, and wanted to up production sooner.

The UAE, a union of seven small Gulf monarchies on the southeast of the Arabian Peninsula, produces nearly 4 million barrels of petroleum a day. It is the sixth biggest producer in the world, but some other major producers such as the US and China use up all of their own oil. The UAE only has a citizen population of about a million, plus 8 million guest workers, and so it can export over half of what it produces. It is typically among the top exporters of oil in the world.

In the past two weeks, the Biden administration has attempted to get the Emirates and Saudi Arabia to change their minds about adhering to the OPEC guidelines, given the 30% spike in oil prices caused by the Russian invasion of Ukraine and by the possibility of a US boycott of Russian petroleum. That possibility became a reality on Wednesday when Biden said that he would seek alternatives to the 7 percent of US oil that comes from Russian imports.

It had been reported that the United Arab Emirates was on the outs of the Biden administration and was refusing to take Biden’s calls. The de facto ruler of the Emirates, Mohammed Bin Zayed, had strongly backed Trump and disrespected the Obama administration in which Biden served as vice president. Biden criticized the UAE’s war on Yemen, which it waged in concert with Saudi Arabia, and Biden withdrew US logistical support and military advice about a year ago. Biden also campaigned on punishing Mohammed Bin Salman, the Saudi crown prince, for his alleged role in the murder of Washington Post columnist Jamal Khashoggi. Bin Zayed of the UAE is strongly allied with Bin Salman. Both rulers resent Biden’s attempt to restore the 2015 nuclear deal with Iran, which they view as a dire enemy.

If Abu Dhabi is now suddenly willing to increase its output, that willingness may have come about because President Biden made the UAE promises. I just hope he didn’t throw the Yemenis under the bus for the sake of the extra oil. If there is some set of civilians suffering worse than the Ukrainians, it is the Yemenis.

Or, it could be that al-Otaiba and al-Mazrouei are engaged in a power struggle, and that al-Otaiba is attempting to regain some of his clout in Washington by making it look as though the UAE is doing favors for Biden, putting pressure on his government to follow through.