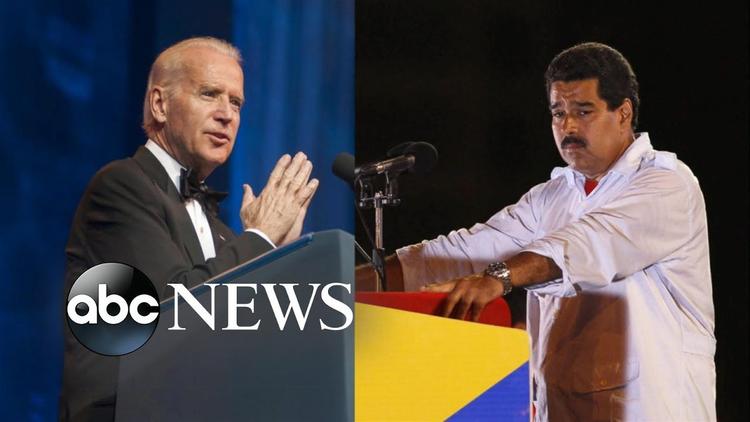 (Middle East Monitor ) – The tables have turned. A high-level US delegation visited Venezuela on 5 March, hoping to repair economic ties with Caracas. One of the world’s poorest countries, in part due to US-Western sanctions, Venezuela is, for once, in the driving seat and capable of alleviating an impending US energy crisis if dialogue with Washington continues to move forward.

Venezuela is not a poor country. In 1998, it was one of the leading OPEC members, producing 3.5 million barrels of oil a day. Although Caracas largely failed to take advantage of its former oil boom by diversifying its oil-dependent economy, it was the combination of lower oil prices and US-led sanctions that pushed the once relatively thriving South American country onto its knees.

In December 2018, former US President Donald Trump imposed severe sanctions on Venezuela, cutting off oil imports from the country, which stood at around 200,000 barrels per day. The US managed to replace Venezuelan oil with supplies from elsewhere as crude oil prices fell as low as $40 per barrel.

Article continues after bonus IC video
ABC News: “Is US considering diplomatic thaw with Venezuela over need for oil?”

The timing of Trump’s move was meant to ravage, if not entirely destroy, the Venezuelan economy in order to exact political concessions, or worse. The decision to choke off Venezuela further in December of that year was timed perfectly as the global oil crisis had reached its zenith in the previous month.

Venezuela was already struggling with US-led sanctions, regional isolation, political instability, hyperinflation and, subsequently, extreme poverty. The US government’s move was meant to be the final push that surely, as many US Republicans and some Democrats concluded, would end the rule of Venezuelan President Nicolas Maduro.

The South American country has long accused the US of pursuing regime change in Caracas, based on allegations that the socialist Maduro government had won the 2018 elections through fraud. With no further ado, Washington determined that Juan Guaidò, who was then Venezuela’s opposition leader and president of the National Assembly, should be installed as the new president.

Since then, US foreign policy in South America has centred largely on isolating Venezuela and, by extension, weakening the socialist governments in Cuba and elsewhere in the region. In 2017, for example, the US evacuated its embassy in the Cuban capital, Havana, claiming that its staff members were being targeted by “sonic attacks”, through a supposed form of high-frequency microwave radiation. Although such claims were never substantiated, they allowed Washington to pull back on the positive diplomatic gestures towards Cuba that were carried out by the Barack Obama administration, starting in 2016.

The inflation rate in Venezuela continued to worsen, reaching 686.4 per cent last year, according to

The government in Caracas, however, somehow survived for different reasons according to which political analyst you believe. In Venezuela itself, much credence is given to the country’s socialist values, the resilience of the people and to the Bolivarian movement. The anti-Maduro forces in the US, based mostly in Florida, blame Maduro’s survival on Washington’s lack of resolve. A third factor, which is often overlooked, is Russia.

In 2019, Russia sent hundreds of military specialists, technicians and soldiers to Caracas in various official guises. The presence of the Russian military helped ease fears that pro-Washington forces in Venezuela were preparing a military coup. Equally important, Russia’s strong trade ties, loans and more, were instrumental in helping Venezuela escape complete bankruptcy and circumvent some of the US sanctions.

Despite the collapse of the Soviet Union decades ago, Russia has remained largely committed to the USSR’s geopolitical legacy. Moscow’s strong relations with socialist nations in South America are a testament to this fact. The US, on the other hand, has done little to redefine its troubled relationships with South America, as if little has changed since the time of the hegemonic 1823

Now, it seems that the US is about to pay for its past miscalculations. Unsurprisingly, the pro-Russia bloc in South America is expressing strong solidarity with Moscow following the latter’s intervention in Ukraine and the subsequent US and Western sanctions. Wary of the developing energy crisis and the danger of having Russian allies within a largely US-dominated region, Washington is attempting, albeit clumsily, to reverse some of its previous missteps. On 3 March, it

Now that Russia’s moves in Eastern Europe have ignited a new “Great Game”, Venezuela, Cuba and others find themselves at its heart, despite being thousands of miles away. Even though some in Washington are willing to reconsider their long-standing policy against the socialist bloc in South America, the US mission is rife with obstacles. Oddly, the biggest of these on the US path to South America is neither Caracas, Havana nor even Moscow, but the powerful and influential lobbies and pressure groups in Washington and Florida.

Republican Senator Rick Scott from Illinois, was quoted in Politico as saying, “The only thing the Biden admin should be discussing with Maduro is the time of his resignation.” While Scott’s views are shared by many top US officials, on this occasion the vagaries of American politicians may have little impact on their country’s foreign policy. For once, the Venezuelan government commands centre stage.