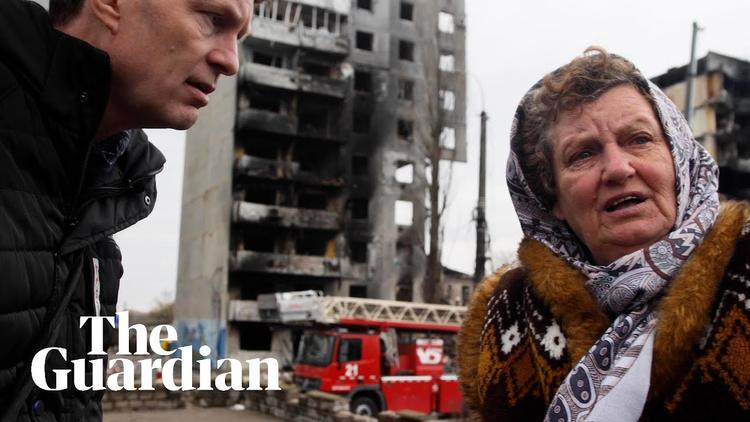 Shortly after footage emerged of the carnage Russian troops left behind in the town of Bucha, Ukraine, an article was published April 4, 2022, in one of the largest Russian state-run media companies.

The article called for even more bloodshed in Ukraine.

Written by journalist and Kremlin-aligned political operative Timofey Sergeytsev and published in RIA-Novosti, the article answers the question posed by its headline: “What should Russia do with Ukraine?”

The answer, Sergeytsev writes, is total annihilation. He writes that “all who have associated themselves with Nazism should be liquidated and banned.”

Sergeytsev urges Russian soldiers to be merciless and force Ukraine to its knees and calls for more of the same inhumane tactics that took place in Bucha and the towns of Mariupul and Berdyansk.

As an academic focusing on Russian government, politics and society, I believe the article demonstrates what is foremost on the mind of President Vladimir Putin’s regime.

The silencing of independent Russian media

Sergeytsev’s piece merits close attention because RIA-Novosti is one of the three largest news agencies in Russia and has a mass circulation. It functions as a loyal mouthpiece of the Russian government and has an inordinate impact on what Russians see and hear about the war in Ukraine.

This is the result of the Russian government’s ever tightening control over independent media since 2000, when Putin became president. In his first year in power, Putin shut down companies of media businessman Vladimir Gusinsky.

Since then, Putin has used what is known as the Roskomnadzor, the Federal Service for Supervision of Communications, Information technology and Mass Media, a federal agency that monitors and censors Russian mass media and decides which need to be shut down.

The Russian government not only has total control over all media, but it dictates what can be seen and heard. The war in Ukraine, for instance, can only be referred to as “a special military operation.” Anyone who calls it a “war” is subject to a prison term of 15 years.

Given where it appeared, Sergeytsev’s article must have been published with the knowledge and approval of the Russian government.

Sergeytsev is an experienced Russian political operative who worked on behalf of the Russian government to prop up pro-Russian Ukrainian president Leonid Kuchma in 1991. He also supported Ukrainian President Viktor Yanukovych, whose questionable election victory, promoted by Putin, resulted in Ukraine’s Orange Revolution of 2004.

Sergeytsev is also a member of the Russian far right Zinoviev Club, named after Alexander Zinoviev. Zinoviev was a champion of Josef Stalin as a model leader, the murderous dictator who ruled the Soviet Union from 1928 to 1953.

Given this pedigree, it’s not surprising that it was Sergeytsev who wrote the answer to the question about what Russia should do about Ukraine.

A fight against Nazis?

In the invented world he describes in his article, Sergeytsev accuses both Ukraine’s former President Petro Poroshenko and current President, Volodymyr Zelensky, of using “total terror” against the Russian “anti-fascists in Odesa, Kharkov, Dnepropetrovsk, Mariupol and other Russia cities.”

As for the Donbass regions of Donetsk and Lukhansk in Ukraine’s east, where pro-Russian separatists have fought Ukraine over the past eight years, Sergeytsev says they have been bravely rebelling “against Ukrainian Nazism.”

Sergeytsev calls for the destruction of all “Nazis that have taken up arms” and that they “should be destroyed to the maximum on the battlefield.”

He includes the Ukrainian armed forces, the national battalions, the territorial defense forces and “a significant part of the masses, which are passive Nazis” and “are also guilty.”