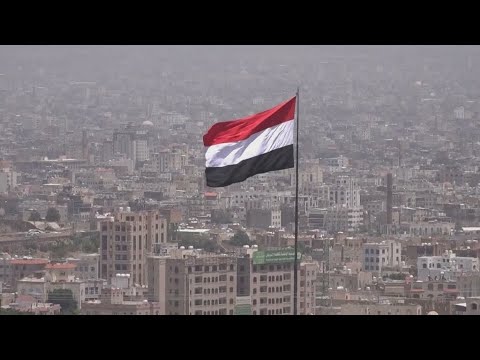 ( Human Rights Watch) – The protracted conflict in Yemen has killed almost a quarter of a million people directly or indirectly due to inadequate food, health care, and infrastructure. It has included unlawful attack after unlawful attack, with homes, hospitals, schools, and bridges among the civilian objects that the warring parties have targeted. Fighting has internally displaced more than 4 million people from their homes. Food insecurity is on the rise.

The conflict that began in 2014 between the Houthi armed group and the government of President Abdo Rabbu Mansour Hadi morphed in 2015 into a conflict between the Houthis and the US-backed coalition led by Saudi Arabia and the United Arab Emirates (UAE). Today the fighting includes nearly 50 other battlefronts.

The UN Security Council panel of experts has reported for several years that Iran continues to supply the Houthis with weapons. The US has also supported the Saudi and UAE-led coalition politically, particularly by shielding the coalition from criticism and enabling the United Nations Security Council to focus its scrutiny only on the Houthis, as seen in Resolution 2216, drafted by the United Kingdom in 2015.

Since 2015, the United States has supplied Saudi Arabia and the UAE with billions of dollars’ worth of weapons, training and logistical support, including aerial refueling until 2018, as the coalition conducts its aerial bombing campaigns. Human Rights Watch has documented the coalition’s use of US-manufactured weapons in at least 21 apparently unlawful attacks under the laws of war. These attacks include the March 15, 2016, attack on a market in the village of Mastaba in northwestern Yemen, which killed at least 97 civilians, and the attack on October 13, 2016, on a funeral ceremony in Yemen’s capital, Sana’a, which killed at least 100 people and wounded more than 500, including children.

The Houthi armed group also continues to launch indiscriminate attacks into populated areas, including into internally displaced people’s camps in Yemen’s Marib governorate. Despite the ongoing toll on civilians, the US continues to sell weapons and provide training and logistical support to the coalition.

One recent sale approved by the Biden administration happened in December, when Raytheon, a leading US defense company, sold $650 million of air-to-air missiles and associated equipment to Saudi Arabia. In response to a Human Rights Watch 2018 inquiry about the steps Raytheon takes to ensure protection of civilians, Raytheon’s vice president, Timothy F. Schultz, wrote that “Raytheon sales of munitions to Saudi Arabia have been and remain in compliance with US law and do not violate US or international legal requirements applicable to the company.”

Raytheon and other US companies operating in the weapons sector have responsibilities under the Organisation for Economic Co-operation and Development Guidelines for Multinational Enterprises and the UN Guiding Principles on Business and Human Rights to assess the impacts of their operations, sales and services, based on international human rights requirements and the laws of war. While the United States government facilitates the company’s weapons sales, the company says it complies with US law and policies. There are still serious concerns that Raytheon is not meeting its human rights responsibilities as its munitions continue to be used to commit violations of international humanitarian law.

Even though the US government is aware of credible allegations that US-made weapons are being used in violation of international humanitarian law, the US has possibly violated its own obligations by continuing arms sales to the coalition. Government officials could be legally liable for war crimes in Yemen, a consideration raised in a State Department Inspector General report in 2020.

The US condemns likely war crimes committed in other armed conflicts, such as those by Russia in Ukraine, but continues to support the coalition that is committing similar violations in Yemen. Yemeni civilians have also told Human Rights Watch that by supplying weapons used to target them, the US has contributed to antagonism, pain and resentment. Yemenis say that they are well aware that some of the bombs that fall on their homes and heads are made in the US, as weapon remnants found at strike sites by journalists, researchers and others have repeatedly shown.

The US continues to show an inadequate commitment to ensuring accountability for the possible crimes of its allies, Saudi Arabia and the UAE, and for its own role. After seven years of ignoring rights groups’ warnings of potential US complicity in serious crimes in Yemen, Washington needs to reverse course and take concrete steps to end its complicity, including by suspending weapon sales to Saudi Arabia and the UAE until they curtail unlawful airstrikes. The US should also pursue credible investigations and prosecutions into previous alleged violations.