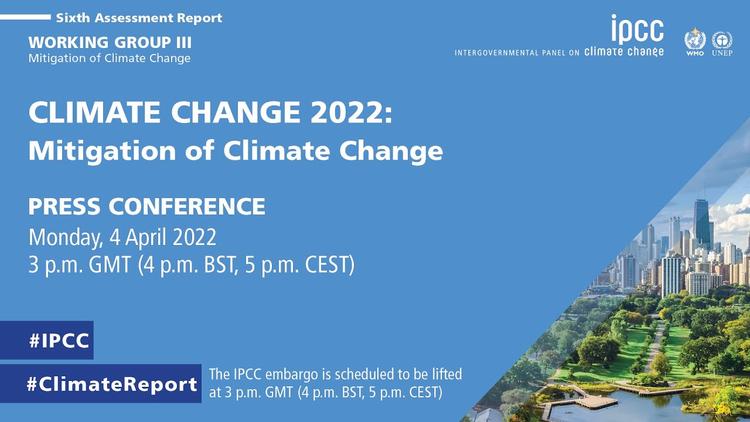 The world has the means to avert the greatest ravages of global heating – but we must deploy them immediately, while eliminating the fuels and activities that threaten to warm Earth beyond safe levels. This is the conclusion of a new report by the Intergovernmental Panel on Climate Change (IPCC), a consortium of the world’s top scientists convened by the UN.

Wind turbines, electric vehicles, regenerative farming and heat pumps – the technologies and techniques capable of ending the fossil fuel era are now well known. Debate continues on the best combination of tools and methods for peaking emissions by 2025, as the report states we must. But what have we learned about how to deploy them all effectively?

Tommy Wiedmann, an IPCC lead author and professor of sustainability research at UNSW Sydney in Australia, says that opportunities to cut carbon emissions cheaply have multiplied since 2014, mostly due to “the plunging cost of renewables”. Even so, the emissions saved as a result of industrial processes become more efficient have been more than offset by an expanding global economy.

“Technology is not a silver bullet. To have a chance of halving global emissions by 2030, we must use fewer high-carbon products and adopt less emissions-intensive lifestyles. Like all other changes required, these cannot be incremental,” he says.

In other words, replacing sources of pollution with low-carbon alternatives will be much easier if high-emitting nations start consuming less energy and resources.

The new report reiterated the importance of tackling climate change fairly. That means the countries and entities most responsible for greenhouse gas pollution supporting the green transition in low-emitting countries with technology and aid.

Arunima Malik, another lead author and a senior lecturer in sustainability at the University of Sydney, says: “Emissions reduction policies must be inclusive and avoid unintended consequences such as exacerbating existing poverty and hunger. The transition to a low-carbon world should be equitable and leave no one behind.”

The report also compiled the quickest ways to make deep emissions cuts. According to Frank Jotzo, another lead author and a professor of public policy at Australia National University: “The IPCC identifies clean electricity and agriculture/forestry/land use as the sectors where the greatest emissions reductions can be achieved, followed by industry and transport.

“Further low-emissions opportunities exist in other areas of production, buildings and the urban sector, as well as shifts in consumer demand. Overall, half the options to cut emissions by 50% cost less than US$20 a tonne.”

On that point about land use, Annette Cowie – lead author and adjunct professor of soil and plant science at the University of New England in the US – says that the land “has a central role in getting to net zero [emissions] through measures that remove CO₂ from the atmosphere and store it, such as tree planting [and] soil carbon management”.

The transport sector remains a carbon-wheezing laggard. In 2019, all the world’s cars, buses, lorries and trains produced nearly a quarter of total emissions.

Cutting emissions from transport by up to 90% of current levels is possible by 2050, says Alan Jenn, assistant professional researcher in transportation at the University of California, Davis in the US. “That sort of drastic reduction would require a major, rapid rethinking of how people get around globally.”

You may have noticed the beginning of a shift from internal combustion engine cars which run on fossil fuels. Electric passenger vehicle sales doubled in 2021, making up about 9% of all sales. “Falling costs for renewable energy and electric vehicle batteries, in addition to policy changes, have slowed the growth of climate change in the past decade,” Jenn says.

But, he says, how much “electrifying the transportation system” can “cut greenhouse gas emissions ultimately depends on how clean the electricity grid is. China, for example, is aiming for 20% of its vehicles to be electric by 2025, but its electric grid is still heavily reliant on coal.”

Elsewhere, reducing travel, and commuting in particular, is possible through expanding access to teleworking and videoconferencing. Schemes that allow people to share bikes or scooters “can get more people out of vehicles entirely”, Jenn says. And since 8% of global emissions come from vehicles in urban centres, “efficient city planning” is needed to “help [people] from cars to public transit, [using] strategies that avoid urban sprawl and disincentivize personal cars”.

Landmark scientific reports do not exist in a vacuum, of course. The IPCC analysed studies published before October 2021 to produce its new report. “Since then,” according to Myles Allen, a professor of geosystem science at the University of Oxford, and Hugh Helferty, a chemist at Queen’s University Ontario in Canada, “wholesale prices of most fossil fuels have more than doubled”.

Russia’s invasion of Ukraine and the unfolding energy crisis could make it easier or harder to stop climate change, depending on how the problem is framed, they say.

“The invasion has highlighted both the dangers of ignoring [the] responsibility [of producers] for fossil fuels, and an opportunity to embrace it. Who are the producers? The vast bulk of fossil carbon dioxide comes from products produced and sold by fewer than 80 companies – all of whom are doing rather well at the moment…

“Until we adopt the principle that anyone producing or selling fossil fuels is responsible for disposal of all the carbon dioxide generated by their activities and products, we aren’t going to stop climate change. And when we do, we will. It really is that simple.”