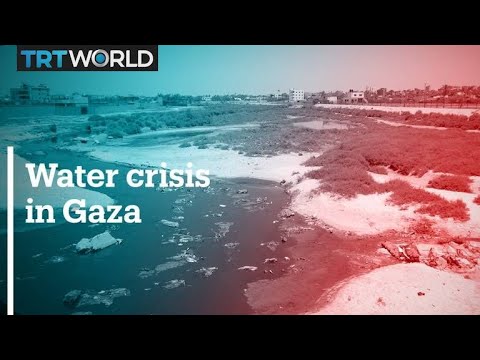 ( Middle East Monitor ) – Yesterday evening, I had the opportunity to have the Ramadan break-fast iftar meal with a university professor from Gaza. He was my neighbour’s old university classmate and was transiting through Istanbul on his way from Makkah. The guest had his young son with him, who kept silent and smiled most of the evening. The man was pleasant, clever and optimistic.

“The situation in Gaza Strip has improved lately,” the man said. “We grow our own vegetables and many fruits. We produce our own poultry and some of our fish, either by fishing or farming. Actually, our fishermen are very experienced and use modern technology, and could do very well provided they are allowed to go deep in the sea by the Israeli occupation army.”

“The population is 2.3 million, and every year we have 50,000 newborns,” he explained. “As for electricity, it has not really gone back to normal, but we learned how to adapt. Although we usually receive six hours of electricity a day, many of us installed solar panels and are able to produce enough electricity to keep our refrigerators and other essential items, like the internet and lighting, on.”

The scarcity of clean water “is a more serious issue,” he warned. As a result of the enclave’s population density, sewage water often pollutes the ground water, while the Strip’s proximity to the sea means saltwater also contaminates the groundwater unless there is enough rain, he explained.

He added that the local government in Gaza “has come a long way.” At the security level, police have become more professional and tensions that once used to arise with the public now no longer do. “Anyone can now go to courts of law and complain, and justice will be delivered to them, even if it is against the government. I am aware of such cases,” he said.

The improvements within the government come in spite of the fact that authorities in Gaza have no access to Palestinian tax monies collected on behalf of Palestinians by the occupation authorities. As a result, the local government has had to find alternative sources of income, but this has been successful and has enabled it to pay the salaries of civil servants monthly and on time. These have, however, been cut to 60 per cent of the salaries which staff were once paid, our guest explained.

“Now,” he continued, “some labourers started going back to their jobs in Israel, about 30,000 of them.”

“Many of these labourers still have connections with their Jewish employers, and once they reach out to them they are given priority in employment. You know our people are very experienced in construction work and the market is in need of their expertise. Most of them earn a $100 a day, some of them earn up to $500 a day.” We were all shocked by this.

We asked him about poverty in Gaza and how Palestinians survive, to which he said: “The Gaza Strip receives $10 million monthly in Qatari humanitarian aid. At some stage the Israelis wanted to disrupt this, that could have resulted in a war, fortunately, the aid continued. The amount goes to 100,000 families; each family gets $100. I know is not much, but it can cover the essential cost of living such as bread and vegetables. Do not forget the UNRWA, it is still working on the ground.”

“We have a very active civil society that works effectively to address social problems including accessibility to marry. I am not saying everything is fine, mind you, we are still under foreign occupation.”

“Our people are clever and hardworking,” he continued, “they can produce anything if the Israeli occupation allows raw materials in, but unfortunately, this is not always possible.”

He spoke clearly about the Palestinians’ unity to face Israel’s ongoing occupation. “When it comes to resisting the occupation, all the people of Gaza are united. You know, for us, we Palestinians, it is not about living a good life. We were offered billions of dollars by the Americans but we declined, everyone is behind the resistance. We have already seen the Palestinian Authority, they have taken American money, but where did it get them?” he asked.