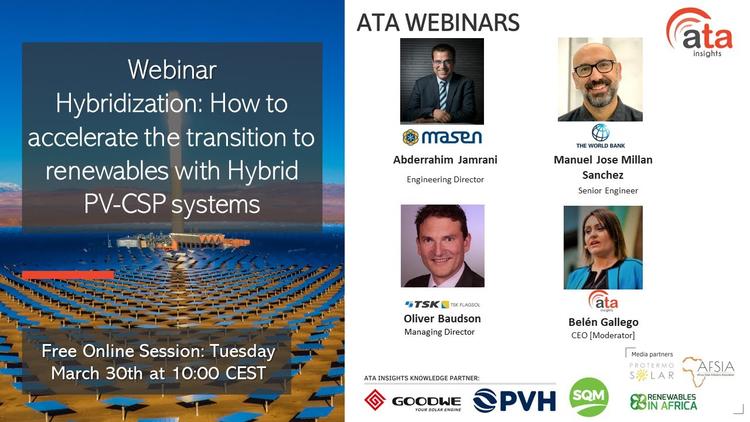 Ann Arbor (Informed Comment) – Morocco hosted a big energy conference with 19,000 attendees recently, at which it celebrated its partnership with Masdar, the green energy company based in the UAE, which is committed to a new solar farm that will generate 800 megawatts of electricity. Attendee Sultan bin Ahmed Al Jaber, the UAE minister of technology and advanced industry, underlined that

“”Here in the Kingdom of Morocco, Masdar, in partnership with the National Office of Electricity and Drinking Water, has implemented a landmark solar home systems project to provide power to nearly 20,000 homes in more than 1,000 rural towns across Morocco.”

In the global south, people outside big cities are often underserved regarding electricity, and these projects have the double benefit of providing clean electricity and of further electrifying the countryside. Electricity can be important not only to the ease of life in villages but also to agricultural productivity.

Al Jaber added, “We also want to develop the Noor Midelt solar power plant, which has a total installed capacity of 800 MW.”

Nour Mdelt will only be the newest addition to Morocco’s already impressive solar arrays. Morocco has the largest solar concentrating plant in the world, the Noor Ouarzazate. It powers a million homes on the edge of the Sahara, and has a molten salt battery that goes on generating electricity for hours after the sun sets.

Morocco is the Middle Eastern country that has made the most strides toward renewable energy, through a combination of need and foresight. The North African kingdom does not have much in the way of fossil fuels itself, and so must import its energy. Plus, most Middle Eastern governments provide energy subsidies to consumers as part of the bargain governments make with the people, to take care of them if they avoid too much politics. Between paying for the imported coal, oil and methane gas and then subsidizing their cost for consumers, the government faced big bills every year. So over a decade ago, Rabat decided to try to get two gigawatts each of solar, wind and new hydro, in which by now it has largely succeeded.

Aida Alami at the BBC writes that Morocco reached 37% renewable electricity by 2020. She adds, “the country has come a long way. Morocco has since pledged to increase the renewables in its electricity mix to 52% by 2030, made up of 20% solar, 20% wind and 12% hydro.”

The new Noor Midelt solar park is a hybrid project with concentrated solar and photovoltaic solar. It is expected to be commissioned in 2022. Mixing the two forms of solar energy has been shown to reduce costs, and such plants produce electricity more cheaply than natural gas. The Noor Midelt plant will go on working for five hours after sunset.

I would just like to point out that the US only gets 20% of its electricity from renewables, and that the lion’s share of that is hydroelectricity, so Morocco is way ahead of the United States in the proportion of solar and wind in its electricity grid.