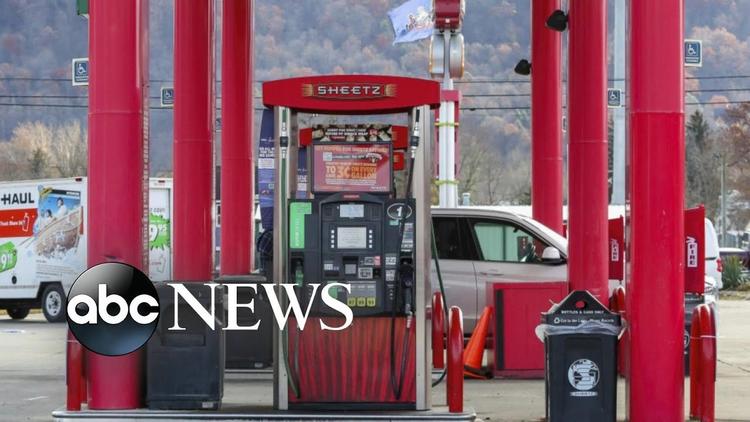 By Gorana Grgić, University of Sydney | –

Any sort of analysis that tries to draw lessons from an evolving event such as an ongoing major war is a potentially futile task. On the one hand, there is a fog of war that prevents us from understanding the tactical developments. On the other hand, the time lag is still much too short to allow us to fully comprehend the consequences and impact of what has aptly been described as Europe’s September 11.

Yet, there is no doubt the Russian invasion of Ukraine will have an irrevocable effect on the state of international affairs for years to come. It has accelerated some of the negative trends in world politics – the great power rivalry between the West and revisionist powers such as Russia and China, and economic nationalism.

Equally, it has brought about sweeping foreign policy changes in some of the most powerful European countries, notably Germany.

However, on the other side of the Atlantic, rather than bringing about a major shift in foreign policy, Russia’s aggression has highlighted tensions in US foreign policy.

The struggle between democracies and autocracies

From early in his presidency, US President Joe Biden has promoted policies that made the renewal of democracy in the United States and around the world the central tenet of his tenure. His most recent major speech, delivered in Warsaw, pointed to the continuity of the battle for democracy that follows the end of the Cold War and continues today.

The lofty rhetoric on the fight to defend democracy, while laudable and urgent, has inevitably drawn criticism. Those who believe democracy promotion has to begin at home rightly argue the United States has to address its myriad issues of democratic malaise before it is able to point fingers abroad.

Others believe the “democratic clubbiness” might be counterproductive in an increasingly complex world.

This is not a new tension in modern US history. After all, the track record of US foreign policy during the Cold War was one in which democratic ideals failed to meet reality, both at home and abroad.

Yet, the early decades of the 21st century present an even greater challenge on this front. For one, some of the most recent US foreign policy record in democracy promotion failed to effect durable and positive changes. For example, the US intervention in Afghanistan is widely seen as a failure.

Even more pressingly, the Trump administration’s democratic rollback at home has had an indelible impact. The reputation of the US suffered a huge blow around the world. The Biden administration must continue to wrestle with restoring good faith towards the country.

Boots on ground are out, economic warfare is in

Principles and values in foreign policy are one thing, but the action a country is prepared to take to defend them is quite another. So far, it has been abundantly clear the Biden administration leans more towards pragmatism than idealism. This has been most notable in the imposition of no-fly zones in Ukraine.

Ukrainian President Volodymyr Zelenskyy, and even some of the foremost US allies in Eastern Europe, have been imploring Biden to enforce a no-fly zone in Ukraine. However, both the executive and legislative branches have made it clear they would only do so if one of the NATO member states was attacked.

The reluctance to escalate the military intervention reflects the anxiety that such action might increase the risk of armed exchanges with Russia, or even lead to a world war. It is also about acknowledging the American public is wary of war.

At the same time, while Biden is trying to minimise the potential of physical warfare, it has gone hard on economic warfare. Since the Cold War, several US administrations have used economic sanctions to try to change behaviour and impose costs on the target regimes.

However, the scope and size of sanctions imposed on Russia is remarkable given its position as an exporter of hydrocarbons on which some of America’s closest allies are hugely reliant.

This is part of the changing way economics is used in foreign relations.

Biden came into the office signalling that in many ways, the protectionist turn that began under his predecessor would continue. This was predicated on the idea of economic policy for the middle class and weaning off the dependence on critical goods from countries that are in strategic competition with the US.

The issues arise from the messy middle period of building the economic resilience as supply chains are redirected.

Russia’s invasion happened as the Biden administration unveiled its long-awaited Indo-Pacific strategy. This aims to manage the most important strategic relationship of the 21st century – that between the United States and China. After all, the second-order effects of the war in Ukraine have a lot of bearing on China’s relations with Russia and the lessons it can draw from the response of the West.

Even as the US, along with the EU, continues to play the key coordinating role in imposing sanctions on Russia and providing aid and relief to Ukraine, the Biden administration has made a point of signalling America’s long-term strategic interests are not primarily in Europe.

This is why the US has been supportive of European defence integration, along with reassuring US allies in the Indo-Pacific that it has not lost its long-term strategic vision.

Much like during the Cold War, where adversarial relations and great power politics marked the nature of the international system, the United States will have to find a way to balance its international commitments with domestic economic security and democratic renewal.

Unlike during the Cold War, this task will be much harder given the complexity of the actors and the challenges it needs to address.