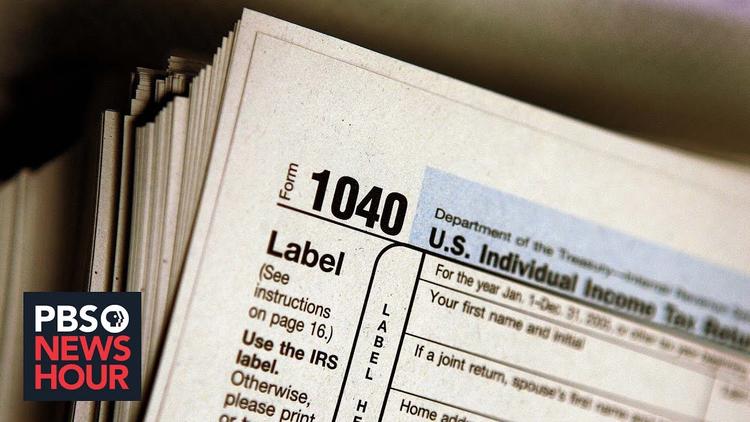 ( ProPublica ) – Which people and professions rake in the most income year after year? Which are most adept at shielding that money from the taxman? And what does this tell you about America?

The top earners, of course, are often fodder for lists — but those are usually based on estimates or even speculation.

A trove of IRS data obtained by ProPublica has the definitive answers, revealing the incomes and tax rates of the 400 Americans with the highest incomes from 2013 to 2018. It took an average of $110 million per year in income to crack that list — with plenty of names you would expect and some that may surprise you.

Secret IRS files reveal the top US income-earners and how their tax rates vary more than their incomes. Tech titans, hedge fund managers and heirs dominate the list, while the likes of Taylor Swift and LeBron James didn’t even make the top 400.

We’ll also show how much the 400 paid in federal income taxes. (ProPublica is naming the 15 highest income earners, along with an assortment that represent income patterns that we’ve identified.)

In theory, our tax system is designed to tax the rich at higher rates than everyone else. That’s not the way it works at the loftiest incomes. The data reveals a system where the very highest earners, on average, pay far lower tax rates than the merely affluent do. And even among the top 400, some groups have it better than others: Tech billionaires pay rates well below even other business owners.

We sought comment from every person named in this story. Most did not respond or declined to comment.

In an era of widening gaps between the rich and everyone else, ProPublica’s analysis shows that the U.S. tax system is making inequality worse.

Let’s walk you through the world of the highest-earning Americans.

The Top 400 Take Large Deductions, Which Lower Their Effective Tax Rates ..Buy, Borrow, Die” method: They borrow against their wealth to avoid taxes, then their estates are able to skirt taxes after their deaths.To make it into the top 400, each person on this list had to make an average of at least $110 million each year. A typical American making $40,000 would have to work for 2,750 years to make what the lowest-earning person in this group made in one. Each of the top 11 averaged over $1 billion in income annually from 2013 to 2018. The typical American would have to work for 25,000 years to make $1 billion.

Among the top 400, certain groups of people stood out. Tech billionaires made up 10 of the top 15 incomes. Their income generally came from selling stock. About a fifth of the top 400 earners were managers of hedge funds, making them the largest group we identified. Because their companies are typically set up as private firms, the income they make each year from trading stocks, options and other financial instruments flows directly to them.

Executives and founders of private-equity firms also stood out. These people generally make their money by buying companies and reselling them for a profit. Heirs of large fortunes also make appearances. Among the top 400, there are 11 heirs of Walmart founders Sam and Bud Walton and four of Amway founder Richard DeVos. These Walton and DeVos heirs generally received their income from dividends or other forms of investment income produced by their large inheritances.

So what kind of taxes do these 400 people pay?

In a progressive tax system, the more income you make, the higher your tax rate is. But in the U.S., that’s only partly true.

On average, the rate of income tax that people pay does climb as incomes ascend into the top 1%, but when you get to the range of $2 million to $5 million, that trend stops. The group earning in this range, composed mostly of business owners and workers with extremely high salaries, paid an average income tax rate of 29% from 2013 to 2018. After that, average tax rates actually drop the further up in income you go….

In the American system, there’s a huge difference between how we tax wages and how we tax investments. Income from financial assets is generally taxed at a lower rate.

Many of the top 400 hit the sweet spot of high incomes and low taxes on much of that income — landing them in the cluster to the right on this chart. Their income mostly stems from stock sales taxed at the lower rate. Since 2013, that long-term capital gains rate has been 20%, about half the top rate on ordinary income (37% in 2018). This pattern is especially true of tech billionaires like Bill Gates, whose income came predominantly from sales of Microsoft stock during this period. Every penny of Gates’ taxable income was eligible for the lower rate. That was generally true of the other tech billionaires as well.

Executives and founders of private-equity firms also commonly report a high percentage of income from long-term capital gains, bringing their tax rates lower. They sometimes accomplish this through complex tax maneuvers and the controversial carried-interest loophole, which allows them to treat fees from managing clients’ money as investment income. Critics argue that these fees should be taxed as ordinary income.

Taxing long-term capital gains at lower rates than income is not new. The U.S. has done so for most of the past century. But in 2003, under President George W. Bush, that special rate was extended to most stock dividends, or money paid out to owners of a company’s stock, for the first time in U.S. history.

That change particularly benefited the wealthy. Together, the top 400 saved an average of $1.9 billion in taxes each year — due solely to the lower rate on dividends. These five benefited the most.

*The estimated average annual tax savings by Larry Ellison excludes one year of data because his savings that year were unclear.

The Walton and DeVos heirs especially benefited from the lower dividend tax rates. Collectively, the 11 Walton descendants in the top 400 saved $371 million a year due to this tax change.

Conversely, managers of hedge funds​​, because they often make their income through short-term trades, are often taxed mostly at the higher, ordinary rate. (There are exceptions, though.)

The kind of income the top 400 have isn’t the only thing that determines their lower tax rates. The ultrawealthy often take huge deductions that reduce their income subject to tax.

Tech billionaires stood out in this regard. They often made large charitable donations from their stock holdings. A generous provision of the tax code allows them to deduct the full value of the stock at its current price — without having to sell it and pay capital gains tax.

Michael Bloomberg achieved one of the lowest tax rates in the top 400 partly by taking annual deductions of more than $1 billion, mostly through charitable contributions. From 2013 to 2017, he also wrote off an average of $409 million each year from what he’d paid in state and local taxes. The 2018 tax overhaul limited that deduction to $10,000 — but also introduced a huge new deduction that Bloomberg benefited from.

Those two factors — the amount of income taxed at the advantageous rate and the ability to muster large deductions — are the main drivers of lower tax rates for those with the highest incomes.

Among the top 400, rates between different groups ranged widely, depending on the interplay of those two factors. Tech billionaires paid rates well below that average. By contrast, we found nine owners of privately held manufacturing companies who paid relatively higher tax rates, because the income from their businesses is largely taxed at the ordinary rate.

Tax Rates Vary Widely From Tech Billionaires to Owners of Manufacturing Businesses . . . Selected heirs include the 11 Walton descendants and four Devos descendants in the top 400.

Some of this variation in rates reflects how people structure their businesses under tax law. Income earned by publicly traded corporations is taxed at the company level. When it’s passed on to big shareholders (such as tech billionaires or Walton heirs) it can come in the form of dividends, which are taxed at lower rates than ordinary income. By contrast, the income from some manufacturing companies and hedge funds flows directly to company owners, who pay taxes on it, resulting in higher effective tax rates on average.

But income taxes are only part of the story. A majority of workers actually pay more in taxes for Social Security and Medicare than income taxes. These payroll taxes are automatically deducted from paychecks every month.

The rich, meanwhile, tend to pay proportionally little of these types of taxes because wages are a small portion of their total income.

Because payroll taxes hit low- and middle-income workers disproportionately, they can wipe out the progressivity of income taxes. It’s common for wage earners to pay a higher rate of personal federal taxes than even the highest-earning Americans.

… It’s even more striking when you compare ordinary Americans with the very wealthiest Americans, as opposed to just those with the highest incomes.

As we showed last year, the richest avoid income when they can. Then they pay very little in tax when it’s measured against their growing wealth. The top 25 wealthiest Americans got $401 billion richer from 2014 to 2018, but paid just $13.6 billion in federal income taxes, a “true tax rate,” as we called it, of 3.4%.

Even the conventional income tax rate for this top 25 is remarkably low: 16%.

Over time, the gap between those at the top and ordinary Americans has gotten wider. This is evident when looking at both wealth and income.

Wealth and Income at the Top Exploded, While the Typical American’s Were Stagnant

The Top 400 Income Earners Search by name or industry:

*Only the names of selected individuals are shown. Each individual’s percentage of income taxed at the lower rate is calculated using their highest income earning year from 2013 to 2018.

Ash Ngu is a reporter, designer and developer with ProPublica’s news apps team.

Jesse Eisinger is a senior editor and reporter at ProPublica.

Jeff Ernsthausen is a data reporter at ProPublica.