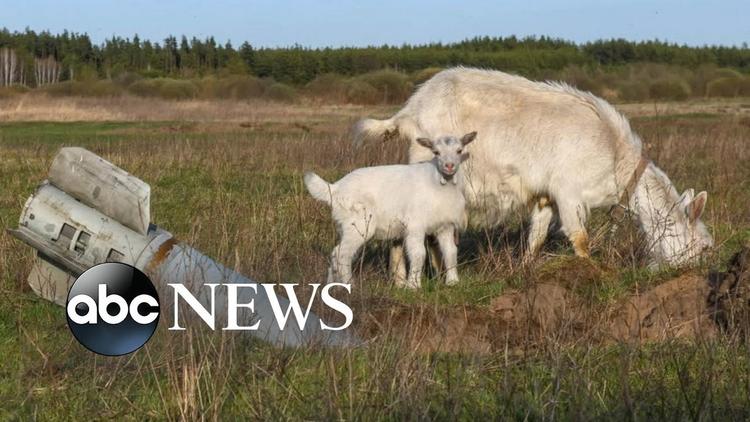 Greenfield, Mass. (Special to Informed Comment) – This report “is an atlas of human suffering and a damning indictment of failed climate leadership.” Such was the response of UN secretary general Antonio Guterres to the February 28, 2022 report of the Intergovernmental Panel on Climate Change (IPCC) documenting the present and future impact of the climate crisis on humans and society. Half the world’s population–more than 3.6 billion people, mostly poor Africans and south Asians–live with heightened risk of life-threatening floods, wildfires, heatwaves, rising sea levels, droughts, and climate-related respiratory and gastrointestinal illnesses due to the apathy of the wealthy, powerful governments. The privileged governments, most answerable for impending climate catastrophe, fail yearly to meet their pledged greenhouse gas emissions targets and fall short in promised climate adaptation money to developing countries.

Moreover, President Biden recently ordered more production of oil and gas on public lands, betraying his campaign promises to “tackle the climate emergency,” a move that is moral madness.

We have barely enough time to save the planet and ourselves, the recent IPCC report underscores. By 2025–just three years from now–if we have not stopped increasing greenhouse gas emissions, we will fail to keep climate crises from “putting us on track toward an unlivable world.”

But who, except climate scientists and the most climate-vulnerable of the world, are paying attention? Since February 20, western news media has fixated exclusively on the brutal Russian war in Ukraine, a European war putting some 40 million Ukrainian people at risk, with barely a back page mention of the IPCC report and the billions of people of color in the deadly path of climate Armageddon. The fossil-fueled war in Ukraine has preempted our global climate crisis and the crucial need for action.

On April 6 more than 1000 climate scientists engaged in unprecedented civil disobedience–occupying the steps of government agencies, blocking bridges, and chaining themselves to fossil fuel-friendly banks and the White House fence. Their central message is that world leaders are not diminishing their use of fossil fuels [in fact, they are expanding it now with the Russian/Ukrainian conflict], and that we are in the “11th hour in terms of Earth breakdown.”

“I feel terrified for my kids and terrified for humanity,” said climate scientist Peter Kalmus chained to the front door of major fossil-fuel funder JPMorgan Chase building in Los Angeles. “Everything we love is at risk…including even civilization itself and the wonderful, beautiful cosmically precious life on this planet.” Kalmus and his fellow protesters were arrested by 100 Los Angeles police officers in riot gear.

Federal budgets are moral documents; they mirror a nation’s values and more tangibly, its heart and soul. President Biden’s proposed budget for fiscal year 2023 allocates $813 billion to the Pentagon for weapons making and war–our weapons and wars and our allies’ (some of which are autocrats and criminals) weapons and wars.

Between 2002 and 2021, the five major weapons industries spent $1.2 billion on federal lobbying and campaign funding, which earned them $2.3 trillion in Pentagon contracts, all for our illegal wars in Afghanistan and Iraq, dozens of undercover military campaigns across the globe, and 750 military bases worldwide.

The proposed State Department budget for 2023 is $60.4 billion, about 7 percent of the Pentagon’s budget. What does this say about the value we place on peace negotiations for the goal of resolving conflict, allocating 7 cents for conflict resolution for every dollar dedicated to weapons of war. It’s not even 7 cents for peace negotiations since the State Department–allegedly our non-militarized arm in conflicts–negotiates arms deals and military training, as they are currently doing in Ukraine.

Further, the 100+ independent-of-government peace organizations in the United States run on small budgets, if any, and rely on many volunteers. Peace work is mainly funded by sweat equity–of great worth, but non-monetary: meeting with elected officials and their staff, drafting legislation, mobilizing letter-writing and lobbying campaigns, public protests, public speaking, publishing op-eds and letters to the editor; and conducting goodwill visits to so-called enemy countries.

The same proposed 2023 budget allocates $45 billion for clean energy, preparing for climate crises, and helping developing countries ready for climate crises. The budget, then, proposes to spend little more than a nickel for climate crisis spending for every dollar spent on war and ever more lethal weapons. In a recent election cycle, (2017-2018), oil, gas and coal industries outspent renewable energy companies 13-1 on federal lobbying and campaigns.

If the federal budget mirrors a government’s heart and soul, which I think it does, our national government is riddled with heart disease and soul decay. If humanity and much of life on Earth is to survive, we need a climate revolution and a peace revolution, a direction that the majority of Americans prefer. We do not need another Cold War with Russia and China, nor hundreds of fossil fuel and weapons lobbyists lining the pockets of members of Congress, nor an elephant-sized US military budget (the sole budget item Republicans and Democrats can agree on) in 2023, with crumbs from the master’s table left for diplomacy and clean energy.