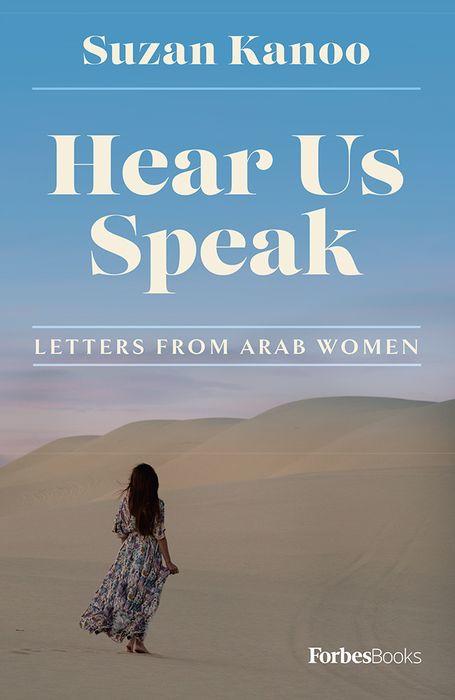 Manama (Special to Informed Comment) – Change is coming, I promise. Even as the pace of modernization in the Arab world shows some signs of acceleration, we all must recognize that deep-rooted cultural norms around women’s roles and rights are slow to evolve. Guess who is going to change that? The women of Generation Z.

I was an Arab Muslim girl in an American school in Bahrain from elementary through high school. I grew up between two cultures. Of course, my Arab Muslim side dominated, but I was struck by the beauty, independence and inspiration from my American experience. I wove those threads of independence into my own professional life, taking on roles as a CEO, activist, and an advocate for change.

In researching my book, Hear Us Speak: Letter from Arab Women, I met with Gen Z Arab women in their late teens and early 20s. They’ve grown up exposed to the outside world through social media, and they’re emboldened! These women are determined to live life on their own terms and they believe that, in the foreseeable future, Arab women will be treated equally and with due respect.

These signs of revolution exhibited by young women paint a hopeful picture. Throughout all the interviews I did with these amazing women, there was an undeniable common thread of strength. Their stories ran the gamut from pain and abuse to forgiveness and moving on. They chose to forgive and help others overcome.

The process of writing Hear Us Speak confirmed some theories I had been thinking about. On a global level, this post-Millennial generation is more socially conscious, ethical and rebellious. We’re talking about a group of women who demonstrate some remarkable traits:

A commitment to keep pushing for progress. Ambitions to build careers, including in fields traditionally reserved for men A willingness to break away from entrenched customs and norms Respect their own bodies, hearts, and minds. Belief in the power of education—and the need for more ubiquitous access to it. A desire for relationships based on mutual respect and understanding. No expectations that a husband will care for them financially or emotionally. Refusal to accept a husband taking on another wife. An expectation that their future husbands will treat their sons and daughters equally.

A pivotal moment in my research came when my daughter, Lara, brought several friends home and we sat together in the parlor. Light was pouring in through the skylight overhead as these bright, strong girls from different backgrounds, all of them wearing the latest fashions, told me their stories. One young woman was covered and quiet, but when she talked she said incredibly smart and beautiful things. Another talked about how she no longer wears a hijab as a result of her father experiencing a change of heart a few years back.

She spoke with force and great passion, often interjecting a new idea. “So tell me about double standards,”

I said. “Do you feel like you face them?”

One young woman replied, “Oh, absolutely. We have to do more to be on the same level as a man—even if the guy puts in half of the effort.”

“I think if we want to change the double standard,” another girl chimed in, “we have to start at home. That’s always where real change begins: in the family unit.”

One thing is for sure, this generation doesn’t hold back! They know exactly what the playing field is like for them in a region with double standards, but they aren’t whining about it. They can see above it. That evening spent with strong and empowered Gen Z women left me with a sense of hope for the months and years ahead.

The experience also left me with one last letter request, one from my daughter. “Would you write a letter to me, Lara?” I asked my daughter.

She was surprised. “What am I supposed to write?” I told her it was up to her. It took a couple of days, but then one morning I opened my inbox and there it was:

“We have trudged distances and grasped mere glimpses of equality. But I also see the change destined to come. A change that will eradicate the ceaseless inequality and allow equal opportunities. But we will not stop here. You have shown me this, Mama, since I was a young girl. Because of that, I will not give up.”

I think that says it all. The kids are more than alright. They’re changing the world.

*** Suzan “Suzy” Kanoo is a Bahraini CEO, activist and advocate for change. Her book, Hear Us Speak, shares letters from Arab women about their experiences facing deeply entrenched cultural sexism and human rights abuse. A graduate of the Harvard Business School, Suzy has been named one of the most successful women business leaders in Bahrain.

Suzan Kanoo is a Bahraini CEO, activist and advocate for change. Her book, Hear Us Speak, shares letters from Arab women about their experiences facing deeply entrenched cultural sexism and human rights abuse. A graduate of the Harvard Business School, Suzy has been named one of the most successful women business leaders in Bahrain. Her website is Suzy Kanoo.