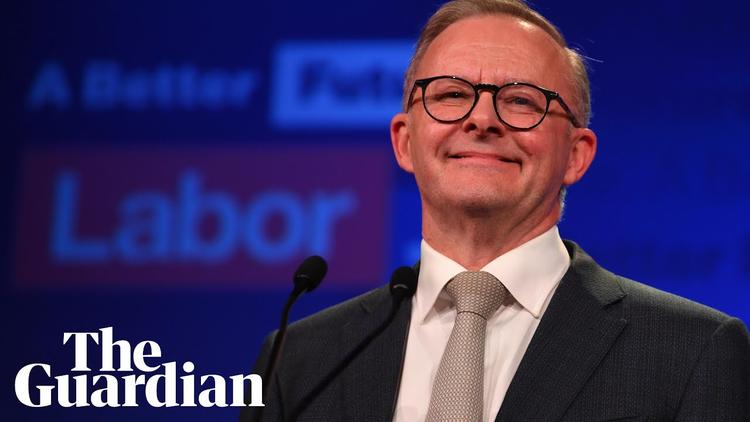 Ann Arbor (Informed Comment) – The Australian Prime Minister Scott Morrison, who had headed the conservative Liberal-National Coalition since 2018, has been turned out of office, and the climate emergency played a key role in his defeat.

Morrison’s rival, victorious Labor Party leader Anthony Albanese, proclaimed that Australia could become a “renewable energy superpower.” He also said, that there is now an opportunity to end the culture wars over climate change. He added, “Australian business know that good action on climate change is good for jobs and good for our economy, and I want to join the global effort.”

Morrison was blithely nonchalant about the climate emergency and very dedicated to Australia’s coal industry. If you count the coal they export, the 25 million Australians have one of the highest per capita carbon dioxide emission rates in the world.

From October of 2019 through March of 2020 (an Australian summer), the country experienced unusually high temperatures, setting the stage for an unprecedentedly catastrophic bush fire season.

Morrison did not seem particularly upset about the raging fires, which licked at Sidney suburbs, did a billion and a half US dollars in property damage, and killed or displaced an estimated three billion animals, leaving the iconic koala bear on the doorstep of extinction.

Like an antipodean Ted Cruz, Morrison packed his family into a jetliner and went off on holiday in Hawaii after the bush fires had begun raging. The outcry forced him to apologize and to admit that human-fueled climate change contributed to the calamity. Increasing surface temperatures have dried Australia out, making massive bush fires more likely. Critics said that Morrison just never understood the urgency of action on the climate.

A poll of 15,000 Australians conducted by YouGov this past January found high levels of public anxiety about Morrison’s lackadaisical pace in addressing the climate emergency.

Some 60% of respondents had doubts about whether Morrison’s vague commitment to reach net carbon zero by 2050 is enough. And 41% of those polled were positively convinced that net zero by 2050 was “too little, too late.” Not to mention that the measures Morrison was willing to take could not have resulted in net zero by 2050 anyway.

Not only did a big majority of the country think Morisson wasn’t doing nearly enough on climate, 70% believe that there are great economic benefits to be had by Australia if it goes green.

This sentiment hurt the Liberal-National coalition badly in this week’s election, which shrank dramatically in the Lower House to only 55 seats. Some coalition members of parliament defected and ran as independents, with a climate friendly platform. The Green Party won only a single seat in 2018, but this year it looks to have four seats in the lower house,

It is not clear that Labor Party can reach the requisite 76 seats in the Lower House needed to form a government on its own. If it falls short, it will have to seek allies, either among the pro-environment Liberal-National defectors who ran as independents, or among the Greens.That could give the anti-climate-change agenda a pivotal importance for the government of incoming Prime Minister Albanese.