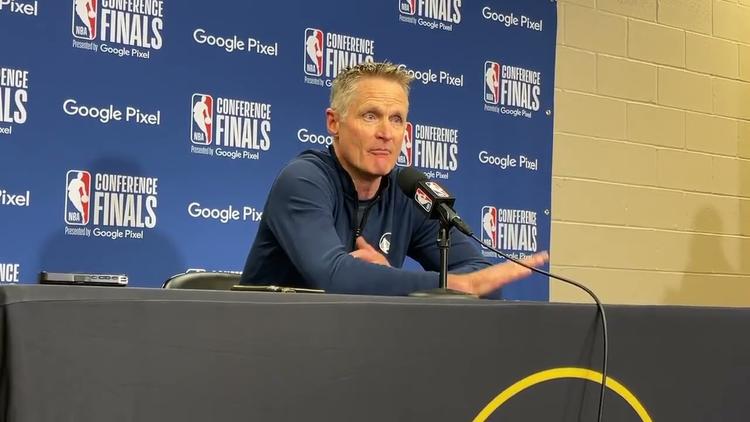 Ann Arbor (Informed Comment) – 21 are dead in another mass shooting, including 19 schoolchildren. The white slavers of the Old Souoth used to call US slavery our “peculiar institution.” Nowadays we have another peculiar institution, the gun culture.

And we are peculiar. When it comes to gun violence, the United States is less like France, Britain, Italy and Japan, other members of the G7 industrialized democracies, and more like Brazil, Venezuela, and Colombia. Competition for scarce resources in poor countries and weak governments drive gun violence in the latter three. But the US at least on the surface is wealthy and has a strong government.

Italy has violent criminal organizations in places like Sicily and Florence, but its rate of death from firearms is 1.31 per 100,000 residents. In 2021 793 people died in gun violence in Italy. That would be like 4,435 people dying of gun violence annually in the United States.

Article continues after bonus IC video
ESPN: “Steve Kerr spoke about the mass shooting at a school in Uvalde, Texas.”

The actual statistic? In 2021 45,009 Americans died of gunshot wounds, with 20,919 of those being homicides. The rest were suicides. This year’s rate is 12.21 per 100K. 1,560 of these deaths were children or teens, more than twice as many deaths by gunshot, proportionally, as were suffered by the entire UK in 2021 even when we account for the difference in its population and that of the US.

Turkey has absorbed something like 3.5 million Syrian refugees fleeing a civil war, and has endemic Turkish-Kurdish violence, suffering also from ISIL terrorism. The country is middle income but not wealthy, with a nominal per capita GDP per year of $9,539. In the US it is $63,000. Turkey’s rate of gun deaths per 100k is 1.95. In absolute numbers, people with guns killed 1,626 people last year, equivalent to 6,362 dead Americans because Turkey is only about a fourth as populous as we are.

So, you know, Swaziland and El Salvador are strange company for the United States on a key social statistic.

In my view, there are two reasons for which we can’t do better on gun deaths than countries whose biggest industries include lawless drug cartels (Mexico has better gun statistics per 100k than we do).

First, we do not in fact have strong governance. You could see that in the Jan. 6 insurrection, when congressional representatives and senators came within an inch of being hanged by a motley crew of scruffy white supremacists.

The billionaires and corporate CEOs don’t want to pay their fair share of taxes, which has left the government bankrupt. Our national debt now exceeds our annual GDP, which is a danger signal. Moreover, the corporations do not want to be regulated by the government, so they buy congressmen and senators and write the regulations for them and order them to pass them into law. This is called “regulatory capture,” and it is how the U.S. is run.

Contrast New Zealand and Australia, which have actual governments as opposed to corporate holding companies. When those countries had mass shootings, they promptly banned semi-automatic weapons and assault rifles. The problem has since been much less severe. We can’t do that because we don’t have a proper government.

You could say that isn’t much money, but because John Roberts abolished campaign finance reform and classed money as speech (it isn’t), it actually is more than enough to engage in regulatory capture on the Hill. That is, so many congress people and senators get funding from the gun lobby for their campaigns that it is impossible to pass even the mildest of gun safety measures. The problem isn’t voters, in most of the country. It is the lobbyists. They not only managed to buy Congress but in so doing they have bought the Supreme Court indirectly.

After all, the film business in the US before COVID was only $35 billion, but Disney wrote ridiculous copyright laws to protect Mickey Mouse from going into the public domain that extend copyright to a century. If you invented a cure for cancer, it would be generic in only a few years. But if you write a song about curing cancer, it will be protected for a hundred years.

Corporate power distorts the US economy and cultural life in deleterious ways, and the capture by the gun manufacturers of gun regulation at the national level is one of our great tragedies and crosses to bear. We may have nice homes and apartments and a better life than even French and Italians materially, but we don’t know if our children will get home from school without bullet holes in them. We have the money of a France or Japan or Germany but the insecurity and anxiety of a Brazil or Venezuela.

The other part of the equation is that although our per capita income looks impressive, because of our vast income inequality there is actually a Third World country inside the United States. Our rich live in gated communities with their own security. Our poor are at risk for being caught in the crossfire of gang shootings. They are living in a situation more like Colombia’s or Mexico’s than like that of the Malibu or Manhattan set. As inequality worsens further, so does security for all but the affluent.

So, welcome to the Third World, folks. Trump may have derided sh*thole countries, but he and his ilk are exactly the people who have turned America into one.