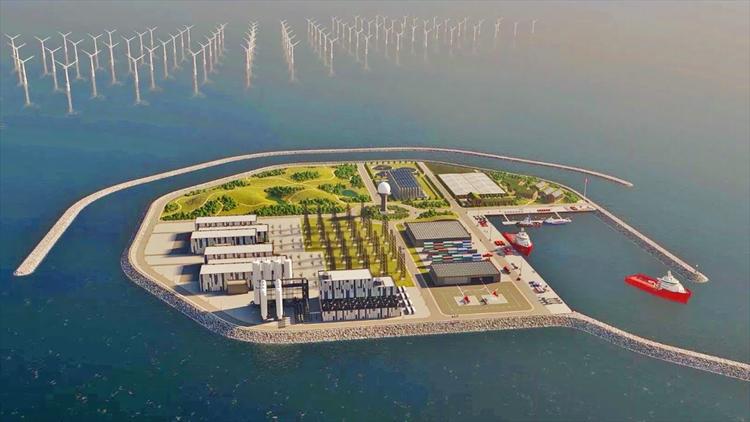 Ann Arbor (Informed Comment) – Europe has faced a dilemma in standing up to Russia’s invasion of Ukraine, since most European countries have tied themselves to Russian methane gas and petroleum imports. These countries are thus funding the very war they rail against. Denmark, for its part, is accelerating the building of two mammoth wind facilities, one on an island in the Baltic Sea and the other on an artificial island in the North Sea. The wind facilities were scheduled to be completed by 2030, but in a declaration of independence from Russian gas, Dan Jørgensen, Denmark’s minister of Climate, Energy and Utilities, has said that his country must “be free of Russian fossil fuels as soon as possible” by moving the schedule substantially up.

Denmark only uses methane (inaccurately called “natural”) gas to generate about 6% of its electricity, and imported Russian gas only makes up 15.8 percent of Danish gas-fired electricity production. This methane gas form of electricity generation is easily replaced by renewables such as wind and solar. Scotland, which has just about the same size population as Denmark (5.3 million versus 5.8 million), already gets almost all its electricity from renewable energy.

About 52% of Denmark’s electricity is already generated by wind and solar (most of this, 48%, is wind– solar only provides about 4%). The country has several big offshore wind projects even apart from the islands.

The first of the projects will be built as an artificial or caisson island west of Jutland in the North Sea, about 50 miles from the coastal town of Thorsminde. Its wind turbines will initially generate 3 gigawatts of electricity but can be expanded to 10. The facility will be mojority government-owned, which helps explain why Minister Jørgensen believes the project can be substantially sped up.

The project, the biggest construction project in Denmark’s history, will cost $52 billion, and the island will be home to at least 200 wind turbines, each 850 feet high, and will possibly expand to 600 turbines.

The wind facility in the Baltic Sea will be built on the existing island of Bornholm and is planned to generate 2 gigawatts of power.

Denmark is blessed with strong and constant winds off its coast and so is ideally positioned to move to this form of renewables.

The two ginormous wind farms will eventually together generate 12 gigawatts of power, more than Denmark needs for itself, so the excess will be exported to neighbors (helping them also escape dependence on Russia).

The German government is also pledging to accelerate the legal approval procedures for onshore wind turbines, in view of the urgency of reducing dependence on Russian methane gas. German Minister of Climate and Energy Robert Habeck said Monday in Berlin that he was in “a hurry” to expand renewables.