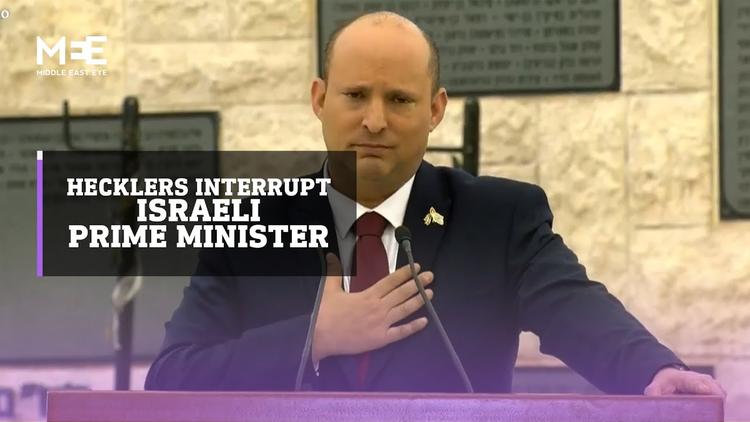 Before forming the current dilapidated government coalition last year, the Israeli occupation state went through four elections in two years. Even after the fourth elections, neither of the Israeli parties has succeeded in winning enough seats in parliament to form a stable one-party government or a strong coalition government.

There have been numerous challenges facing Israeli voters when they decide to whom they should give their votes after the fadeout of the historical Israeli parties – Labor, Meretz and Likud – and the emergence of small fragmented and seasonal parties with personal interests plaguing their agendas.

The disintegration of political parties echoes the disintegration of Israeli citizens. Politicians from large parties who win small majorities are involved in fierce fights with other small parties in order to form a coalition government, and they fail. They are sometimes obliged to ally with their fiercest rivals, like in the case of former Israeli prime minister and current head of Likud, Benjamin Netanyahu, and former Alternate Prime Minister and current Defence Minister Benny Gantz.

Netanyahu and Gantz were fierce rivals but were obliged to form a coalition government. Personal interests that plagued their agendas led to the collapse of their alliance and pushed Israel to go to the last vote, which bore the current government.

Take, for example, what The New York Times wrote: “Underlying this drama, analysts say, is one of Mr Netanyahu’s motivations for seeking re-election — his hunch that he can best fight his prosecution from the prime minister’s office. They say he is ready to take the country to election after election — until he wins a stronger parliamentary majority that could grant him immunity from prosecution.”

The New York Times reported Gayil Talshir, a professor of political science at the Hebrew University of Jerusalem, saying: “I don’t know any serious thinker who says Israel is going to another round of elections for reasons other than Netanyahu’s personal interests.”

Looking at other Israeli leaders, including those currently in office, I can say that Netanyahu’s case is only one example of how these leaders care about their personal interests at the expense of the state and its people. Disintegration among Israeli leaders is reflected in Israeli society, which has been suffering from chronic racial discrimination.

Disunity based primarily on racial factors has been noticed across Israeli society, and its danger is ushering in a very imminent collapse of the State of Israel. The impact of this has been clear in the speeches of Israeli leaders during two main events in Israel – Independence Day and Remembrance Day.

Israeli leaders appeared to appeal to Israeli society to ignore differences and unite in order to “beat the enemies.” Opening his speech at the state ceremony marking Israel’s 74th Independence Day, Israeli Prime Minister Naftali Bennet announced: “74 years of statehood has taught us that when the people of Israel are united – no one can beat us.”

He emotionally addressed the Israeli people, stressing the importance of unity. “Dear citizens of Israel, Independence Day is a day of great pride for all of us,” he expressed. “National pride in what we have gone through together and in what we have achieved here together.”

During his speech on Remembrance Day, the annual ceremony held to honour Israel’s fallen soldiers, Bennett conveyed: “Here we are in the eighth decade of the State of Israel. The decade we have never succeeded. This time we have another chance, a third chance for the Jewish people. This time we must, simply must, succeed.”

Bennett explained what type of success Israel wanted. “We must not allow hatred to capture us, to control us. We need to see each other with a good eye, to believe that the other also wants the good for the state, even if his opinion is completely different. We should all always place the good of the state above our sector, above our self-interest.”

Remembering his past as a soldier in the 1990s, Bennett referred to that era as “ideal” concerning unity and lack of discrimination and hatred prevailing over the whole state today. Bennett is lamenting those days; he and other Israeli leaders feel those days are long gone for Israel.

Bennett said: “We were there, in Lebanon, all of us together. Kibbutzniks with urbanites, secular people with religious people, Beersheba with Tel Aviv, right with left, Jews with non-Jews. The connection between us all was natural, something that did not even need to be discussed… Each risked his life for the other. We were brothers.”

This intonation that aimed to appeal to Israeli society to unite and remove internal hatred was very clear in the speeches of other officials, including Alternate Prime Minister and Foreign Minister Yair Lapid, Defence Minister Benny Gantz and others.

Even Israelis have recognised that rotten personal interests have spoiled the agendas of Israeli officials. During Bennett’s Remembrance Day speech, fallen soldiers’ family members shouted: “You should be ashamed of yourself… I hate you… Go out… You should not come here to speak.”

Interior Minister Ayelet Shaked was also heckled by a brother of a fallen soldier during the ceremony organised in Petah Tikva. The heckler called Shaked “disgusting” and called on her to be “ashamed” and to “go home”. He said her attendance “spat in the face of those in grief” after government representatives were urged not to attend such ceremonies.

Gantz, who has said that Remembrance Day is the holiest day in Israel, was also heckled and told not to attend. He also feels that this was a symptom of disunity among the Israelis, so he reiterated the importance of unity during his speeches.

It seems racial discrimination and disunity have become chronic diseases among Israeli citizens and its leaders, who are preoccupied with disunity, which they believe could lead to the collapse of the State of Israel. Therefore, they continue inviting Israelis to ignore their differences. However, the disintegration among political leaders, and the extreme polarisation among Israeli society, ushers in more disunity and a more imminent collapse of the state.