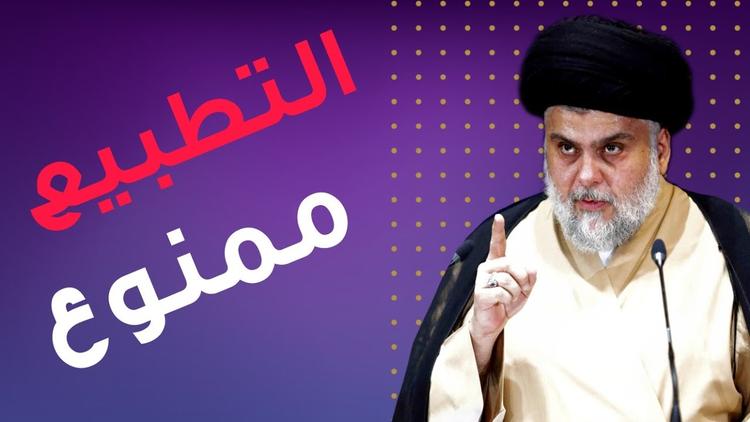 Ann Arbor (Informed Comment) – The Neoconservatives who pushed for the Bush-Cheney war on Iraq in 2003 hoped that by toppling the Arab nationalist dictator Saddam Hussein they could recreate Iraq as a country friendly to US interests and regional allies like Israel. I was told by one military officer that he was in the room with Doug Feith, the number 3 man at the Pentagon, when Feith said that Saddam was like a computer processor. You just take out the old processor and put in a new one, he said. The historian Bernard Lewis at Princeton allegedly said that the British colonization of Iraq had failed and the country needed to be recolonized and reshaped.

I was once on a panel with another Neoconservative, the former CIA director James Woolsey, where I pointed out that in the 2005 elections, the pro-Iranian Shiite parties had come to power in Iraq. Woolsey warned against “Shia-phobia” and wanted to play down this development. I heard it alleged that the Neoconservatives believed that the Shiites, if they came to power, would not support the largely Sunni Palestinians and would identify more with Israel as a country ruled by a minority (the Jews) in the largely Sunni Muslim Middle East.

The Neoconservatives never knew anything serious about Iraqi Shiites, they just dreamed up a pliant version of them to push their plans.

The Neoconservative dream for Iraq largely failed, but nowhere is that failure more glaring than in the law passed on Thursday by the Iraqi parliament outlawing normalization with Israel and making dealing with Israel a crime punishable by life in prison or even death. The law was aimed at combating the tide of normalization kicked off by the Abraham Accords under Trump’s special envoy for the Middle East, his son-in-law Jared Kushner. The United Arab Emirates, Bahrain and Morocco recognized Israel in return for access to US high tech weaponry and other quid pro quos. Bahrain’s Sunni monarchy wanted not to be bothered about crackdowns on the majority of Shiites. The UAE wanted next-generation weapons from the US. Morocco wanted to sideline the issue of the Western Sahara.

Iraq is saying “no.”

19 years after the US invasion of Iraq, that is the outcome.

Iraq.net reports that the Fifth Iraqi parliament since the US invasion, led by Speaker Muhammad al-Halbusi, a Sunni from the Progressive Party, attained a quorum of 275 out of 329 members of parliament. As soon as Halbusi brought the legislature into session, the delegates began voting on the anti-normalization bill. It had been introduced by Shiite leader Muqtada al-Sadr.

Halbusi’s Shiite deputy speaker, the Sadrist Hakim al-Zamili, said after the bill was passed into law,

“This law that was passed by a consensus of the MPs voting is a true reflection of the will of the people, and a courageous national decision. It takes a position unique on the world stage of criminalizing relations with the Zionist entity.”

He called for the parliaments of other Arab countries to follow suit.

The bill, which aims at prohibiting all types of relation with Israel, had been discussed the previous week.

The law attracted cross-sectarian and wide support, being backed by powerful kingmaker Muqtada Al-Sadr, a cleric who is long-time critic of the US and Israel and whose militia used to fight the US military. Al-Sadr’s coalition bloc is now the largest in parliament. It was also backed by the Sunni al-Halbusi and his Progressive Party, and by the Kurdistan Democratic Party of Massoud Barzani.

Al Jazeera reports that a government spokesman said that the new law is intended to safeguard national, Islamic and humanitarian principles in Iraq, given the severe dangers that would arise from normalization with Israel, which he referred to as the “Zionist entity.” He made clear that the Israeli occupation of the Palestinian territories was one of the prime drivers of the law.

A festive mood of celebration was visible in parliament after the vote. Muqtada al-Sadr urged his followers to go into the streets and celebrate the passage of the law outlawing normalizatio with what he called the “terrorist Zionist entity.”

The leader of the hard line Shiite League of the Righteous militia, Naim al-Uboudi, praised the step and said it would breathe new life into the Palestinian cause.

Former parliamentarian Kamil al-Dulaimi said that both Kurds and Sunnis had sometimes been accused of having ties to Israel, and that this vote should put paid to any such idea.

Journalist Mazin al-Zaidi was more pessimistic. He said that the parliament voted in early 2020 to expel US troops from the country, but the decree was not implemented (there are still a couple thousand US troop trainers in country). He worried that implementation of this law could also be difficult.

The Iraqi Shiite militias, who are trained and guided by the Iranian Revolutionary Guard Corps, are especially outspoken against Israel. They have units in Syria to support dictator Bashar al-Assad, and appear to have raised Israeli alarms. It is rumored that Israel has sometimes struck at them, both in Syria and in Iraq.

The US State Department, which used to help run Iraq in the zeroes of this century, expressed dismay at the law. With the US bogged down in supporting Ukraine and doing complicated diplomacy with NATO and the EU, Washington gives Iraq little attention any more and appears to have no levers of power left. Washington needs Middle Eastern states to pump more oil to allow its boycott of Russian petroleum to succeed.