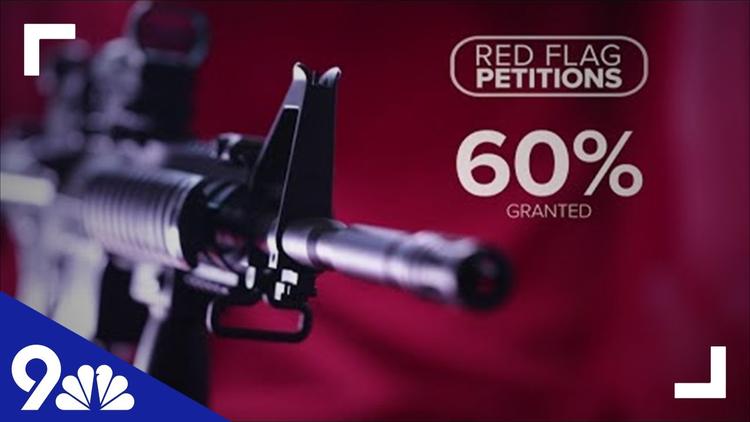 ( ProPublica ) – Cole Wist was a Republican state House member in Colorado with an A grade from the NRA. Then, in 2018, he supported a red flag law, sponsoring a bill to allow guns to be taken away — temporarily — from people who pose an immediate threat to themselves or others.

After a sheriff’s deputy was murdered in a Denver suburb, Colorado state Rep. Cole Wist took action by sponsoring a red flag bill. It likely cost him his seat. ProPublica spoke to Wist about the harsh realities of gun reform.

Wist lost his seat in the legislature that year in the face of an intense backlash from Rocky Mountain Gun Owners, a gun rights organization in Colorado that boasts it accepts “no compromise” as it battles “the gun grabbers.” The group campaigned against him, distributing flyers and referring to him on social media as “Cole the Mole.”

Wist, an attorney, doesn’t regret trying to enact what he considered a measured response to an epidemic of gun violence in the United States. He acted after a mentally ill man in his Denver suburb killed a sheriff’s deputy. The bill didn’t pass until after Wist was out of office and his successor, Tom Sullivan, shepherded it through. Sullivan is a Democrat who lost his son in the Aurora theater massacre.

Wist left the Republican Party this year, citing the Jan. 6, 2021, insurrection as the reason, and is now unaffiliated with any political party. Days after the slaughter of 19 children and 2 adults in an elementary school in Texas, ProPublica talked to Wist about the challenges ahead as proponents once again work to enact gun reforms.

Colorado is one of 19 states, including Illinois, Florida and Indiana, that have red flag laws, sometimes called extreme risk protection orders. Texas does not. After the Robb Elementary School murders on Tuesday, a bipartisan coalition in the U.S. Senate agreed to negotiate over possible anti-violence measures, including expanding red flag laws.

In Colorado, a spokesperson for the Rocky Mountain Gun Owners called Wist “a sellout” on Friday and said the organization had no choice but to work against him. “At the end of the day, my goal is to hold politicians accountable regardless of whether they’re a Republican or a Democrat,” said RMGO’s Executive Director Taylor Rhodes.

Rhodes called the assault on the elementary school a “massive terrorist attack” but said gun control is not the answer.

“We protect everything in our nation that’s valuable with guns. We protect our banks with guns, courthouses … our homes. We protect them with guns.” The group’s logo includes an image of a firearm that resembles an assault rifle.

This interview with Wist has been edited for length and clarity.

Tell me about why you introduced the legislation in Colorado.

Every time we have an incident like this, people tend to go into their camps. We’ve got some folks who say we should ban certain kinds of guns or expand universal background checks or any other number of policy proposals to try to eliminate guns from society. On the other hand, you have folks who say no, these are mental health issues, this is an indication of a larger mental health crisis in the country. But you know, I don’t really hear a whole lot of policy solutions from those folks. So in an effort to try to pair concerns about mental health and the combination of mental health crisis with access to firearms and weapons, I started investigating extreme risk protection orders and how they’ve been passed in other states. And one of the first states in the country to do this was Indiana. And I don’t think you’d really think that Indiana is a hard left state, by any means. … And ultimately, I decided to sponsor legislation relating to extreme risk protection orders.

When you served in the state legislature, the Republicans controlled the state Senate and Democrats had the House. What was the makeup of your district?

I represented a district that at that time was predominantly Republican. It had historically elected Republican legislators, but it was a suburban district becoming more purple. And, you know, look, when you’re elected to represent a district in the legislature, you’re not just elected by the people that voted for you, you’re elected to represent everyone in the district, and that includes unaffiliated and Democratic voters.

Who opposed you when you ran for reelection in 2018?

So there’s a group called the Rocky Mountain Gun Owners, a very active gun rights organization. They targeted me or targeted my race for campaign activity and actively worked against me. … They put flyers on people’s doors, including my own door, and used their resources to campaign against me.

Are the Rocky Mountain Gun Owners similar to the National Rifle Association?

I think they characterize themselves as being the no-compromise gun rights organization. So I would characterize them as certainly more aggressive on gun rights issues than the NRA, and the NRA is the more well-known organization, the one with more resources. But in Colorado, Rocky Mountain Gun Owners is the gun rights group that seems to have the most sway. They’ve been successful in recalling a couple of legislators here.

Did it seem like they sacrificed your seat to send a message to other lawmakers to stay in line?

I guess that’s a fair interpretation, that you either stay in line and vote the party line on this issue, or they will remove you. And that’s what they did. I mean, there were other factors in play in 2018. That was also the midterm election of Donald Trump’s first term in office or his only term in office. … So there were more issues in play than gun policy. But it was certainly a group that worked against my reelection and didn’t help. … It might have been enough to suppress turnout on the Republican side for me.

What was the reaction from the GOP leadership to your sponsorship of the red flag bill?

I was the assistant minority leader in the state House at that point. There was an effort to strip me of that leadership post. That effort failed. I think there’s some reluctance in Republican circles here to take on groups like the Rocky Mountain Gun Owners for fear of getting primaried, for fear of having them work against you. And I suppose people may look at my experience as being something that deters them from even having conversations. I introduced a bill that was very controversial. In those circles, even being open to conversations about gun policy or gun safety legislation creates risk for folks in Republican circles here. So, if your objective is to stay in office for a long time and continue to get reelected … you don’t cross that line.

In the aftermath of Uvalde, what does your experience suggest about the likelihood of our politicians enacting some measures to prevent future atrocities?

I see some of the same signs happening again, in the aftermath of this event, where everyone sort of retreats to the corners. And some people are calling for banning certain kinds of guns and changing the purchase age for certain kinds of guns. If you try to ban AR-15s, I think that’s a policy solution that some people think is something we should do. I don’t agree with that. We’ve got millions of guns already in the possession of gun owners across the country. How much of an impact are you going to have if you ban certain kinds of guns at this point? I think a better discussion is to talk about why people commit these kinds of violent acts with guns and other weapons. … And so I think red flag laws and legislation that focuses on trying to reduce risk and talking about why these kinds of events happen is the most productive conversation for us to have. Let’s give law enforcement and families tools that they can use.

But one of the things that’s lost in this conversation is that — I’ll talk specifically about Colorado — we have one of the highest suicide rates in the country. We also have one of the highest percentages of gun ownership in the country, and the highest percentage of suicides here are committed by guns. So when folks are going through a severe mental crisis, yes, there’s a risk that they might go commit a homicide, but there’s probably a greater risk that they’re going to hurt themselves. So I think there’s this way of characterizing red flag laws as confiscating guns and trying to hurt someone’s constitutional rights. But instead, I think it’s something that’s being used to help protect that person, to prevent them from harming themselves and prevent them from harming family members.

Can you describe the toll this experience took on you and your family?

I received threats as a result of going through that process. And that was very stressful for my family. I don’t miss that part of public life. And, you know, social media and other things have made being in office very difficult. And folks can say just about anything and do say just about anything. So I can choose to do a couple of things. As a private citizen, I can kind of retreat from this and not talk about it, or try to do what I can to raise awareness and just try to encourage folks to come together. I don’t know that you’re ever going to change everyone’s minds. But we don’t solve problems unless we talk to each other and not talk past each other. And every time we have an incident like what happened in Texas this week, there’s sort of the initial, let’s talk, let’s come together, let’s talk about this. But I’m just amazed at how quickly everyone just sort of retreats to the same old political position. I hope this time is different.