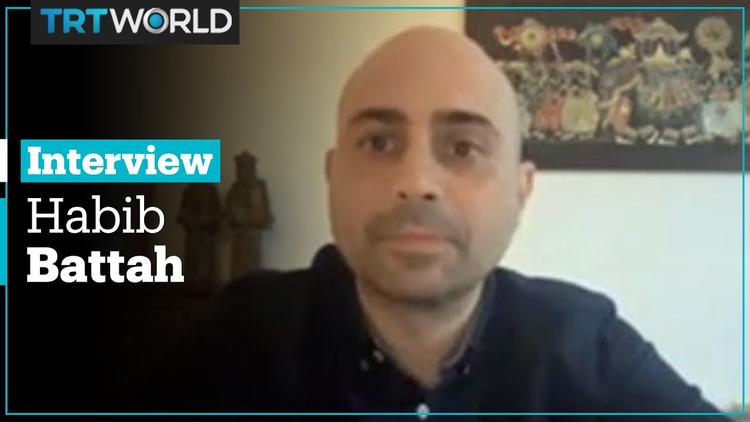 Lebanese voters are signalling a desire for change, with Hezbollah and its allies losing ground across the country in a parliamentary election.

Just as the recent election in Northern Ireland brought a boost for the non-sectarian Alliance Party, Lebanon’s election saw significant gains for political representatives untethered to sectarian politics. Like Northern Ireland, Lebanon’s political system is set up to share power. Its new parliament will have various sectarian blocs, revolving around Hezbollah and rival party Lebanese Forces, and a sizeable non-sectarian group campaigning on economic issues, social justice and accountability.

Hezbollah, a pro-Iranian Shia-based party, emerged in 1982 largely in response to Israel’s invasion of Lebanon. It gained prominence after the end of Lebanon’s civil war (1975-1990) and its share of parliament seats started rising in the 2000 elections. After the departure of Syrian troops from Lebanon in 2005, its alliance with key political players such as the other Shia-based political party, Amal, and the Christian-based Free Patriotic Movement allowed it to gradually block major policy processes deemed detrimental to its interests such as negotiations on its demilitarisation.

The Hezbollah bloc has lost ground to rivals across the spectrum. Results indicate that the pro-Thawra opposition candidates have made significant gains, capturing up to 13 seats. The Thawra name harks back to October 2019, as the state’s economy went into freefall, when an uprising of ordinary citizens, often called the Thawra, campaigned for all sectarian leaders to resign and for rights for foreign domestic workers, women and LGBTQ+ people.

In this election the Lebanese Forces party has used widespread anger against Hezbollah and its allies to increase its number of parliamentarians. Lebanese Forces has positioned itself as the main faction willing to contest Hezbollah in the power-sharing government.

Opposition gains have been secured even in areas traditionally seen as Hezbollah strongholds. In 2018, Hezbollah and its allies won 71 seats, making it the biggest faction in the parliament. Hezbollah emerged from Sunday’s election weakened as many voters blame the party for hindering an independent investigation into the Beirut port explosion which killed more than 200 people.

This national election took place as Lebanon struggled with a series of crises beginning in 2019, including an economic meltdown that left more than 75% of the population below the poverty line, in what the World Bank ranks as among the three most severe economic collapses anywhere since the 19th century. The country is also dealing with the aftermath of the port disaster. More recently Russia’s invasion of Ukraine has pushed millions close to starvation because of Lebanon’s heavy dependence on Ukrainian wheat.

Lebanon’s political power-sharing system is deliberately designed to protect the entrenched interests of the state’s powerful sectarian leaders. All seats in the 128-member parliament are reserved on a sectarian basis and the powerful factions have often functioned on behalf of other powers, such as Iran and Saudi Arabia.

For its supporters, the power-sharing system gives guarantees of political representation to the main groups and ensures that no faction can control the government.

Critics point to a number of drawbacks with the system. Some Lebanese people are reliant on their sect leaders to distribute basic services, such as healthcare. Lebanon is further crippled by paralysis and dysfunction, with the government rarely passing any new laws.

Yet, despite many barriers to change, we may be beginning to see cracks in the system to allow anti-sectarian and independent opposition candidates to emerge as a serious force in Lebanon.

In recent years, hundreds of thousands of Lebanese have voiced dissent by taking to the streets to demand an end to the state’s corrupt leaders, branded by protesters as “thieves”.

While the protests eventually ran out of steam, it built a platform for a political movement that has now gained independent parliamentary seats.

While it is tempting to suggest that Lebanon’s election has ushered in significant change, caveats are required. Voter turnout was 41%, lower than in 2018. This may point more to apathy and disillusionment than hope.

Obsolete electoral laws have not kept pace with people’s lives, and may have been a factor in the low turnout. In Lebanon, people must vote in the constituencies where they were born. With fuel prices rising and a crumbling transportation system, many could not travel to their birthplace hours away.

This result could lead to political stalemate and confrontational power-sharing. The parliament could turn into a polarised arena where parties with opposing agendas are supposed to share power. The main factions are likely to disagree on the new speaker of parliament and on the allocation of executive ministerial positions, making it difficult for the council of ministers to address the disastrous economic situation.

Factions are also likely to disagree on the new presidential candidate set to replace current president Michel Aoun five months from now at the end of his term.

Yet there is still room for optimism. The success of these independent candidates demonstrates that anti-sectarian politics can succeed in an environment designed to prohibit it flourishing. Unlikely breakthroughs in sectarian strongholds represent notable and exceptional gains.

Independent candidates have not had the array of tools at the disposal of the major sectarian parties. They do not have the economic clout to court votes or have links to powerful media networks to echo their message. They also can’t ask for support from powerful states, such as Iran and Saudi Arabia. Their candidates are more likely to be harangued and attacked by sectarian factions.

Nevertheless, their victory in Lebanon’s elections has powerful implications. It is one of the key achievements of the 2019 Thawra movement, a landmark episode that many had dismissed for not having achieved very much.