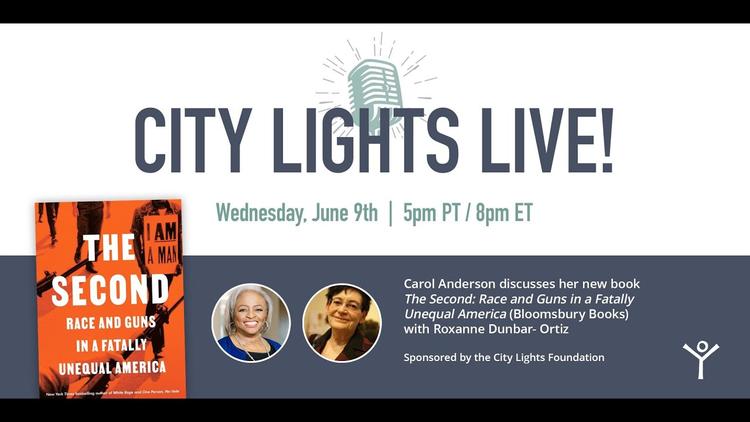 Gainesville, Florida (Special to Informed Comment) – Citizens are waking up to the fact that so many politicians can be so easily bought by the weapons industry, an industry that doesn’t care how many people must die to protect their huge profits. SafeHome.org reports that after a record year in 2020, gun sales in the U.S. dipped slightly in 2021. Still, with nearly 19 million guns sold, 2021 was the second-highest year for gun sales in the U.S. — behind only 2020, when estimated gun sales topped 21 million. The previous record year was 2016, with about 16 million guns sold. Total estimated gun sales fell 13 percent between 2020 and 2021, but they remained higher than they were in 2019 (up nearly 40 percent).

The total number of guns sold in 2021 is more than double the number sold in 2001; in fact, sales in the U.S. rose by about 155 percent between 2002 and 2021. No state had more gun sales in 2021 than Texas, where an estimated 1.6 million firearms were sold in the nation’s second-largest state. Florida followed closely with 1.4 million firearms sold.

Thereload.com reported that weapons makers Ruger and Winchester both had profit spikes in recent earnings filings. Their latest 2021 quarters topped record sales the companies had experienced even during the height of the 2020 gun sales surge. The numbers come after July 2021 came in as the second-best July on record for FBI background checks on gun sales.

Ruger reported its net sales in the first six months of 2021 were up over $130 million or 51 percent over the same time last year. The company did nearly $200 million in firearms sales alone between April and June. That represents a 54 percent increase over the same period in 2020, even though the onset of the coronavirus pandemic and rioting drove Americans to gun stores at record rates during that time period.

Gross profits increased 96 percent over the April to June timeframe. They were up 98 percent in the January to June period.

In spite of the above numbers, many citizens are also realizing that the idea of the Second Amendment guaranteeing the right of individual gun ownership is radical and wrong, and was never intended by the Founders to be a barrier to establishing stringent weapons safety and control laws for our community. Turning gun violence into a mental health problem is incorrect , dangerous and irresponsible as anyone with even minimal knowledge of mental health issues knows. It’s of course true people who kill children en masse are crazy, but asserting this really says nothing. All countries have mentally ill and violent people, but U.S. citizens are increasingly more aware that only the USA arms them.

Although the U.S public is demanding real changes for much better safety in weapons regulation, the toxic results of our current lack of adequate weapons control policies continues its deadly pace. The USA cannot any longer allow the profiteering military/industrial complex and their beholden politicians to get away with hiding or changing the subject, hoping the public forgets about the problem until the next mass shooting. By using denial over many years to reject and avoid the need for stringent gun control legislation, the GOP and some Democrats have fallen into a miasma of self induced indifference and dangerous permissiveness toward gun ownership and its deadly consequences.

The large number of weapons in the USA is not only highly profitable for the weapons industry, but also further supports the myth that guns are necessary to maintain the image of ‘rugged individualism’. This is why resistance to legislative proposals to better control gun culture and gun violence itself seem to many gun owners as attacks on their own personality and national identity. The bigger, more powerful the weapon, the more powerful the gun owner feels. Many marginalized and enraged lone wolf murderers, thanks to easy access to assault-style weapons , can misuse Second Amendment gun rights to cleanse the world. Twenty first century U.S. culture still venerates violence with our myth of heroic frontier psychology, but at the very high cost of crippling and killing our children. Historian Roxanne Dunbar-Ortiz in her book “Loaded: A Disarming History of the Second Amendment”, gives alarming statistics about weapons and gun deaths in the USA:

* There are 310 million firearms in the United States, 114 million handguns, 110 million rifles and 86 million shotguns.

* The number of military-style assault weapons in private hands—including the AR-15 semi-automatic rifles used in the massacres at Marjory Stoneman Douglas High School in Parkland, Fla., and at the Sandy Hook Elementary School in Newtown, Conn.—is estimated at 1.5 million.

* The United States has the highest rate of gun ownership in the world, an average of 90 firearms per 100 people.

* “Total gun deaths in the United States average around 37,000 a year, with two-thirds of those deaths being suicides, leaving approximately 12,000 homicides, a thousand of those at the hands of the police.

* Mass shootings—ones that leave four or more people wounded or dead—now occur in the United States, on average, at the pace of one or more per day.

* Disturbing as that fact is, mass shootings currently account for only 2 percent of gun killings annually.

* The number of gun deaths—37,000—is roughly equal to death-by-vehicle incidents in the United States per year.

The Second Amendment, written by James Madison and adopted in 1791, says “a well regulated Militia, being necessary to the security of a free State, the right of the people to keep and bear Arms, shall not be infringed.” Although generations of activists, gun owners and jurists have disagreed about how this should be interpreted in a modernizing world, what has not been recognized is what the Second Amendment was really to be used for.

1).destroying Native communities in the armed march to possess the continent.

Dunbar-Ortiz demonstrates that the violence sanctioned by the Second Amendment was a key factor in transforming America into a “militaristic-business” powerhouse. As the fledgling nation embarked on its relentless westward expansion in the nineteenth century, the labor of millions of slaves was making America exponentially richer and more powerful. Meanwhile, America’s nascent gun culture was growing in tandem with the country’s increasingly sophisticated publishing and firearms-manufacturing industries. Pulp novels romanticized ex-Confederate soldiers and rifle-wielding frontiersmen. Brand-name weapons acquired special status. “In the two decades after the Civil War,” Dunbar-Ortiz writes, “the Winchester rifle was fetishized for killing Indians, and the Colt revolver for outlawry. In the process, gun violence and civilian massacres were not just normalized, but commercially glorified, packaged, promoted and mass marketed.” In twenty first century America, fantasy and myth about frontier psychology still continue being played out by Hollywood, video/internet games and other manufactured fantasies that promote weapons sales.

Just as communities today rely on professional public health experts in epidemiology to control the incidence, distribution, and control of disease in any population, so too for public safety/ health we should rely on experts in weapons control and distribution to advise and design adequate/stringent legislation for community weapons control/regulation. The profile of a gun safety program could include:

1). Prior to approving access to any weapon potential weapon owners should be required to get formal instruction and pass a rigorous background check.

2). An annual inspection by law enforcement authorities on how ammunition and weapons are stored, plus full inspection of weapons themselves should be conducted.

3). Banned weapons could be collected by law enforcement as well.

4). Reimbursement, if any, for banned firearms would be the responsibility of the taxpayer and should be considered an investment in public safety.

After mass shootings many have or will use an amateur and banal analysis of the psychology of killers to provide much needed camouflage for the profiteering military/gun/industrial complex/NRA. Declare that it is a mental health/behavioral health problem all in the killer’s mind and perhaps we won’t notice that our pathetic U.S./state/local non-control weapons policy results in amazingly high murder rates, suicides and frequent mass murders. When deranged people have such remarkably easy access to arsenals of weapons, every so often one of them will go ballistic. We can’t eliminate all political, religious extremism or mental illness, but we can most certainly prevent people from having access to rapid-fire/semi-automatic weapons and thousands of rounds of ammo. The UK has one sixth our murder rate, not because they are psychologically healthier or nicer than the USA. The UK and many other countries just don’t have or allow the weaponry/ hardware to be available do as much damage.

Thoughts and prayers are of little value unless we accept the fact that our laws reducing access to weapons need to be greatly strengthened, not loosened. Gun supporters and expedient politicians who take NRA, firearms industry and other military/industrial complex big donor money while expressing heartfelt prayers, thoughts and condolences for dead children, grieving parents and disrupted communities are disingenuous, disgusting, and deserving maximum shame for their preposterous and irresponsible scapegoating of the mentally ill while letting politicians, devotees of loose access laws and the profiteering gun industry itself continue to squirm out of any responsibility.

1). “Loaded: A Disarming History of the Second Amendment”, by Roxanne Dunbar-Ortiz.

This is a very well researched history of guns and gun laws in the United States, from the original colonization of the country to the present. Dunbar-Ortiz explains that to understand the current obstacles to gun control, we must understand the history of U.S. guns, from their role in the settling of America and the early formation of the new nation continuing up to the present.

2). Richard Slotkin, Olin Professor of English and American Studies, Wesleyan Univ, has written an award-winning trilogy on the myth of the frontier in America includes:

1). “Regeneration Through Violence”,
2). “The Fatal Environment”
3). “Gunfighter Nation” offers an original and highly provocative interpretation of our national experience.