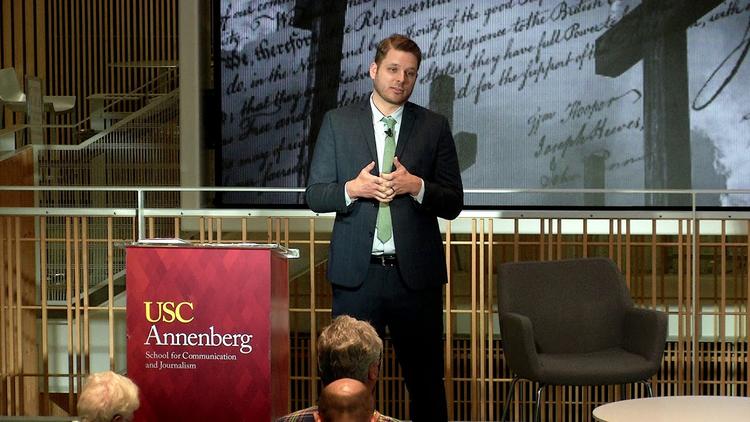 ( Otherwords.org ) – I grew up in a church community that pitted people against each other and called it “Christianity.” As a pastor now myself, I know there’s another way. By Aaron Scott | June 1, 2022

I grew up in rural upstate New York, where life was difficult and often isolating. Folks in our community were very poor, but we took care of one another. Neighbors lavished affection and support on my family.

Still, there was a deep undercurrent of abandonment and anger.

Far from the South, Confederate flags pierced the landscape. And at church, there was often little help for people struggling to overcome isolation, daily struggles, or poverty. Instead, the focus of church life for many people around me was the sin of sex — especially homosexuality.

Now, my dad was a minister, and my mom and grandma were hard-working union organizers. So even at age 9, this hyperfocus on homosexuality made no sense to me. People didn’t have heat in the ice-cold New York winter. But instead of trying to change this, the church focused on sex?

Instead of directing people’s anger at our unequal political system, the church directed this rage at love: men loving men, women loving women. And at people realizing that they had a different gender from the one assigned to them at birth.

When it wasn’t about that, it was about some vague notion that people with different skin colors, languages, or religions somehow took jobs from rural white people, or were supposedly paid more for doing less work.

It was about the idea that poor moral character, rather than an unjust economic system, led some in our community to escape into alcoholism, drug use, and addiction. It led many of us to blame other struggling people — across race and religion — for our own legitimate suffering.

I grew up surrounded by this culture of anger and hate, which pitted people against one another and called itself, perversely, “Christianity.”

But thanks to my family, who fought for the rights of hard-working people, I knew there was another way besides this distorted moral narrative of Christian nationalism. I didn’t know if I could find it within the church, but I wanted to try.

I obtained a scholarship to a parish in Central America, where folks were also quite poor, but where Christianity looked very different. It was a Christianity that sought liberation from all forms of oppression.

This experience prompted me to follow my calling to become a pastor. I wanted to find paths that healed rather than blamed. As part of my personal healing, I accepted the God-given revelation that I am a man, despite being raised as a girl — something I’d known deeply since childhood.

Blessed with this grace, my pastoring eventually led me to another rural impoverished community full of the same struggles — but also the same wisdom and leadership — as my home community.

I co-founded Chaplains on the Harbor in Grays Harbor County, Washington, with other liberation-minded pastors. We walk alongside people who live in poverty, struggle with addiction, and seek connection. We walk alongside them as they make the journey from detoxing on the floor of the county jail to testifying about their experiences and insights in the halls of power.

Now I’m a proud, loving father and part of a national, faith-led movement called the Poor People’s Campaign. We are hundreds of thousands of people strong, working for justice for the 140 million of us in the United States who are poor and low-income.

We work to transform systems of inequality rather than blame people for struggles outside of their control. We don’t identify sexuality, gender, race, or religion as the source of evil. We identify the political choices that create suffering — and work to change them.

Like Martin Luther King Jr., Sojourner Truth, Marsha P. Johnson, and my own mom and grandmother, we love, testify, and march. We’ll be marching in Washington, D.C. for transformation on June 18th. Please join us — in person or virtually.

When we bring everyone in with grace and love, we can truly be free.

Aaron Scott is a co-founder of Chaplains on the Harbor and a member of the Washington State Poor People’s Campaign: A National Call for Moral Revival. He grew up in Mechanicville, New York.