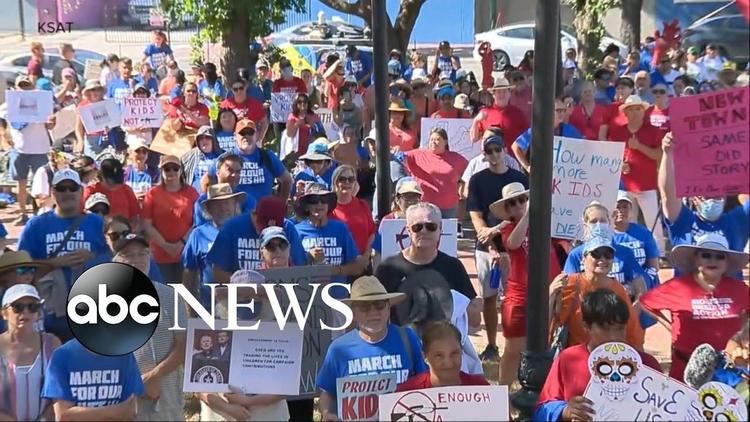 In the days following the horrific school massacre in Uvalde, Texas, firearm stocks rose. Gun buyers, conditioned to fear new restrictions, tend to run out and buy more weapons after shootings like this one.

A well-heeled lobby, a paranoid minority, and the GOP have made it all but impossible to regulate the leading cause of death for American kids.

They seem to believe that lawmakers will respond to mass shootings by making it harder to buy a gun. After all, when other consumer products are found to be a danger to humans, they’re regulated.

Last year, the federal government recalled 40,000 units from a line of children’s bunk beds whose defective ladder killed a 2-year-old in Ohio. And the U.S. Public Interest Research Group offers a lengthy list of toys the government has recalled because of choking hazards.

It makes sense to regulate harmful products, especially where children’s health and safety are concerned.

But thousands of children are victims of gun violence each year, yet weapons of war remain easily available for purchase. The Uvalde shooter bought two AR-15-style rifles legally from a federally licensed gun store just days before the massacre and used one of them to end 21 lives.

After Uvalde, a group of pediatricians published a plea for gun control in Scientific American. The doctors pointed out that gun violence is now the leading cause of death among people aged 1 to 19.

“The politicization of guns, they wrote, is “taking priority over public health.” How else to explain the endless proliferation of killing machines when we won’t even tolerate a faulty ladder?

Many factors drive this politicization.

For one thing, gun sales are big business — some manufacturers with federal contracts even use their profits to lobby against gun control. For another, the National Rifle Association holds great sway in Washington and drives large campaign donations to GOP politicians to ensure inaction.

But at heart, this is a cultural problem.

Hollywood, for example, glamorizes guns the way it once did smoking. Researchers Brad Bushman and Dan Romer found that “acts of gun violence in PG-13 movies nearly tripled” between 1985 and 2015.”

But even more dangerously, guns have become central to the right wing’s culture wars.

They’ve become synonymous with a perverse understanding of “freedom” and “defense” — a word that appears in the name of the manufacturer, Daniel Defense, whose rifle was used to kill children in Uvalde.

“This is a charade,” says Tufts public health professor Michael Siegel of the self-defense trope.

Instead, the “freedom to defend” oneself has become a powerful cultural idea for a shrinking white population whose paranoia is being stoked incessantly by Fox News, the Republican Party, and gun manufacturers.

In one commercial, Daniel Defense founder Marty Daniel narrates: “There are two types of people in the world, good people and evil people. And just in case evil people get in charge, good people need to have the ability to fight back.”

This is “a racialized fear,” says Siegel. The far right’s mostly white, male gun owners are so convinced of this imagined threat from evil “others” that some openly speculated that the Uvalde shooter must have been an “illegal alien” or transgender woman. (He was neither.)

A majority of Americans support gun restrictions. But the GOP gerrymanders districts and relies on the undemocratic Senate and Supreme Court to

As a result, their hate-filled fantasies have made it all but impossible to regulate the leading cause of children’s deaths. Eventually, the pro-gun control majority must ask: How long will we pay for this system with the lives of our children?