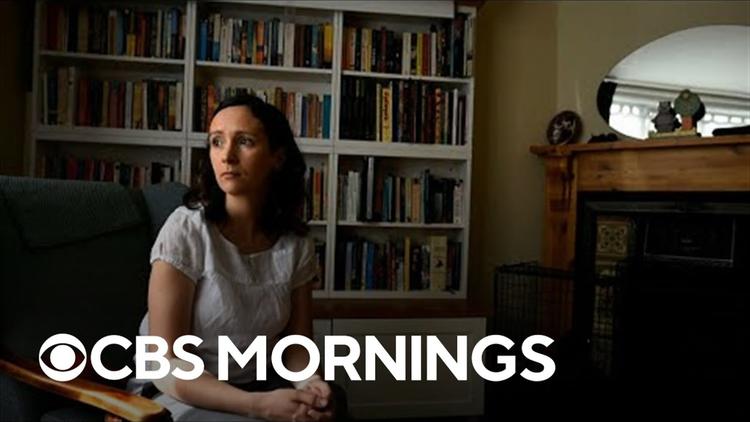 Now that the U.S. Supreme Court has overturned Roe v. Wade, the 1973 decision that legalized abortion in the U.S., the nation may find itself on a path similar to that trodden by the Irish people from 1983 to 2018.

Abortion was first prohibited in Ireland through what was called the Offenses Against the Person Act of 1861. That law became part of Irish law when Ireland gained independence from the U.K. in 1922. In the early 1980s, some anti-abortion Catholic activists noticed the liberalization of abortion laws in other Western democracies and worried the same might happen in Ireland.

Various Catholic organizations, including the Irish Catholic Doctors’ Guild, St. Joseph’s Young Priests Society and the St. Thomas More Society, combined to form the Pro Life Amendment Campaign. They began promoting the idea of making Ireland a model anti-abortion nation by enshrining an abortion ban not only in law but in the nation’s constitution.

This religiously motivated anti-abortion measure is similar to religiously oriented anti-abortion laws already on the books in some U.S. states, including Texas, which has a ban after six weeks of pregnancy, and Kentucky, which limits private health insurance coverage of abortion.

Article continues after bonus IC video
CBS Morning: “Experiences of women in Ireland who couldn’t access abortion before 2018 tell of trauma and tragedy”

Even before 1983, people who lived in Ireland who wanted a legal abortion were already traveling to England on what was known as the “abortion trail”, as abortion was also criminalized in Northern Ireland. In the wake of the Eighth Amendment, a 1986 Irish court ruling declared that even abortion counseling was prohibited.

A key test of the abortion law came in 1992. A 14-year-old rape victim, who became pregnant, told a court she was contemplating suicide because of being forced to carry her rapist’s baby. The judge ruled that the threat to her life was not so great as to justify granting permission for an abortion. That ruling barred her from leaving Ireland for nine months, effectively forcing her to carry the pregnancy to term.

On appeal, a higher court ruled that the young woman’s suicidal thoughts were in fact enough of a life threat to justify a legal termination. But before she could have an abortion, she miscarried.

The case prompted attempts to pass three more amendments to Ireland’s constitution. One, declaring that suicidal intentions were not grounds for an abortion, failed. The other two passed, allowing Irish people to travel to get an abortion, and allowing information to be distributed about legal abortion in other countries.

Even with these adjustments, the Eighth Amendment sometimes restricted the ability of medical professionals to offer patients life-saving care during a pregnancy-related emergency.

In 2012, Savita Halappanavar, age 31 and 17 weeks pregnant, went to a hospital in Galway, Ireland. Doctors there determined that she was having a miscarriage. However, because the fetus still had a detectable heartbeat, it was protected by the Eighth Amendment. Doctors could not intervene – in legal terms, ending its life – even to save the mother. So she was admitted to the hospital for pain management while awaiting the miscarriage to progress naturally.

Over the course of three days, as her pain increased and signs of infection grew, she and her husband pleaded with hospital officials to terminate the pregnancy because of the health risk. The request was denied because the fetus still had a heartbeat.

By the time the fetal heartbeat could no longer be detected, Halappanavar had developed a massive infection in her uterus, which spread to her blood. After suffering organ failure and four days in intensive care, she died.

This was likely not the only time someone had suffered, or even died, as a result of being denied abortion in Ireland. But the publicity surrounding the case prompted a new wave of activism aimed at repealing the Eighth Amendment. In 2013, the Protection of Life During Pregnancy Act was signed into law, which did not fully repeal the Eighth Amendment but legalized abortions that would protect the mother’s life.

In 2018, a referendum repealing the Eighth Amendment passed overwhelmingly by a margin of 66% to 34%. As a result of the repeal, legal abortions are now allowed during the first trimester, with costs covered by the public health service.

A similar situation in the US

As a social work professor who researches reproductive health care, I see many parallels between what happened in Ireland between 1983 and 2018 and the present U.S. situation.

People in the U.S. are already traveling long distances, often to other states, in a manner similar to the Irish abortion trail.

In both the U.S. and Ireland, the people who need help paying for abortions are mostly single people in their 20s who already have an average of two children, according to research I conducted with some abortion funds, which are charitable organizations that help people cover often-unaffordable abortion expenses.

In contrast to the United States, Ireland is moving away from political control over private life. Now that Roe has been reversed and abortion may be illegal in much of the U.S., pregnant people could face forced pregnancy, suffering and even death – as was the case in Ireland prior to 2018.

This is an updated version of an article originally published May 16, 2022.