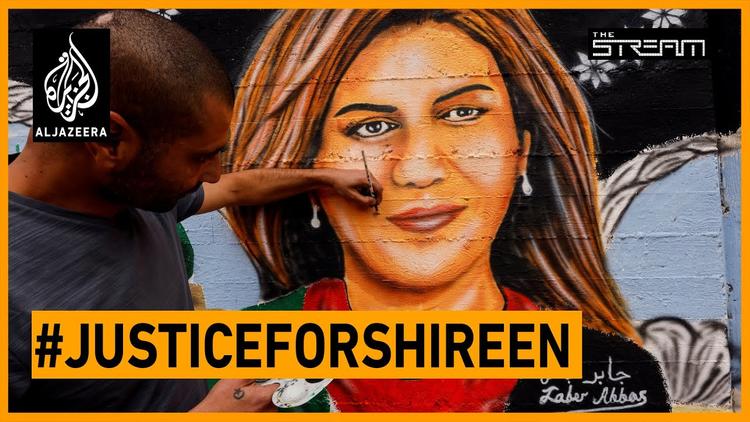 Ann Arbor (Informed Comment) – The family of slain American journalist Shireen Abu Akleh is asking for a meeting with President Joe Biden during his trip to the Middle East this week. So reports Yasmin al-Qassas at Sada al-Balad.

In a letter to Mr. Biden, Shireen’s brother Anton Abu Akleh wrote that the family “feels betrayed by the regrettable reaction of the American administration to the circumstances of the killing of the journalist.”

He emphasized that Shireen’s family wants a meeting with Biden during his upcoming visit to the region so that he can listen directly to their anxieties and requests.

The State Department concluded that an Israeli soldier probably killed the journalist, but alleged without giving any evidence that the killing was inadvertent. This conclusion flies in the face of independent press investigations such as that of CNN, which found that Shireen had come under concerted fire by an Israeli sniper, with bullets tightly spaced.

Al-Qassas quotes Jihad al-Harazin, a Palestinian political analyst, as saying that Palestinians are investing a lot of expectations in President Biden’s visit, given his campaign promises and the undertakings he has announced as president. These include reopening a US consulate for the Palestinians in Jerusalem, reopening the Palestine office in Washington, D.C., and restoring funding to the Palestinian Authority.

Al-Harazin continued that these hopes include

1) their request that the Palestine Liberation Organization (PLO) be taken off the State Department list of terrorist organizations;

2) that the peace process will be galvanized in achieving a two-state solution;

3) halting continuous Israeli crimes and attacks, including killings, arbitrary arrests, house invasions, squatting, and theft of land and other forms of wealth from the militarily Occupied Palestinians.

Al-Harazin added that the State Department’s statement on Shireen’s death was ambiguous. He said Palestinians saw it as an attempt to evade the truth and to give Israel a way to escape any consequences. That dissatisfaction, he said, impelled the request for Biden to meet Shireen’s family.

Likewise, he said, there are many families of Palestinians killed by the Occupying Israeli army who would like Biden to hear about their plight with his own ears.

Other analysts, al-Qassas reports, hope that Biden will issue a clarifying statement on Abu Akleh’s killing before he comes, which would go a long way toward allaying Palestinian fears. They pointed out that many of Abu Akleh’s close relatives are American citizens.