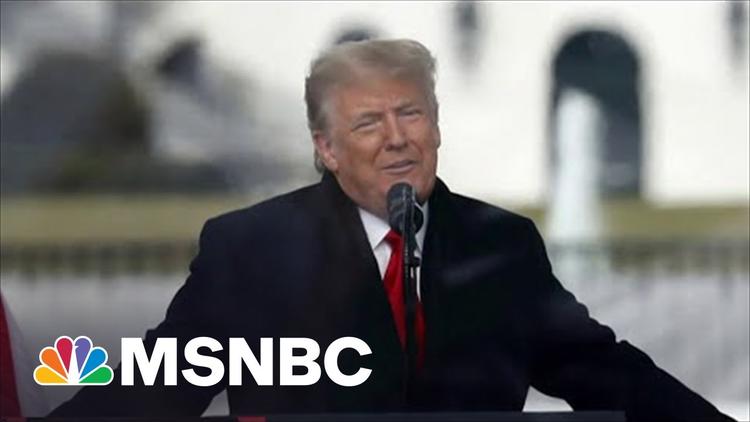 The January 6 Committee hearings are the most compelling thing in American History since Watergate, and I’m so old I attended the hearing on two different days. It was my good fortune to have a Congressional internship in DC that summer. This is Watergate to the power of infinity . . . or google. Chair Bennie Thompson has been a model of eloquent leadership in the mold of Howard Baker, and not a self-aggrandizing demagogue as Sam Irvin was at times, preaching Bible passages to witnesses. But, “Watergate was a cub scout meeting compared to this assault,” as Rep. Jamie Raskin said.

The question is, what are you going to do about it? Although “radical Left Democrat” is a common dog whistle for Trump’s herd, it is an oxymoron’s oxymoron. In fact, Democrats have been wimps, trying to appease Republicans since Reagan. They must draw a line in the sand and prosecute Trump for his crimes.

The delicious irony is that Rudi Giuliani, a likely defendant if Attorney General Merrick Garland finds the gumption to prosecute, has shown the way forward. He pioneered the use of the Racketeer Influenced and Corrupt Organizations Act (RICO) of 1970 to prosecute organized crime in New York. Garland should likewise pursue RICO prosecution against Donald Trump and the gang! Roger Stone and Michael Flynn too. They all enabled and prompted the Oath Keepers, Proud Boys and other political bottom feeders to operate as Trump’s paramilitary force in an attempt to overturn the 2020 Election, and keep him in office. The gallows they trotted out for Mike Pence wasn’t just for show.

Article continues after bonus IC video
MSNBC: “Garland May Not Want To Indict A Former President — But He Might Not Have A Choice”

RICO is appropriate precisely because Trump was engaged in organized crime. Vice Chair Liz Cheney summarized the spectrum of Trump’s crimes with his multi-pronged campaign to overturn the election with brazen efforts to: Prosecute a falsehood of fraud, pressure the vice-president to refuse to count votes, corrupt the Justice Department into doing his bidding, pressure local election officials and terrorize poll workers, and finally summon a mob to storm the Capitol. This is a reckoning for the MAGA movement, and hopefully the beginning of the end. There will always be crazy people looking for legitimization. Trump offered just that to many fringe para-military freaks on January 6. Some had been anxiously awaiting that apocalyptic day for decades. His call to arms brought them out from under rocks and caves, and empowered them to act out their dystopian anti-government fantasies they’ve been nurturing since the Bundy Ranch standoff in 2014.

Trump wrecked many lives that day including those of supporters. His imperial mindset, revealed in Mary Trump’s book, illustrates that has no sensitivity to most human lives, and only a little regard for those in servitude to him. Maybe the most unconscionable thing of all is how Trump destroyed the lives of so many great Americans citizens who were only doing their jobs. The saddest case may be the Georgia election workers, Lady Ruby Freeman and daughter Shea Moss who had their entire family terrorized by MAGA idiots, at the direction of Trump’s tweets. Arizona House Speaker Rusty Bowers and Georgia Secretary of State Brad Raffensberger were prisoners in their homes, because they refused to do Trump’s bidding. American carnage, indeed. That IS his legacy.

We now have insight into the presidential editorial process, if you can generously call it that. He framed his own VP for assassination, against the advice of his speech writers, and laughed about it watching the riot.

It is amazing how some of those who bought into Trump’s ideology have finally found their conscience, spine and cajones to step up and stand up before the Committee. These are some truly brave Americans, who became seduced and misguided by an ideology of selfishness and cruelty, but came to epiphany through a variety of means. Some out of conscience and decency, some out of devotion to the ethics of the legal profession, some out of devotion to the Constitution, and others out of loyalty to their concept of America. The Oath Keeper recovering members have also shown amazing courage. Cassidy Hutchinson accidentally became a witness to history, in the same honorable fashion I saw John Dean offer during Watergate. But we can’t give any credit to those like Elaine Chao, Betsy DeVos and other Cabinet secretaries who abandoned the ship only as it was going down, and have offered no form of penance.

People died in Donald Trump’s name on January 6, some as willful front-line soldiers, others defending Democracy in the most literal sense. He committed what Chairman Thompson called the “supreme dereliction of duty.” Rep. Stephanie Murphy (D-Fla.) characterized the Committee’s job as to, “Fight fiction with facts, and establish full accounting for the historical record to defend our democracy.” Stone and Flynn can still hopefully go to prison because they haven’t been pardoned for crimes that occurred since their pardons by Trump. All MC’s (Members of Congress) who attended the Stop the Steal strategy meetings with Trump, and gave recon tours to the insurrectionists should be EXPELLED from Congress.

These hearings are to hold him accountable and document the full scope of the planning and conspiratorial recruiting, using Twitter as a personal megaphone. They share accountability in this. Twitter gave Trump forgiveness of code violations and undue privileges it never gave anyone else. Could it stand as a co-conspirator and enabler in a RICO trial? Now I’m having dystopian fantasies. Break up Twitter?

Trump knowingly sent an armed mob and directed it. He ignored pleas from Congress, his staff and family. Pence stepped up to some presidential duties after Trump had abandoned his, in siding with his own armed mob against the U.S. Government. Pence called the Secretary of Defense, Homeland Security, the Pentagon and Attorney General, as Trump enjoyed the mob running amok in his name. And he is so conceited and arrogant as to continue his brazen witness tampering campaign during the hearings, which further fuels the RICO concerns. The January 6 Committee is doing all the legwork, and serving it up. Can we count on AG Merrick Garland to do the right thing?