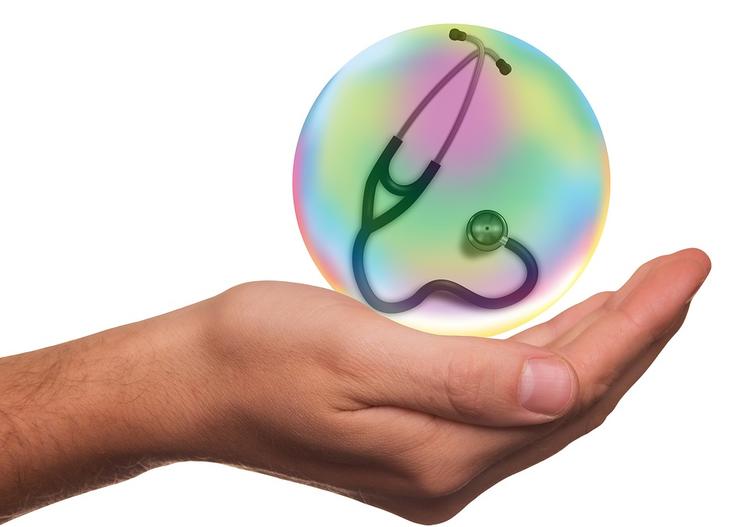 ( Commondreams.org) – Advocates of universal health care are currently battling the effort by corporate forces, both outside and within the Medicare, to privatize the portion of the program that is now fully public.

There should be no out-of-pocket barriers to care when it is needed. The existence of these costs is why so many Medicare recipients opt for a private Medicare Advantage plan. However, this, and all such efforts to privatize the public Medicare program, harm patients and steal from the public purse. Medicare Advantage must be ended, and any new privatization efforts, like ACO REACH, must be opposed.

These corporate interests aim to insert between Medicare and the medical professionals who actually provide care a private, for-profit corporation—through the controversial (and recently rebranded) privatization scheme called ACO REACH—which will be paid for each Medicare recipient “aligned” with an affiliated provider. Those for-profit ACO REACH providers will benefit not only by receiving more from Medicare than it pays its affiliated providers, but also they will share any “savings”—that is, reductions in care—they generate as profit.

We must recognize that the fight against the privatization of Medicare is a two-front war: against privatization through Medicare Advantage and through the ACO REACH program.

When patients are covered by Medicare, not only are Medicare’s funds available but, in addition, there are supplemental payments for medical care and additional funds for hospital services. These payments are made either out of pocket by the patient or, more often, by private supplemental insurance or “Medigap” plans. Those extra funds are not available for patients in Medicare Advantage plans—federal rules do not permit supplemental insurance for Medicare Advantage recipients. The only funds available to care for them are payments made by the federal government to the Medicare Advantage plan, along with whatever copayments are charged by these plans to their members when they have to use health services.

Medicare Advantage plans are solely dependent on the federal payment for their revenue. As discussed below, this payment is, on average, somewhat greater than what Medicare spends on recipients of public Medicare. On the other hand, the funds available to pay for actual health care services under Medicare Advantage plans—that is, to be paid to doctors and hospitals who provide those services—are limited by the substantial overhead expenses and profits of the insurance companies which operate these plans. In net, as shown below, the average private Medicare Advantage plan has about 24% less money to spend on actual health services than is spent, per patient, in traditional public Medicare.

In traditional Medicare, the Medicare program pays most of the bill—80% for medical services under Part B; a larger but more complicated portion for hospital services under Part A. Either the patient or, more frequently, an insurance company providing supplemental or Medigap coverage pays the rest. How large is that payment? As a current example, the Centers for Medicare and Medicaid Services (CMS) spends an estimated $11,953 in Medicare payments for the average recipient in New York State. At the same time, the New York City government has been spending $600 million per year purchasing this supplemental coverage for its 245,000 Medicare-eligible retirees and their dependents, or $2,450 per recipient. That spending goes to a private insurer whose average overhead is, according to the Kaiser Family Foundation, 14% of its revenue. The supplemental spending on actual health care services is then 86% of $2,450, or $2,107 per recipient. Taking New York City’s payment as an average figure for the cost of the Medicare supplement, total spending on health care per Medicare recipient is $14,060, about 17.6% above what the federal government spends directly.

What is spending for health care services under Medicare Advantage? These plans receive a monthly risk-adjusted payment from the federal government for each person in their plan. According to MedPAC, this payment today averages 4% more than what is spent by traditional Medicare on its patients of equivalent health status. Initially, during the George W. Bush years, this excess was larger, but under Congressional pressure to contain spending, it has been gradually reduced. Medicare Advantage members are not permitted to purchase supplemental insurance, so this total (in New York’s case, $12,431) is all that is available to pay for their care. Assuming the average Medicare Advantage overhead of 14%, this means that $10,691 is available to be spent, per member, on health care services in Medicare Advantage plans. So Medicare Advantage plans have just 76% of the funds that are available to provide care for comparable recipients of traditional Medicare. This is shown in the figure below.

Medicare Advantage plans are required to provide all the benefits of traditional Medicare but, using these figures, they have only 76% of the money spent on patients in traditional Medicare. As a result, they have to limit what they spend on health care services. They do so in a variety of ways: (1) recruiting members from locations, and with methods, likely to yield a healthier-than-average population; (2) extensive use of deductibles and copays, which shifts the cost from themselves to the patients; (3) reduced use of health services since patients, faced with these added financial barriers, will avoid seeking care they might be considering; (4) extensive requirements for prior authorization of potentially expensive treatments and procedures, leading to payment denials and delays (traditional Medicare requires prior authorization only for selected costly medications and the purchase of some expensive medical devices); and (5) paying doctors and hospitals less than traditional Medicare, thereby limiting the providers who are in-network and, therefore, available to patients in these plans.

Together, these techniques create the spending reductions Medicare Advantage plans need so that, with just three-quarters of the funds available to provide services, they can still show substantial profits. Indeed, Medicare Advantage has become the most profitable sector of the health insurance industry.

This is the convoluted privatized system we have created in the name of encouraging “choice” in health plans for our oldest citizens. Those who are healthy benefit from the low cost of Medicare Advantage plans, as long as they remain healthy. For those who become sick, Medicare Advantage offers only cut-rate medicine, and they will suffer. Medicare and Medicare Advantage are often described as if they are equivalent, but they are not. Less money means less care, and lower quality care.

Since care under Medicare Advantage plans is so deficient, why do so many choose it rather than public Medicare? The answer is straightforward: Medicare Advantage plans cost the average person less (usually, they have $0 premium). Public Medicare requires cost-sharing; it pays just 80% of medical bills and a similar portion of hospital care, leaving the rest to the patient in the form of deductibles and copays. Further, it places no limit on out-of-pocket costs. Many buy private supplemental Medigap plans to protect themselves, or receive this coverage through their unions. Members of Medicare Advantage plans tend to be healthier than the average Medicare recipient, and they face these costs only when they need substantial amounts of care.

Beyond this, there is 80/20 rule: In any population, 80% are reasonably healthy; most of the money is spent on the other 20% who need significant amounts of medical care. As a result, most people won’t use very much health care in any one year and will be satisfied with their coverage. It is the sick who suffer the inadequate care available in Medicare Advantage plans and who return, if they can, to traditional Medicare.

The cost-sharing required in Medicare should be eliminated, as it is in all proposals for universal Medicare for All plans. There should be no out-of-pocket barriers to care when it is needed. Other countries with universal care have shown that costs can be contained without requiring that their patients have “skin in the game.” There would then be no reason for anyone to choose a private plan and no excuse for creating an over-expensive, under-providing private alternative to an equitable, comprehensive public Medicare program.

Leonard Rodberg is Professor Emeritus of Urban Studies at Queens College/CUNY and Research Director of the NY Metro Chapter of Physicians for a National Health Program.