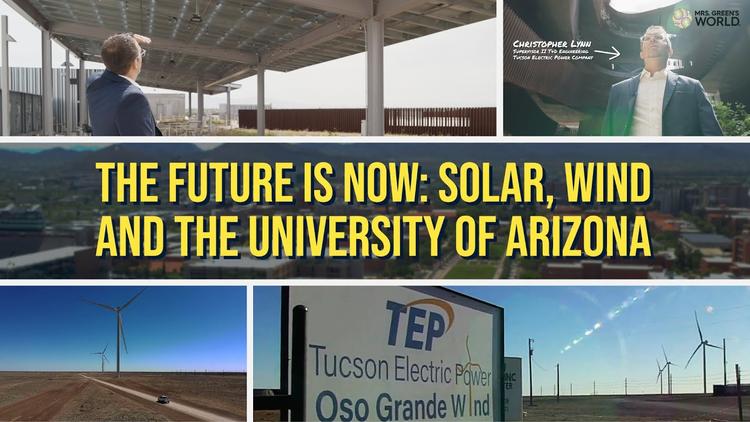 ( Cronkite News ) – WASHINGTON – When the Supreme Court ruled this summer that the EPA could not force power plants to move away from fossil fuels, advocates worried that the justices had removed the “most effective tool for regulating and reducing greenhouse gas emissions.”

They’re still worried. But in Arizona, at least, some of those concerns have been eased by a market-driven shift away from fossil fuels and toward renewable energy that has long been in the works at the power plants in the state.

“Coal plants are going out of business,” said Jason Rylander, an attorney for Tucson-based Center for Biological Diversity. “They are not economically efficient anymore … those market forces are going to continue and probably accelerate.”

It was market forces that led SRP to close the coal-burning Navajo Generating Station in 2019, along with the nearby Kayenta mine, for whom NGS was its only coal customer. The utility said at the time that coal was no longer cost-effective compared to other fuels.

Three more coal-burning plants are set to close over the next 10 years, according to the Center for Climate and Energy Solutions. That includes the Springerville Generating Station – which produced the most carbon dioxide emissions of any facility in the state in 2020 – and the Coronado and Cholla plants.

“With or without this (Supreme Court) decision, the transition to clean energy is already happening in Arizona and across the country,” said Christina Cilento, an associate policy fellow for the Center for Climate and Energy Solutions. “That transition is actually driven in large part by private-sector decisions, market forces and, of course, regulation.”

The Environmental Protection Agency said there were 95 facilities in Arizona that emitted a total of 43.7 million metric tons of carbon dioxide in 2020, the majority of which – 84.7% – came from power plants.

Article continues after bonus IC video
The Future is Now: Solar, Wind and The University of Arizona

The EPA had set standards under the Obama administration that would have allowed it to require that power plants shift away from fossil fuels, such as coal and natural gas, toward renewables, like wind and solar – a practice that is known as generation shifting.

But that policy was never enforced, after court challenges put it on hold. And it was struck down outright by the Supreme Court, which ruled 6-3 in West Virginia v. EPA that Congress did not give the EPA authority to enforce generation shifting under Section 111 of the Clean Air Act.

Andres Restrepo, senior attorney for the Sierra Club’s environmental law program, said the decision denied the EPA its most effective tool in the fight against greenhouse gas emissions. But he and other advocates said it did not remove that agency’s ability to regulate greenhouse gas altogether.

Cilento said the EPA still “has the ability to regulate greenhouse gas emissions from power plants as a whole,” by requiring clean-air technology at the source of the emissions. It is costlier and less efficient, but the court’s ruling “isn’t a death knell for climate action.”

“There’s actually still a lot that can be done,” Cilento said.

Power plant closures are not the only solution, experts say: They suggested that corporations can make voluntary commitments to decrease greenhouse gas emissions, states can take legislative action and Congress can pass climate legislation.

Congress may be on the verge of approving legislation, the Inflation Reduction Act of 2022, that includes $369 billion for climate change investments, along with proposals to lower prescription drug costs, extend Obamacare subsidies and raise corporate taxes.

Supporters say that, if passed, the bill could reduce U.S. carbon emissions up to 40% by 2030. The U.S. has set a goal to cut emissions by at least 50% by the end of 2030 over levels in 2005, a goal the administration says is necessary to fight climate change.

But as of 2020, the U.S. had only been able to lower greenhouse gas emissions by 20% below the 2005 emission levels, according to the EPA.

That has advocates urging President Joe Biden to take executive action, should Congress fail to reach agreement on a climate plan. In the meantime, they said, the EPA needs to fully enforce the regulatory powers it still has left after the court’s ruling.

“The Biden administration and the EPA have a lot of authority still on the books,” Rylander said. “They need to get to work because the climate crisis is not slowing down.”

Temperatures in Arizona have risen about 2.5 degrees since the beginning of the 20th century and the first 21 years of the century have been the warmest period on record for the state, according to the National Oceanic and Atmospheric Administration.

“Arizona is majorly affected by climate change,” Restrepo said, referencing the historic drought and rising number of heat waves in the state. “It’s a state that’s going to suffer from climate change.”

—
Morgan Fischer, News Reporter, Washington, D.C., expects to graduate in May 2024 with a bachelor’s degree in journalism and mass communication and a minor in political science. Fischer has worked as politics editor for The State Press and interned at RightThisMinute.