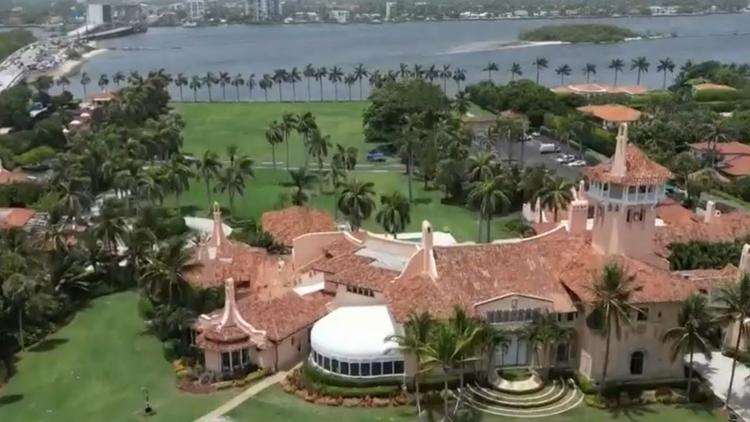 Oakland, Ca. (Special to Informed Comment) – Isn’t it rich that the man who abused presidential power more than any other, and tried to stage a coup d’etat against the U.S. Government, is now crying about “abuse of power?” And the phony news network that aided and abetted his rise to power and abuses, is stirring up Fascist anti-government forces in his defense?

Donald Trump has always seen himself as above the law and accountable to no one, unlike the “the losers and suckers” he ridicules for their quaint law-abiding devotion. Mary Trump’s book articulates how this political Frankenstein’s monster was created; being insulated from the normal pressures of growing up and making a living. He never faced the consequences of rule breaking and learned from his dad how to run a racist property management company, game the system, ignore legal action, and buy his way out of trouble. One of his favorite legal tools has been to bury legal challenges in paperwork and time-sucking procedural delays, until the clock ran out on his eligibility for prosecution.

Nailing Trump for violations of the Presidential Records Act isn’t as sexy as convicting him for seditious acts on January 6, but they couldn’t get Al Capone on anything other than tax crimes. Displaying the full glory of his malignant narcissism, Trump went on HIS Fox News to call this “the worst attack on this republic in modern history.” By extension, are they implying that January 6, 2021 was a valiant attempt to “save” the republic? Claremont Institute graduate Laura Ingraham even called for a “purge” of the military, civil service and elected civilian leadership of the federal government if Republicans regain control. Let that be a cautionary voter guide for you, folks. If that happens, no government worker would be re-instated without affirming a loyalty oath to Trump, their god and phony prophet. They tried their best at this for four years, but the clock ran out.

Steve Bannon, recently honored with a Contempt of Congress conviction, called the FBI “the Gestapo,” bringing another rich twist of irony to 21st Century nomenclature. No one exudes the new Fascism as does Bannon, though they say Hitler had a nicer complexion and was said to wash more often. He’s just mad because they tried and failed to make the FBI into a real Gestapo in service to them. But the clock ran out.

Now they whine about how Democrats have “weaponized the Justice system,” as if they never tried to weaponize the full force of the Federal Government to steal votes, intimidate local election officials, impede minority voters, and stack the Federal courts with their own lackeys. Or that they tried to weaponize the U.S. military to attack peaceful protesters, so that Trump could thump a Bible in front of St. John’s Church for a photo op. Hearing Trump compare this to Watergate knocked me off my chair with laughter. Soon I was back on the floor upon reading how Marjorie Taylor Green is crying to “Defund the FBI.” Don’t you just love how rabid right-wingers love to expropriate leftist concepts for their own misapplication? Their effort to co-opt the Free Speech Movement of Berkeley and Ann Arbor made them look silly. Meanwhile, the Fox Newshounds are claiming this is intended to disrupt Trump’s run for the presidency in 2024. That assumes he’d be eligible to run, and never once tried to overthrow the U.S. Government.

After last week’s $49M verdict against Alex Jones, he hosted fellow Contempt of Congress bedfellow Roger Stone on his podcast (Is it time for serious Internet regulation?), and argued this is, “the kind of thing you expect to see in Soviet Russia, Nazi Germany or communist Cuba.” Whoah now. In the wake of the recent CPAC (Conservative Political Action Committee) convention that featured real life Communist dictator Victor Orban, I don’t think Bannon and Stone should be throwing stones. Trump’s Republicans see Communism and Fascism as a smorgasbord of authoritarian templates and tools from which to pick and choose. Throw some misapplied concepts from the Free Speech Movement, and you have an alphabet stew for a toxic new ideology, positioning Trump as a political and spiritual deity. And they require mixed metaphors to bear description.

The FBI raid is unrelated to January 6 attack on the Capitol. Both are unrelated to the recent Federal Appeals Court ruling that Trump has to surrender his tax records to Congress. But the Mar-a-Lago raid could add fuel to both fires. It’s all adding up nicely to cornering the most destructive man in American History, and holding him accountable in ways he’s managed to escape until now. Trump’s strategy to protect his wanton tax returns was to “run out the clock” on the judicial proceedings. His goal was to prevent information from coming to light until the judicial and Congressional deadlines expired, and he was re-elected. But he is the big loser now, and the clock is running out on him.