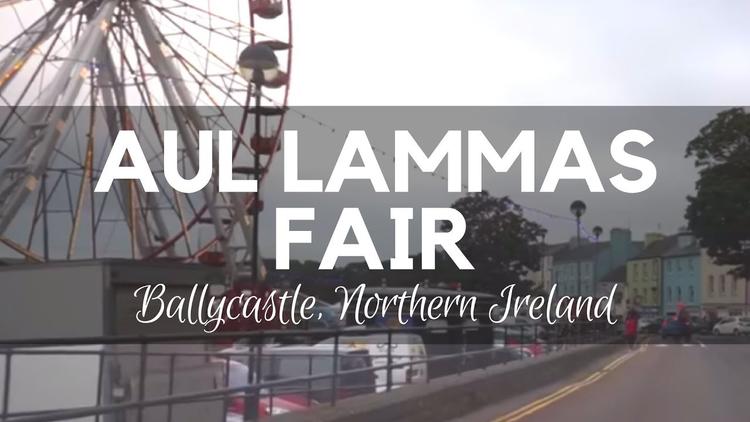 Orono, Maine (Special to Informed Comment) – We are approaching August 1 which, in Scottish and Irish tradition, is the Feast of Lughnasadh (La Lunasa), also known as Lammas Day. It is one of the four most important festival days in Celtic countries and was originally meant to celebrate Lugh’s birth. Lugh (pronounced Lu or Lew) is the sun hero who was a central figure in pre-Christian Ireland, Scotland and Britain and continues to be honored in rural areas.

In ancient times, in days leading up to August 1, the “Aenach Tailltean” (Taillten Fair) was held at a location near Tara. Competitions were held, music was played, poets read their poems accompanied by a harp; peace was observed, clan battles were prohibited; the 1st fruits of the harvest were eaten; a dance ritual against blight and famine was enacted; a sacred bull was sacrificed. In Scotland, a special cake called “Lunastain” was baked, the piece handed to a man was “luinean” and to a woman “luineag”; In addition, trial marriages were permitted for a year and a day (also known as “handfasting”).

Climbing Croagh Patrick (a mountain in Mayo), on the weekend leading up to August 1, was a traditional annual ritual that has taken place for many hundreds of years. Tens of thousands participate in this arduous pilgrimage to the top of the mountain. More recently “neo-pagans” observe Lughnasadh (Lammas) by celebrating the “first fruits” of harvest, while Wiccans considered this day one of the eight Sabbats.

Lyons in France was named after Lugh. When the Romans invaded Gaul (France) they equated the god Mercury with Lugh, who was considered the “inventor of all the arts” and was one of the most revered deities in Gaul.

Lugh was known as the Samildanach (skilled in all arts) and Lamfada (wide armed). He had a Welsh counterpart in Llew Llaw Gyffes (swift, strong arm). According to Celtic mythology, Lugh’s mother was also known as Eithniu (Enya), daughter of Balor, the one-eyed demonic giant, who lived on an island off the Donegal coast. Lugh had to do battle with Balor, whose one eye, when uncovered, could incinerate a thousand opponents. Lugh defeated him and his demon warriors using a magnificent slingshot.

Lugh, as a great mythic hero, was originally the young god who supplanted the king of the Tuatha De Danann (people of the goddess D’ana), the magical people of Ireland and Scotland. They were eventually defeated by the Milesians who were led by the poet, Amergin. The Tuatha De Danann were given a choice to live in towns, fortresses, farms and settled areas, or they could choose the hills, mountains and glens. Their response was: “What you consider the least, we consider the best”, and, as a result, they chose to make their homes in caves, glens, mountains and islands, and became the deities of nature in the Celtic pantheon.

Lugh’s spear, one of the four treasures of the Tuatha De Danann, was adopted into the Legends of the Grail, as was Lugh himself, who became the inspiration for Sir Lancelot. Lugh’s spear had to be leashed and was like a lightning bolt, while his sling became the Rainbow and the Milky Way became known as “Lugh’s Chain”.

In Scotland, the Gaelic festival of Lammas (Lughnasadh) marks the beginning of harvest times. Celebrated since ancient days as the ‘Gule of August’ it was customary to bring a loaf made from the new crop to a community gathering or church, Being one of the four fire festivals of the year participants gave vociferous thanks for the fruits of the first harvest. In the Scottish outer Isles Lammas festivals took place after fishing boats returned. Lammas Day is also a legal term to end a pre-arranged contract period where workers could be hired or depart of their own free will.

In Shakespeare’s play: “Romeo &amp; Juliet”, Lammas Eve, 31 July, was the day of Juliet’s birth. In the play: “The Tempest” reapers gathered in the harvest: “You sunburn sickle men of August weary/Come hither from the furrow and be merry, Make Holiday! “

In Shakespeare’s play: “Romeo & Juliet”, Lammas Eve, 31 July, was the day of Juliet’s birth. In the play: “The Tempest” reapers gathered in the harvest: “You sunburn sickle men of August weary/Come hither from the furrow and be merry, Make Holiday! “

Although sometimes the British appropriated the Lammas fair in a way that severed it from its roots, at the end of the 20th century, only two true Lammas Fairs in the sense of the Lughnasadh remain–-at St Andrews and Inverkeithing, both including market stalls, food and drinks. One of the biggest Lammas fairs was held at Kirkwall in Orkney, also known for “handfasting”, which, (as noted earlier) was a trial marriage for a year and a day.