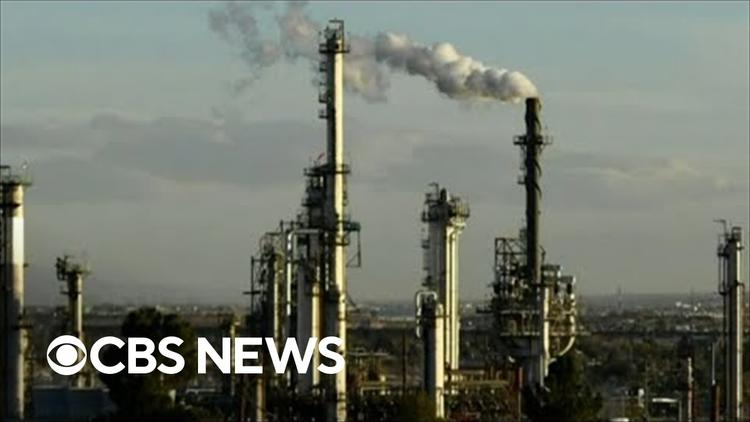 The new Inflation Reduction Act is being justly celebrated as the most significant piece of federal legislation to address the climate crisis to date. It includes about US$370 billion in incentives for everything from solar panels to electric vehicles.

But there’s some confusion around what it allows the Environmental Protection Agency to do.

Comments by politicians on both sides of the aisle have suggested that the new law could upend a recent U.S. Supreme Court decision in which the court’s conservative majority shackled the EPA’s authority to regulate greenhouse gas emissions from power plants.

The new law does amend the Clean Air Act – the nation’s primary air quality law – to define several greenhouse gases as air pollutants. So it will help the EPA as it plans future regulations. But it doesn’t specifically grant the EPA new authority to regulate power plants.

So, as groundbreaking as it is, the Inflation Reduction Act does not change the impact of the Supreme Court’s determination in West Virginia v. EPA that the EPA lacks the authority to require a systematic shift to cleaner sources of electricity generation.

Why the ruling remains a roadblock for the EPA

The court case involved the Obama administration’s Clean Power Plan, a policy that would have required power generators to use cleaner forms of electricity but never went into effect.

Writing for the court in West Virginia v. EPA, Chief Justice John Roberts argued that the EPA was asserting broad new authority under a little-used provision of the Clean Air Act without explicitly being granted the authority to do so by Congress.

In what has become known as the “major questions doctrine,” the court has adopted a more stringent approach to how it interprets laws that gives much less deference to the views of experts at the federal agencies charged with implementing complex, dynamic regulatory programs designed to protect public health and safety. That accurately describes the challenge of dealing with carbon pollution and the profound impacts it is already having throughout the world.

Roberts made clear that Congress could choose to pass more detailed legislation granting EPA the authority at the heart of the case if it wished.

The Inflation Reduction Act amends the Clean Air Act to add seven specific new programs to reduce greenhouse gases and provide funding to the states to develop their own plans. Taken together, these provisions go a long way to address Roberts’ concern that Congress has not spoken plainly enough about EPA’s authority to tackle climate change.

But it falls short of granting EPA the authority to revive the generation shifting approach of the Clean Power Plan.

To get the bill through the sharply divided Congress, the Senate’s Democratic majority used a process called budget reconciliation. That process allows for legislation to pass with only a simple majority of the vote. But legislation passed that way must be closely tied to spending, revenue and the federal debt limit – it cannot set broad national policy.

What the new law does do for EPA’s authority

While the Inflation Reduction Act cannot undo what the Supreme Court has done, it does strengthen EPA’s ability going forward to take stronger actions under the Clean Air Act to reduce greenhouse gases.

The act not only provides substantial increases in EPA’s budget across a wide range of air pollution programs, it also, for the first time, explicitly defines greenhouse gases to include the six specific gases that the EPA determined in 2009 pose a risk to public health and welfare. That 2009 “endangerment finding” was upheld by the Supreme Court in the 2014 case Utility Air Regulatory Group v EPA.

As Sen. Tom Carper, one of the principal architects of the Inflation Reduction Act, said, “The language makes pretty clear that greenhouse gases are pollutants under the Clean Air Act.”

Of course, nothing in life or litigation is certain.

Challenges to EPA’s forthcoming rules replacing the Clean Power Plan, regulating methane emissions from oil and gas operations, tightening tailpipe emission and fuel economy standards, and so on can be expected. But at least now there is clear legislative direction from Congress for the EPA to take bold action needed to meet the profound challenge of climate change and transition to a sustainable economy.