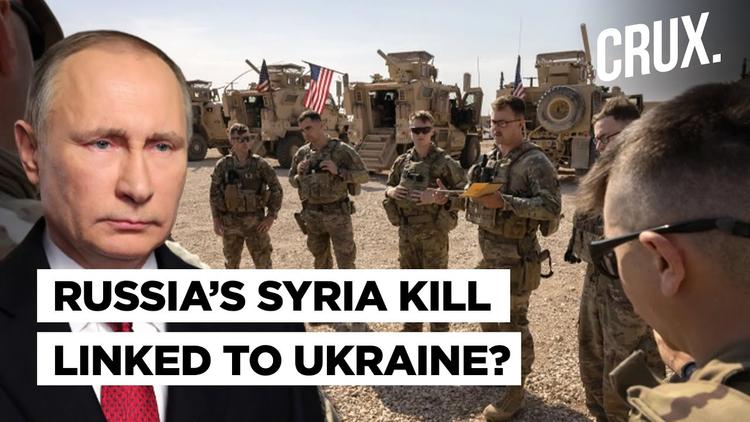 Ann Arbor (Informed Comment) – AP reports that early today, Wednesday, the US military launched air strikes against Iran-backed Shiite militias in Deir al-Zor Province, eastern Syria. The bombings came in response to drone attacks on the US base at Tanf, Syria, allegedly by these militias, on August 15. Those drone actions did not result in any casualties.

The US military justifies its continued presence in Syria by saying it is to ensure that the so-called Islamic State group (ISIL) cannot stage a resurgence. If that had been the main purpose, however, then the US would not have greenlit a Turkish invasion of the northern, Kurdish areas of Turkey, which disrupted the very people who had partnered with the US most effectively to defeat ISIL.

Some analysts have suggested that the US military presence is intended to block Iranian overland shipment of weapons to Shiite militias. Moreover, critics of US policy, including China’s CGTN news network, say the goal is to ensure that the oil produced at rigs in Deir al-Zor goes to the Kurdish allies of the US rather than to he central government of President Bashar al-Assad, head of the ruling Baath Party. At one point in the Trump administration there was even an attempt to have Deir al-Zor’s oil exported by an American corporation, which, since it interferes in a stark way with Syrian national sovereignty, would have certainly been a crime, and perhaps a war crime.

I don’t think it could be argued effectively at an international forum or court that the US mainland is threatened from eastern Syria any more. Since self-defense is the only slim reed of legitimacy enjoyed by the US military presence in Syria, if that is stripped away then all you are left with is a war crime. The Syrian government has repeatedly asked the US to vacate its territory. So one could make the argument that the US military presence is a form of occupation (that is what the pro-Shiite newspapers call it) that is illegitimate and illegal.

Be that as it may, the continued presence in Syria of 900 US troops is certainly unwise and a potential source of instability. The US is sharing military space with Russia, which nowadays could spiral into war because the US is already shipping billions of dollars worth of weapons to Ukraine to help it kill Russian troops who invaded the Donbass region of that country.

Russia provided air power to the al-Assad government in helping it take back control over most of the country from September, 2015. Al-Assad’s Syrian Arab Army, however, did not have enough troops on the ground to take back large amounts of territory. It therefore depended on Shiite militiamen from Lebanon, Iraq and Afghanistan, who were mobilized in Syria by the Iranian Revolutionary Guards Corps. The Shiite militias were all along anti-American, but that hostility escalated on January 2, 2020, when Trump assassinated both Qasem Soleimani, the head of the Iranian Revolutionary Guards Corps’ elite Quds Brigade special operations unit and Abu Mahdi al-Muhandis, head of the Brigdes of the Party of God, an Iraqi Shiite militia.

The Brigades have ever since harassed the US military in Iraq and Syria whenever they could. Although the US did not announce the identity of the Shiite militia it bombed, it was likely the Brigades of the Party of God.

Some observers believe that the Brigades were permitted to attempt to drone the US troops in Tanf by the Russian military.

The US and Russia are on a war footing in Ukraine, and the days when they could hope to cohabit as imperial powers in Syria may have come to a close. Russia is still engaged against Muslim fundamentalist rebels holed up in the northern Idlib Province,, and Moscow blames the US CIA for having trained some of these groups, against which Russia still launches air strikes.

I can’t see a vital US interest in continuing to keep 900 US troops in Syria, when the civil war there has wound down and given the dangers of a US-Russian confrontation in that country.