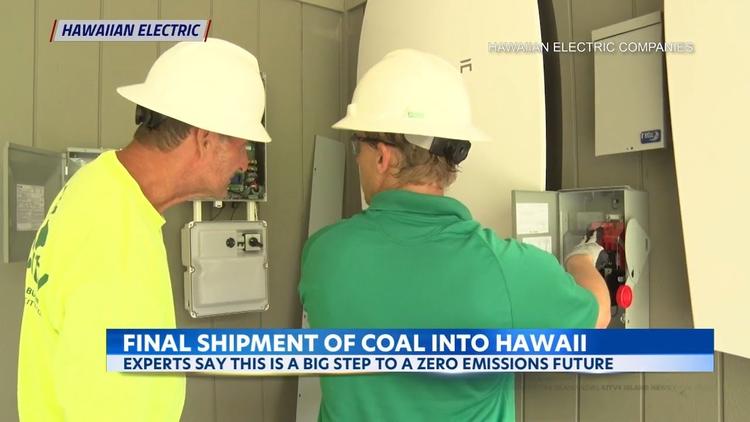 Ann Arbor (Informed Comment) – Veteran green energy journalist Julian Spector at Canary Media tells the story of how the last-minute opening this July of the 39-megawatt (MW) Mililani 1 solar farm out near Pearl Harbor — which is hooked up to a 156 MW battery — saved Hawaii from brownouts when its last coal plant closes this September.

The Inflation Reduction Act, to be signed today by President Biden, will aid Hawaii in its green energy transition by offering help to the state as well as tax rebates to consumers.

Hawaii was the first state, under Governor David Ige, to mandate getting to zero emissions by 2045. As a set of islands, Hawaii is particularly threatened by sea level rise, caused by burning heat-trapping gases like coal, petroleum and methane gas.

Some 95% of the electricity in Hawaii is supplied by Hawaii Electric Industries, and by the end of last year 38% of its electricity was generated by renewables. It came in nearly a decade before the deadline of 2030 for that percentage of renewable electricity generation. Despite this high proportion of renewables in the grid, HEI’s reliability is rated at 99.98%.

Hawaii has already reduced its carbon dioxide emissions by 22% from the 2005 benchmark.

Hawaiians like solar panels better than wind turbines, because of the islands’ rare birds. Like Australia, Hawaii has gone in big for rooftop solar, with about 5,000 new rooftop installations in 2021 alone. By the end of last year, The state had over a gigawatt of solar power, and now that number is increasing, with eight more clean energy projects in the pipeline.

Supply chain problems almost caused the installation of the 123,000 PV panels mounted on solar trackers at Mililani to be delayed beyond September, which would have put pressure on the grid, given the closing of the coal plant. The $140 million Mililani solar plus battery installation doesn’t take up all the slack from that closing, but it will help a lot.

Clearway, the company behind Mililani 1, will have five solar farms in Hawaii, generating 145 MW of power, enough to power 45,000 Oahu homes annually. Hawaii has about 468,000 households, so that is nearly 10% of them.

Spector reports that nowadays the Mililani 1 solar plus battery plant can generate electricity for 1/3 the cost of petroleum or methane (“natural”) gas. Vladimir Putin’s invasion of Ukraine caused oil and gas prices to spike, hitting Hawaii hard, since those fuels are even more expensive if you have to import them by ship. Hawaiians pay the most for methane gas in the US, at $158 per month, compared to $40 a month in New Mexico.

President Biden has removed some of the bottlenecks to the importation of solar panels, so the other sustainable projects in Hawaii’s pipeline will likely come on line soon.

The number of electric vehicles in Hawaii increased by 30% in 2021, as well.

The island of Kauai has its own electric utility, Kauai Island Utility Cooperative, and it has achieved over a 70% proportion of renewables in its grid. It has thus done even better than HEI, and both are ahead of most US states on solar and wind other than perhaps Iowa.