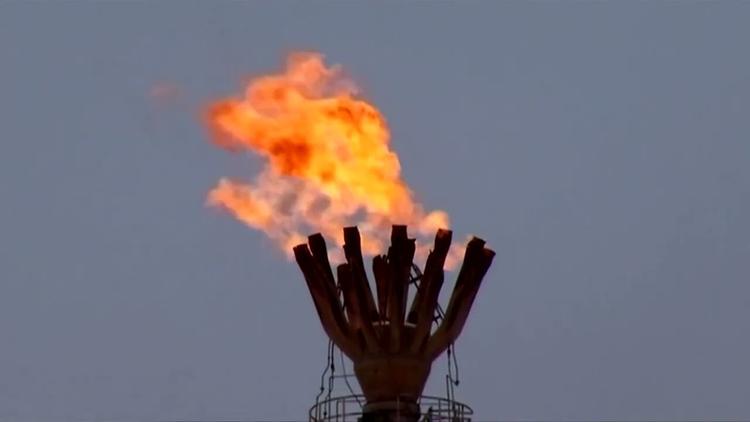 Ann Arbor (Informed Comment) – At its meeting in Vienna yesterday, the enlarged “+” version of the Organization of Petroleum Exporting States (OPEC+) decided to increase output by only 100,000 barrels per day, a vanishingly small amount that will have no impact on lowering gasoline prices and which does US President Joe Biden virtually no good at all. So Maha El Dahan and Ahmad Ghaddar report for Reuters.

President Biden and his team were reportedly worried that high gasoline prices, caused in part by the US sanctions on the entire Russian petroleum industry, would discourage voters in the midterms and cost the Democrats their control of the House and Senate. That development would reduce Biden to virtual powerlessness, except for his ability to issue some executive orders.

So, Biden ate a lot of crow over his one-time pledge to reduce Saudi Arabia to a pariah over the murder in 2018 of the Washington Post columnist Jamal Khashoggi in a Saudi consulate in Istanbul, which the CIA assessed was likely authorized by Crown Prince Mohammed Bin Salman. He attended a meeting of the six-nation Gulf Cooperation Council, where he fist-bumped with Bin Salman, contributing to the crown prince’s rehabilitation after the murder.

Biden is selling Saudi Arabia and the United Arab Emirates over $10 billion in missile defense systems and weapons, though the US categorizes these arms as defensive in nature. Both Saudi Arabia and the UAE have been hit by drones launched by Iran or one of its allies, such as the Houthis or Helpers of God in Yemen.

And yet, despite the fist bump and the anti-missile missiles, OPEC+ snubbed Biden

In June, 99.5 million barrels a day of petroleum were pumped in the whole world. Supplies increased somewhat, with the US and Canada upping production and/or increasing their stockpiles. Further, the international boycott of Russian oil failed to keep it in the ground as Moscow continued to find Asian partners eager to buy its oil at a discount.

As you can see, making that world total 99.6 million barrels a day would not make any difference at all to the price of petroleum at the major indexes.

Prices in any case have been falling because of the increase in US stockpiles , as West Texas Intermediate crude fell to $90.83 on Wednesday.The price was last under $90 a barrel in early February before Russian President Vladimir Putin launched his war of aggression on Ukraine.

Although high gasoline prices were seen by the Biden administration as a liability for Democrats going into the November midterms, those fears appear to have been overblown. The gasoline price hikes turned out to be temporary or at least not consistent. Prices at the pump in the US have fallen for 50 straight consecutive days. Barring a further geopolitical crisis, gasoline should be plentiful and back to less expensive prices this fall going into the midterms.

Saudi Arabia and other major producers plan to expand production over the coming years, but right now they do not have much spare production capacity. Since, I thought, Biden’s Gulf and economic advisers must have known this, I speculated that Biden’s diplomacy with the Saudis was aimed at forestalling an OPEC+ decision to reduce production, something that Russia might want. Russia and some of its allies have part of an expanded OPEC called OPEC+, and for the cartel to affect prices, the Saudis have to maintain correct relations with Moscow.

Expanding production is much harder now than it was even a decade ago. Since we are in the midst of a rapid transition to electric cars and rails, petroleum won’t be worth very much in a decade or two, and it is getting harder for the oil majors to get investment money to find and exploit new fields. Sinking billions into exploration and drilling is, under present circumstances, a bit like playing Russian roulette. You never know when governments and markets are going to announce, “oil is over with,” sort of as they did in the first decade of the twentieth century regarding the horse and buggy.

In any case, Mr. Biden got almost nothing tangible out of his Middle East visit. It may have reminded the Gulf oil states that the US was a major power in the region, giving them pause lest they turn to China or Russia as their patron. But the Gulf oil states are already deeply tied to an American security umbrella and have no reason to trust Russia or China to protect them. Biden could have reminded them of his commitment to the region without appearing to give his imprimatur to Mohammed Bin Salman and without sending more high tech weaponry to a region already floating in the stuff.

Biden wouldn’t be the first president to be taken for a ride by Middle Eastern “partners,” and he likely won’t be the last, though his successor ten or fifteen years from now may have little interest in a region that no longer will supply energy to the US. We’ll have our own, green, energy.