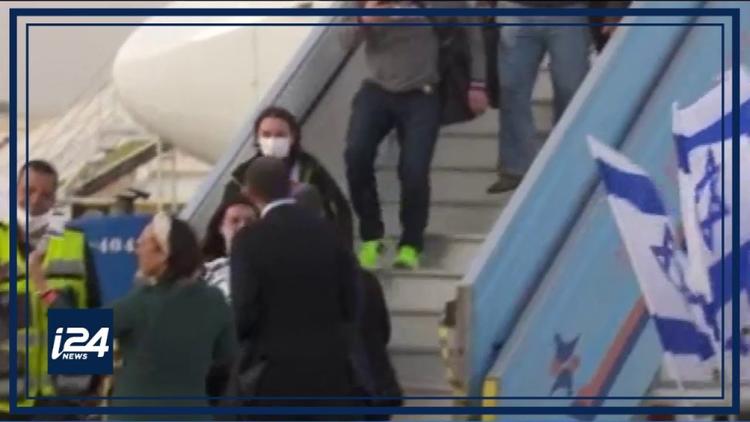 By Stephen Hall, University of Bath | –

It’s not the first time that Jews have felt it necessary to flee Russia, but the invasion of Ukraine has resulted in the fourth wave of exiles in the past hundred years.

Since Vladimir Putin became president for the second time in 2012, the authorities have become increasingly repressive towards minorities, as well as cracking down on freedom of speech and getting rid of any opposition figures. But it was the 2022 invasion of Ukraine that was the final straw for many Jewish people.

Since the war began in February 2022, the authorities have doubled down on repression, changing it from a targeted practice to mass repression. An example is the arrest of children for placing flowers outside the Ukrainian embassy in Moscow in March. This is something that the Russian authorities have not done before. At the same time, the economy appears to be spiralling beyond the control of the authorities.

Historically, when economies tank, governments often look for minorities to blame – and Russian Jews know this could be the case again.

Data from the International Monetary Fund in early August 2022 suggested that the Russian economy would only contract by 6% in 2022, rather than the predicted 8.5%. Although the economy has not collapsed – as predicted by many western specialists – businesses are leaving or have curtailed operations in Russia, and sanctions are beginning to cripple the economy.

Although Russia’s Jewish population is very small at 165,000, compared to the whole Russian population (145.2 million), it makes up a disproportionate number of the Russian middle class. This group has been in decline for a while, but the possibility of mass conscription, a failing economy and increased restrictions over the few independent areas of life have led to about 200,000 middle-class Russians leaving during the Ukraine war for Georgia, Turkey, Armenia and beyond.

Significantly, Moscow’s chief rabbi, Pinchas Goldschmidt, left Russia in July after the authorities put pressure on him to support the war in Ukraine. In late July, the ministry of justice of the Russian Federation announced it would shut down the Moscow office of the Jewish Agency, which organises migration to Israel, after Israeli prime minster, Yair Lapid, condemned the war.

Both of these actions put many Russian Jews on high alert. In an interview after he left Russia, Goldschmidt said that the sanctions and pressure to support the war changed Russia from a modern country back to one echoing the Soviet Union.

Sadly, antisemitism has a long and painful history in Russia. The expansion of Muscovy – a name given to combine the Grand Duchy of Moscow (1263-1547) and the Tsardom of Russia (1547-1721) – to the east and west, culminating in the pronouncement of the Russian empire in 1721, saw Russia incorporate a large Jewish population.

The partitions of Poland between 1772 and 1795 and victory over the Ottomans in the 17th century gave Russia a large Jewish minority. The Pale of Settlement, an area where Jews were forced to live, was created in 1791 to keep most Jews in the newly annexed territories and away from inner Russia.

Throughout the period of the Russian empire (1721-1917) the Jewish population experienced numerous pogroms (organised massacres). In the late Tsarist period (1905-1917), famine and state support of nationalist groups, such as the Black Hundredsresulted in the need to locate an “enemy” to blame for Russia’s woes. The Jews served this purpose and pogroms, like the one in Kishinev in 1903 (present day Chișinău, capital of Moldova) were widespread across the empire.

The Tsarist regime was imbued with a deep antisemitism, epitomised by the deep fake publication the Elders of Zion. This document was created by the Tsarist secret police – Okhrana – to justify this antisemitism and create the conspiracy that the Jews were trying to control the world.

This antisemitism continued into the Soviet Union, which was anything but the egalitarian society it claimed to be. Jewish schools and cultural institutions were closed, Jewish leaders murdered and antisemitic plots were created by the Soviet system to justify crackdowns. The 1953 doctors plot, where Jewish doctors were accused of murdering Stalin is the most famous example of these fake creations.

This persecution, combined with Israel being a key ally of the US in the cold war, put Jews in a difficult position. Facing discrimination at school and in the workplace many Russian Jews chose to leave the Soviet Union. This led to the term refusenik, where many Soviet Jews had “refused” stamped in their visa applications.

Claims circulated that Soviet Jews were a fifth column, a set of organisations aiming to undermine the national interest, and in cahoots with the US. This led to further persecution, more Soviet Jews fleeing and further accusations.

While Russia is not the Soviet Union, the Putinist system is increasingly reactionary and autocratic – some would say fascist. Autocracies generally need an enemy to put the public on their side and show that they are fighting instability and protecting the population.

The phrase came up recently, during a state-sponsored rally in the Luzhniki Stadium in Moscow in March 2022, when Putin spoke about a fifth column and national traitors. Authoritarian leaders often like to cite an internal enemy as well as an external enemy.

The fear of Russian history repeating itself doesn’t go away. Past and present Russian regimes have always blamed Jews for their problems. Many Russian Jews are not waiting around to find out if Russia is about to take this dark path, again.