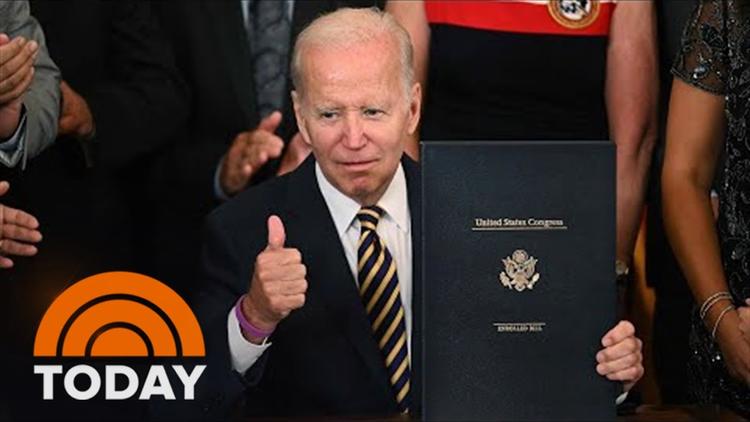 By Jason A. Higgins, Virginia Tech | –

During a 13-month stint in Iraq that began in 2006, Heath Robinson served as a medic with the Ohio National Guard. Like thousands of others soldiers stationed there, he was routinely exposed to toxic smoke emanating from what are known as burn pits.

Located near military bases, some of these pits were nearly as large as three city blocks and were used by the military to incinerate chemical weapons, computer hardware, human remains, medical waste, asbestos, pesticides, paint cans, fuels, rubber and other materials.

A decade after his deployment, Robinson was diagnosed with a rare form of lung cancer. He was unable to prove that his cancer was caused by the exposure to the poisonous fumes from the burn pits, and the Veterans Administration denied him health care benefits associated with his disease.

In May 2020, Robinson died from his illness, leaving behind a widow and an 8-year-old daughter. He was 39 years old.

The denial of services is expected to come to an abrupt halt now that President Joe Biden on Aug. 10, 2022, signed into law
legislation that will require the Veterans Administration to provide health services to soldiers suffering from more than 20 diseases associated with burn pits, including several forms of cancer and lung disease.

Officially called “The Sergeant First Class Heath Robinson Honoring our Promise to Address Comprehensive Toxics Act of 2022,” the law is known as the PACT Act. It also requires the Veterans Administration to expand health care to veterans exposed to toxic chemicals during service in Vietnam, the Gulf War and global war on terrorism.

Most important, the PACT Act removes the burden of proof and gives veterans the benefit of doubt at a time of desperate need.

For the past 12 years, I have been doing oral history interviews with veterans from the wars in Vietnam, Iraq and Afghanistan. In our research for our book “Service Denied: Marginalized Veterans in Modern American History,” historian John M. Kinder and I uncovered a long record of rights and benefits denied to military veterans between 1900 and 2020.

For a moment, the PACT Act looked like it was about to be defeated.

The Senate had approved the bill on June 16, 2022, but during a second vote over a minor technicality, Republican senators blocked its passage less than two weeks later. Some claimed the legislation, estimated to cost US$285 billion, created a “slush fund” of billions of dollars.

In a video that went viral on social media, Republican Sen. Ted Cruz of Texas was seen congratulating his GOP colleagues with fist bumps after they sank the bill.

Nearly 60 veterans organizations spoke out in support of the PACT Act. At least 15 veterans camped out on the steps of the Capitol.

They protested the denial of care to veterans and talked about the rates of suicide, incarceration and invisible wounds such as post-traumatic stress disorder, affecting more than 300,000 Iraq and Afghanistan war veterans.

Comedian and veterans activist Jon Stewart stood outside the Capitol on July 28 and condemned the actions of the GOP senators.

Less than a week after Senate Republicans rejected the PACT act, the legislation passed 86-11 on Aug. 2, 2022, without revisions – and was sent to Biden for his signature.

“Toxic smoke, thick with poison spreading through the air and into the lungs of our troops,” Biden said after signing the bill. “When they came home, many of the fittest and best warriors that we sent to war were not the same. Headaches, numbness, dizziness, cancer.”

The burden of proof

The callous disregard of veterans is a shameful and overlooked tradition in American history.

In my research, I found that the denial of medical care to veterans suffering from diseases acquired during their service – and the fight to acquire it – is nothing new.

During the Spanish American War, for instance, where U.S. soldiers fought in both Cuba and the Philippines between 1898 and 1902, more than 5,000 U.S. troops died from diseases likely associated with typhoid and malaria. Of the 171,000 personnel who served abroad in that war, 20,700 contracted typhoid alone and more than 1,500 died.

Historian Barbara Gannon writes about how these veterans fought, during the Great Depression era, for acknowledgment of their service-connected disabilities.

The Economy Act of 1933 cut the pensions of hundreds of thousands of veterans, including 74,000 disabled Spanish American War veterans and 387,000 World War I veterans, prompting many to commit suicide.

In that moment, veterans learned an important lesson about uniting across multiple generations to receive care.

Long before the official recognition of PTSD in 1980, veterans quietly suffered with uncompensated disabilities related to combat stress known as shell shock for much of their post-military lives.

Most recently, Vietnam veterans exposed to Agent Orange and other chemical herbicides that were used to defoliate dense jungles in Vietnam have fought for Veterans Administration benefits and health care since 1977. One such benefit was monthly compensation if a veteran was unable to work as a result of their illness acquired from their service.

In 1979, Congress ordered the Veterans Administration to investigate the carcinogenic effects of dioxins, a major ingredient in Agent Orange and other defoliants used in Vietnam, according to the Congressional Research Service. But nearly a decade later, neither the Veterans Administration nor the Centers for Disease Control could prove a connection between Agent Orange and sick veterans.

The lack of scientific consensus delayed treatment to sick Vietnam veterans. Veterans were required to prove a direct exposure to Agent Orange, and when they couldn’t, most were denied disability claims.

At the urging of the Vietnam Veterans of America, Congress passed the Agent Orange Act in 1991, requiring the Veterans Administration to provide care for certain diseases associated with exposure to dioxins such as those found in Agent Orange.

But even then, Vietnam veterans still had to prove they served in-country, and many could not, thus disqualifying thousands of vets exposed to Agent Orange who had never set foot in Vietnam.

The PACT Act brought together a groundswell of veterans from multiple generations in support of expanded health care and disability benefits for veterans.

What seemed to be a spontaneous backlash against GOP senators had, in fact, been decades in the making.

Given the long history of denial, Biden was not understating the importance of the PACT Act.

“This is the most significant law our nation has ever passed to help millions of veterans who were exposed to toxic substances during their military services,” Biden said.