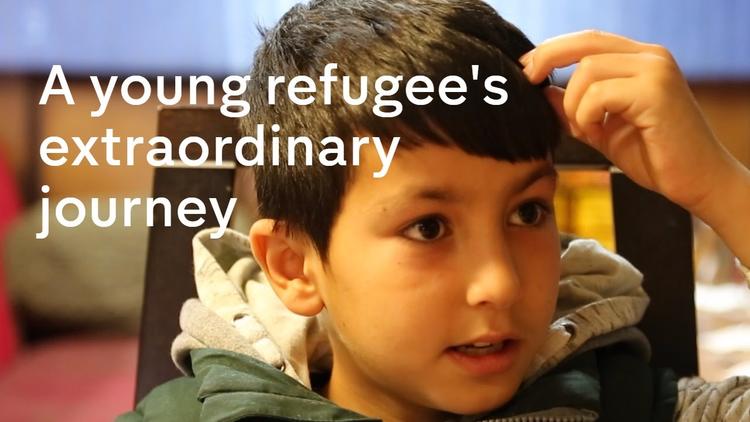 This summer I performed my own one-woman show at the 75th Edinburgh Fringe – a sentence I never thought I would write in my 17 years of living in the UK. But there I was, a Syrian academic on stage in Edinburgh in front of a microphone, high on adrenaline, ready to go.

It was both thrilling and terrifying, but the significance of this experience transcended public engagement and the buzz of performing on stage. As a former refugee driven by my own migrant experience, taking part in The Cabaret of Dangerous Ideas (CoDI) in the city I now call home was an act of resistance and activism.

CoDI was established in 2003 as a collaboration between Edinburgh-based universities and the Festival’s Fringe, to provide academics with the space to engage with the public by “performing” their research on stage to a general audience. Academics are supported throughout, and comedian Susan Morrison is there to offer encouragement and, if any hecklers are around, protection.

All I needed was a sufficiently dangerous, stage-worthy idea that I could develop for my show. And so, Become a Sexy Refugee in 5 Easy Steps was born.

I wanted to expose the double standards that exist both at the UK border and in the media’s portrayal of refugees. This was my chance to speak out publicly about the injustices committed against migrants, refugees and asylum seekers and reflect on how we think and speak of them in our everyday conversations.

Dressed in a headscarf, I stood on stage that evening and asked: why is it that faces of displaced people like me do not elicit the world’s empathy like a fair-skinned face does? Why does the world respond differently to certain people? Is one war “sexier” or more appealing than another? Is one human’s suffering more “deserving” of our compassion than another?

CoDI provides a great platform for academics to share our research with the public. My work sits within migration studies, exploring concepts of identity, difference, belonging and power relations in the context of being displaced.

In a research paper I published in 2021, I discussed the urgency of bringing the migrants’ stories to people’s attention – in other words, ensuring the voices of the displaced are listened to and heard. But I also needed to speak of my experience beyond the usual academic sphere, so CoDI was the ideal platform.

I am frustrated with the way the world behaves towards various groups of refugees. I watched the reaction of unprecedented empathy to the plight of Ukrainian refugees by the same world that averted its eyes from refugees in Syria, Afghanistan, Yemen and Sudan.

I witnessed this disparity first-hand in Calais earlier this year, when I spent a week volunteering with Care4Calais to support people from Africa and the Middle East who have been in limbo for years in northern France, after fleeing persecution in their countries.

Narratives and stories are major themes in my research because they are central to the human experience. The power of storytelling in creating social and political change cannot be underestimated, especially in our social conversations and research about refugees and human migration.

More than one narrative

As a keen narrative ethnographer, I believe that changing harmful discussions around refugees begins with challenging the myth and tyranny of the narrative that puts all refugees in “one boat” – and I am fully aware of the pun here.

I too have been subject to this imposed narrative that so often misrepresents and homogenises Syrian refugees. My personal stake provided the backbone of a show that focused on the marginalised experience of migrants.

I stood on stage and explained my need to challenge the stereotypes and preconceptions that have been attached to me over my time in the UK. Microaggressions such as “you don’t look like a Syrian”, “but you seem like a decent person”, and “but you speak very good English” pointed to a toxic singular narrative that all Syrians – all refugees – are one amorphous mass of people, rather than individuals in their own right with lives, children, careers, homes, hopes and dreams.

Such a reductive narrative, fortified by years of media bias, right-wing populism and refugee panic, flattened my experiences and reduced my rich and multifaceted heritage to “swarms of migrants”, “dinghy people”, or a mere “threat or victim” binary.

This oppressive and untruthful narrative required me to tell a different story that demonstrates there are diverse ways of being and becoming in this world.

The message I wanted to share with my audience was simple: stories are a human right and a responsibility – but most importantly, stories are a privilege that the majority of refugees do not enjoy. Without someone listening, storytelling is a fragmented and futile human endeavour.

What refugees need the most is for the world to actively listen and practise cultural humility – a curious and respectful attitude towards other cultures. Like Nigerian writer Chimamanda Ngozi Adichie, I am fully aware of the need to stop the popular story from becoming the only story.

She strove to find her “authentic cultural voice”, as have I. This is possible through initiatives such as CoDI that empower marginalised groups to have agency over our stories, and to reclaim power and control over how we are presented to the world. These stories also evoke human emotions that are more complex and generous than pity.

My show was a combination of humour, evidence and personal experience which I feel received a positive response from the audience. When asked, most agreed that refugee stereotypes breed prejudice and that hearing a different story of strength and hope is important. A Scottish woman came up to me after the show, embraced me and said thank you. The sense of real connection was palpable and it felt empowering. There was no place for pity.

Pity is a pretty useless emotion that deems refugees distant and alone in their suffering. Empathy, by contrast, offers solace and support; it says we are all in it together, and there for the grace of God go all of us. Empathy helps people to see the human – and the story – in every refugee.