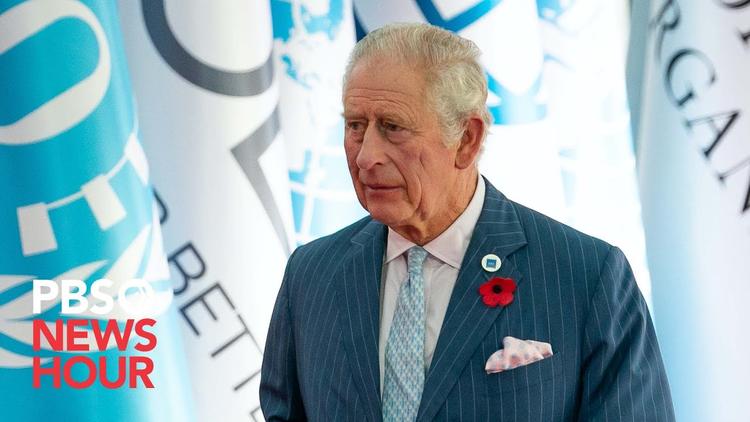 Ann Arbor (Informed Comment) – The new king of England, despite being a booster of green energy and a foe of the climate emergency is not in a position to set government policy on climate issues. Unfortunately, that is the prerogative of new Prime Minister Liz Truss, a Tory close to Big Carbon who just put a climate change denier in charge of energy policy. Still, Charles III has the most bully of bully pulpits and his environmentalist views are likely to be broadly influential with the British and Commonwealth publics, and perhaps in the United States, as well. His philanthropies lie at the nexus of a vast global network of charities and nonprofits among whom he is also listened to with respect. It is a far cry from the 1970s when he was often dismissed as a touchy-feely prince moonbeam.

We can argue about the character of Charles’s philosophy of nature and whether it is conservative or not. I don’t really care about the origins of his concern for the dangers we face from the climate emergency. I’m just glad he takes this stance, unlike so many of his peers among the Judas American and British billionaire class who have actively attempted to wreck our planet in order to eke out their thirty coins of silver.

There are lots of dimensions of the British royal family, both good and bad, that one could discuss. I think another of our crises is the growth of wealth inequality globally, and on that question I don’t expect much help from Buckingham Palace. Here, I’m just asking whether, under Charles’s leadership, the monarchy can help make a difference on the central issue facing humanity in the twenty-first century, that of the climate emergency. It won’t do us any good finally to achieve a more just and equal distribution of wealth in a society if it just goes underwater soon thereafter.

In his 2010 book, Harmony, Charles called for a “sustainability revolution.” In history, liberal or progressive royals such as Talal bin Abdulaziz of Saudi Arabia were often called “red princes.” In forcefully rejecting Carbon business as usual, Charles is a sort of red (or perhaps we should say green) prince.

In Harmony, Charles wrote that “there is now a strong consensus that, in order to avoid the worst consequences of what we have put in train, it will be necessary for us to limit global average temperature increase to no more than two degrees Celsius [3.6F].” More than that, he writes, has the potential for very steep sea level rises and tropical heat throughout the planet, making human civilization difficult to maintain. His understanding of the science and of past geological epochs in which we saw similar concentrations of CO2 seem to me to be sound.

He said that he visited the Met (Meteorological) Office Hadley Centre for climate research at Exeter and the scientists warned him that if we go on with business as usual, we will likely hit 4 degrees C. (7.2F) average temperature rise over the pre-industrial norm by the end of this century. They told him that we could even hit a 6 degree C. increase (10.8F). Charles pointed out that a six-degree C. increase in the average temperature of the surface of the earth is believed to have brought about the mass extinction at the end of the Permian period, 250 million years ago.

Charles spoke at the UN Conference on Climate Change at Copenhagen in December, 2009, and had a front-row seat at the spectacle of the climate change deniers’ campaign of disinformation, at which he was deeply dismayed.

He takes a deep interest in technological fixes to the greenhouse gas emissions problem, showing that he is not a glib technophobe. He wrote in 2010, “From wind energy to concentrating solar power and from photovoltaic electricity to wave power, there is a vast range of design solutions out there that could help us cut greenhouse emissions very quickly.” That was prescient, since wind and solar were more expensive and less competitive then than they are now. In 2022 in the US, wind-powered electricity can be had for 4 cents a kilowatt hour, less than fossil gas or coal, and solar has fallen in price to only between 6.5 and 8 cents a kilowatt hour, which also makes it highly competitive. Charles has also been a vocal critic of the coal industry and has spoken of the need to transition away from that most polluting of energy sources.

Charles noted that he had his own forty-year-old Aston-Martin modified to run off a form of ethanol (“a waste product of wine-making), and so had stopped burning gasoline in it.

Charles, in his typical mystical fashion, called these green energy technologies “working with the grain of Nature in meeting our energy needs.” We may conclude that he sees burning fossil fuels as working against nature, since they introduce so much damaging heat into the atmosphere, disrupting the ecology. He also advocates constructing sustainable buildings, based on cooling techniques seen in termite structures.

Charles’s critics point out that the royal family has an enormous carbon footprint, despite his green philosophizing. But we should be wary of these arguments, which often come from the fetid marshes of Big Carbon think tanks. The whole idea of an individual “carbon footprint” was an invention of the oil companies, as a means of shifting the blame for greenhouse gases onto the individual consumer. The big companies did that in the 1960s regarding pollution, using clever ads to suggest that individuals could stop it just by not littering. The big pollution is done by chemical factories and is not at all like an individual tossing a candy wrapper in the street.

Individuals, even rich and powerful ones like the British royal family, don’t have control of the systems that produce carbon pollution. Only governments are wealthy and organized enough to change those systems. That is why the most powerful lever environmentalists have is the ballot box. The Democratic Party’s Inflation Reduction Act will leverage trillions of dollars of investments in sustainability over time, before which any individual philanthropist’s or entrepreneur’s contribution pales in comparison. Indeed, Charles has pointed out that individual countries aren’t even in a position to move to sustainability by themselves– that we need a multinational coalition of governments who are jointly spending trillions.

The royal family will over the next few years rent out offshore sea beds to wind farm companies. Even its critics admit that “The Crown Estate, which manages the Queen’s property portfolio, has sold sites in six areas off England and Wales to energy companies. When the farms are built, they will supply green energy to seven million homes by 2030 while saving 19 percent of the UK’s household carbon emissions. Former Energy Minister Anne-Marie Trevelyan said at the time of the announcement. The energy delivered will help power seven million homes.'”

That’s significant, and is walking the walk.

In any case, I would argue that “carbon footprint” is a red herring. The important thing is that Charles III is committed to a sustainable world that restores respect, even reverence, for nature to pride of place in planning, design and engineering. Humanity is in big trouble, and the question we have to ask of each of the powerful people on the planet is whether they are on our side in dealing with the climate emergency and the pollution crisis.

Charles III is on our side on this key issue, and that is something to celebrate.