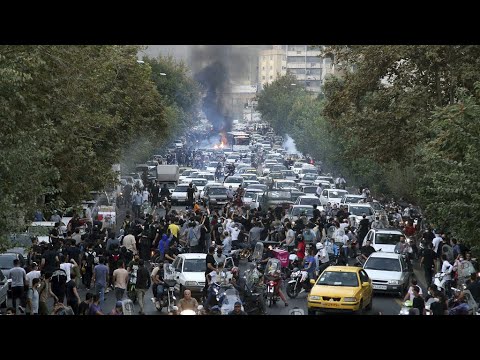 Unrest continues to erupt across Iran following the death of a 22-year-old Kurdish Iranian woman, who died after being arrested and reportedly beaten by Iran’s morality police.

The Iranian force took Mahsa (Zhina) Amini into detention on Sept. 16, 2022, for not wearing her hijab according to the rules.

As of Sept. 26, at least 41 people have been confirmed killed and hundreds have been arrested and wounded in protests that erupted after Amini’s death.

As a Kurdish-born scholar and a professor of Middle Eastern studies at the University of Central Florida, I have previously written about gender in Middle Eastern cultures and Iranian protests.

With the exception of bland condemnations, the discrimination against women in Iran is often overlooked while the world focuses on limiting the country’s nuclear capabilities.

Some scholars and activists have criticized international law for its lack of initiative and public action in recognizing Iran’s systematic discrimination against women as gender apartheid and acting to prevent it.

Embed from Getty Images
Iranian pro-government protesters burn flags of the US, Israel and Britain during a rally against the recent anti-government protests in Iran, in Tehran, on September 25, 2022. – Iran’s judiciary chief vowed no leniency against the wave of unrest that has rocked the country since the death of young Kurdish woman Mahsa Amini in the custody of the morality police. (Photo by AFP) (Photo by STR/AFP via Getty Images).

But many discriminatory laws, including those forcing women to cover their head and face with a hijab, honor neither tradition nor religion and are applied to women of all ethnicities and faiths.

After all, Amini was not a Shiite woman by ethnicity or religion.

The 1979 Islamic Revolution established a republic that implements similar inhumane policies and practices of racial segregation and discrimination as practiced in South Africa under the government’s former brutal apartheid regime.

The laws and policies in Iran establish and maintain domination by men and the state over women and their right to choose their own clothing or obtain a divorce. Systematic gender inequalities are prescribed legally and enforced by the regime to deny the women the “right to life and liberty” and “basic human rights and freedoms,” which according to Article II of the United Nations’ Apartheid Convention in 1973, are considered “the crime of apartheid.”

For example, according to Article 18 of Iran’s Passport Law, a married woman still needs written permission from her male guardian to travel abroad.

Women in Iran are unable to hold any positions within the judicial, religious and military systems, nor are they able to serve as members of the Assembly of Experts, the Expediency Discernment Council or the Guardian Council, the three highest councils in the Islamic Republic.

Women under law cannot be president or supreme leader of
Iran. According to Article 115, the president of the Islamic Republic must be elected from among the “religious and political men.”

In addition, the Iranian state has added discriminatory features to the criminal code – one such feature is the principle that the value of a woman is one-half of the value of a man.

That principle applies in matters involving compensation for a killing and in what a son or daughter receives from a family inheritance. They also apply in the weight given to legal testimony or in obtaining a divorce.

Such laws, policies and practices continue to mark women as lesser citizens, legally and socially unequal.

The state also has imposed systematic segregation in schools, hospitals, universities, transportation, sports and other major areas of day-to-day life.

For many decades, Iran’s gender apartheid had relegated women to the back of the bus with a metal bar segregating them from men.

Under the government’s direction, universities have set limits on women’s options and have banned them from many fields of study.

Iran has generally barred female spectators from soccer and other sports stadiums since the 1979 revolution.

Clerics play a major role in decision-making and have argued that women must be shielded from the masculine atmosphere and sight of semi-clad men during sporting events.

Under such discriminatory policies, the Persian terms such as za’ifeh, meaning weak and incapable, has found its way into Persian dictionaries as synonyms for “woman” and “wife.”

Like the articles of the Constitution of the Islamic Republic of Iran, principles of the morality police are founded on an interpretation of canonical Shiite texts and are implemented through modern tools of control and prosecution.

In international criminal law, specific unlawful acts that are committed within a system of oppression and domination are considered crimes against humanity.

As set out in the U.N.‘s Apartheid Convention, these crimes include denial of basic rights that prevent a racial group or groups from participating in the political, social, economic and cultural life of the country.

Most known for the brutal regime in South Africa, apartheid comes from the Afrikaans word meaning “apartness.” It was the ideology that was introduced in South Africa in 1948 and supported by the National Party government.

The compulsory hijab is at the center of what I call Iran’s extreme gender apartheid, where a misplaced headscarf can result in up to 15 years in prison, lashing, fines and inhumane and unlawful arrest and death.

Several anti-compulsory hijab movements emerge every few years in Iran, such as in the case of Zhina Amini.

In the Kurdish language, her name originates from “jin,” the word for woman and shares a root with the word for life, “jiyan.”

Add in “azadi” – the Kurdish word for freedom – and the slogan “Jin, Jiyan, Azadi” means “Women, Life, Freedom” and is resounding among protesters in streets throughout Iran and the world to dismantle the state’s gender apartheid.