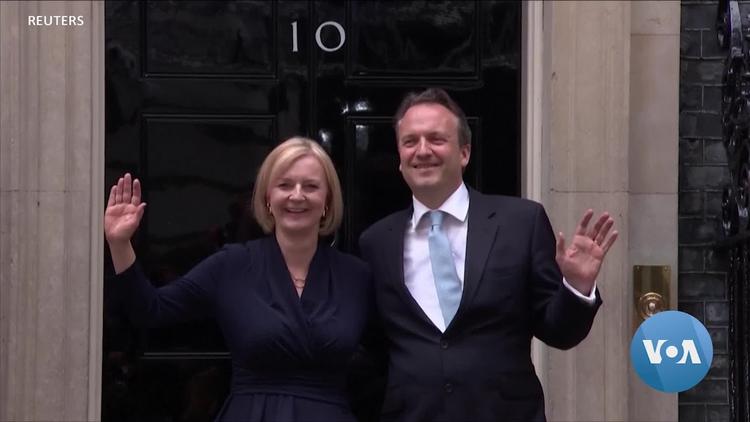 London (Special to Informed Comment) – The United Kingdom has announced its third Prime Minister since Britain voted to leave the European Union (EU) in 2016. Although former Prime Minister Boris Johnson was the man to guide Brexit, those who assisted in his post-Brexit vision could further Britain’s controversial path.

On September 6, Liz Truss met with the Queen who formally handed over power from her predecessor Boris Johnson, whose tenure as British Prime Minister has been defined by various scandals. Now, the new Prime Minister and former Foreign Secretary must grapple with a critical economic crisis in the UK, as she leads a UK that still aims to define its place in the world, following its departure from the EU.

The fact we have seen over the last six years since the Brexit referendum shows it has been an undesirable job which few British politicians have wanted to take. As Theresa May’s tenure from July 2016 until July 2019 has proven, the difficulties of facilitating Brexit have risked being career damaging and reputation shattering.

Johnson wanted to prove that he was the man who could prove the sceptics wrong and “Get Brexit Done”, as he consistently proclaimed throughout his December 2019 General Election campaign.

Although Johnson was able to pull the UK away from the EU and deliver promising economic expectations at first, various scandals throughout the coronavirus crisis, including himself breaking many social distancing rules imposed by the government, had trashed his image. Moreover, the UK has suffered a disproportionately high cost of living crisis, with inflation higher than that of Europe. Inflation is

Johnson has often been likened to former US President Donald Trump. Yet unlike Trump’s removal which saw his party displaced, remnants of “Johnsonism” still live on within the government, as Truss came from his administration and cabinet. It means that the UK’s current path could only intensify.

Britain’s post-Brexit stance under Johnson’s government has attracted criticism of being driven by neo-imperialist visions. Britain has since tried to ensure that it can tie itself with countries with whom it has historic influence, namely former colonies, or protectorates under the British Empire.

Like with the Gulf, Britain has tried to bolster its ties with its traditional allies in the Middle East, including Saudi Arabia, the UAE and Israel – despite the human rights risks. Targeting the Middle East and in particular the Gulf is not only designed to offset the trade imbalance from Brexit, it also aims to expand Britain’s trade influence in the Indo-Pacific and thus further consolidate the vision of “Global Britain.”

Truss has taken a firm stance on various international affairs, and has been dubbed “blunt and assertive” by some US officials. While many have expected Britain to take a more isolated position in various global issues following Brexit, the Conservative Party has tried to enhance Britain’s standing in the world. Truss will likely pursue this vision further. Last year, in a speech at Chatham House in London, Truss voiced the need for a “confident, outward-looking, patriotic and positive” Britain as opposed to one that is “racked with shame” about its colonial past, proclaiming that we “should be proud again of what we are and what we stand for”.

Such has led to Britain taking a leading role within NATO over the Ukraine crisis, with Johnson’s government becoming a leading figure to pressure Vladimir Putin’s military campaign. Having been severely critical of Moscow already, Truss said she aims to “call out” Putin in person at a Group of 20 summit in Indonesia in November.

Although scepticism of China has increased within the UK in recent years, Truss has adopted a more hawkish tone, even more so than Johnson. At the NATO Summit in Madrid in June, Truss suggested that NATO should pre-emptively put boots on the ground in Taiwan to counter the possibility of a Chinese invasion. After all, the EU has comparatively not been as hawkish on China, given their

Even within the United Kingdom, she said of Scottish National Party leader Nicola Sturgeon, who seeks another independence bid for Scotland next year, that “the best way to deal with Nicola Sturgeon is to ignore her,” dubbing her an “attention seeker.” Some have signalled this stance could inadvertently trigger support for Scottish independence.

Many observers have noted that Truss has attempted to model herself around another “small state” ideologue Margaret Thatcher, such as the picture of her in a tank in Estonia, which replicates Thatcher’s similar photo in West Germany in 1986.

Truss therefore is likely to continue to embolden Johnson’s vision, rather than reversing it, which could lead to a more hawkish foreign policy. And, despite the UK’s claim for an independent foreign policy outlook, an increased reliance on the US is likely. Truss will fly to the US later in September and has already stated her desires to tighten relations with Joe Biden’s administration.

As for the UK’s domestic predicament, Truss faces a mammoth task in salvaging the cost-of-living crisis, which could equally make or break her legacy. Many observers have already voiced scepticism over whether Truss can truly achieve this, particularly as she has not promised greater restrictions or taxes on energy giants which have profited from rising prices.