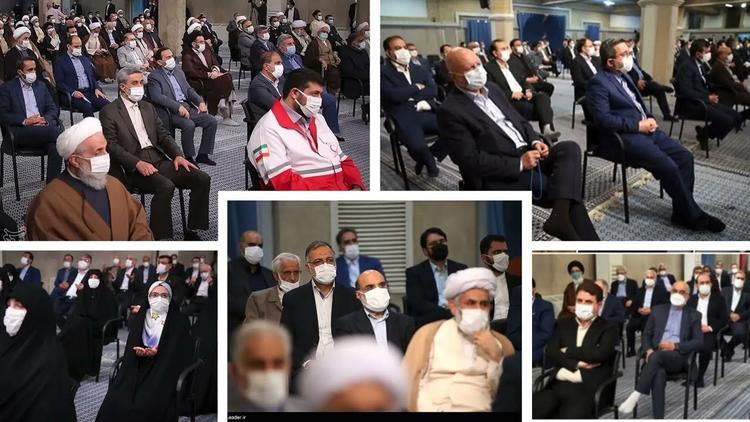 ( RFE/ RL ) – Iran’s Rasa news agency has rekindled rumors that Mojtaba Khamenei, the influential son of Supreme Leader Ayatollah Ali Khamenei, is being groomed as the successor to his elderly father, despite his lack of credentials.

Affiliated with seminaries in the holy Shi’ite city of Qom, the agency used the title of ayatollah to refer to Mojtaba Khamenei. The move has fueled speculation that the younger Khamenei is being promoted ahead of possibly succeeding his 83-year-old father, who underwent prostrate surgery in 2014 amid rumors about his health.

Ayatollah is an honorific title reserved only for high-ranking clerics. Mojtaba Khamenei had previously been referred to as a hojatoleslam, a title that refers to mid-ranking clerics.

Why It Matters: Rasa’s reference to the young Khamenei as an ayatollah comes after a statement last month by opposition figure Mir Hossein Musavi, who warned that the leadership in Iran could become “hereditary.”

“The news of this conspiracy has been heard for 13 years. If they’re not looking into it, why have they not once denied such an intention?” asked Musavi, who has been under house arrest since 2011.

Rumors about Mojtaba Khamenei as a possible successor to his father first emerged during mass anti-government protests following the disputed presidential election in 2009. He became a target of chants by opposition activists during the rallies, with some chanting: “Mojtaba, may you die and not become the supreme leader!” He was rumored to have been involved in the brutal crackdown on protesters that year.

What’s Next: With officials refusing to comment, speculation is likely to grow around the younger Khamenei. Iran’s hard-line President Ebrahim Raisi, a Khamenei protege, has also been rumored as a potential successor.

Speculation over Khamenei’s successor is likely to mount due to his age and rumors about his health. The Assembly of Experts, an 88-member chamber of theologians, all male, picks and nominally oversees the work of the country’s supreme leader. But it is unclear exactly what actual role the assembly is likely to play in choosing Iran’s third supreme leader.