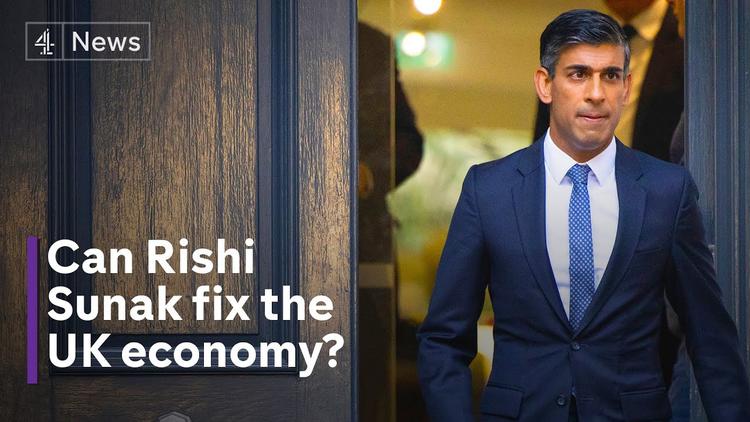 London (Special to Informed Comment) – In a further display of chaos within the UK Conservative Party and British government, Britain has appointed its third prime minister within less than two months. It followed Liz Truss’ forced resignation after 44 days of being Britain’s Prime Minister, which may have bemused many observers.

While the Conservative party’s ministers had scrambled together to appoint a unity candidate in its new leader Rishi Sunak, it signaled a gulf between the party’s MPs and its members. After all, Truss was voted in by the Conservative Party members in the initial vote in September, while Sunak was selected by a majority of Conservative MPs within the last week. And this is not to mention a likely rift with the wider public, who have had no say on the last two leaders’ appointment.

Damning polls had emerged in the final days of Boris Johnson’s tenures, and they had gotten worse under Liz Truss. One indicated that the Conservatives could suffer historic losses in an election that they would not even be an opposition party. Therefore, Conservatives MPs have desperately tried to salvage the party’s unity and therefore save their jobs.

In the last couple of weeks, the Conservative Party had flailed around trying to stop itself from imploding. Truss may have captured attention by releasing unpopular trickle-down economic polices and tax cuts for the rich – which even Joe Biden scoffed at, prompting the British Pound to briefly hit 37-year-lows at £1.03 to the Dollar in September. And the firing of her chancellor, who Truss herself appointed, gave a glimpse of the disorganized nature of the party.

However, she was merely a symptom of the political chaos that currently Britain has endured since the looming prospect of Brexit first came in 2016.Even the mere possibility of Johnson 2.0, the man who was forced to resign after breaking his own Covid lockdown laws, signified the lawlessness of the new Conservative leader vote.

While the Conservatives currently have a large majority in parliament, it came off the back of the 2019 general election with Johnson’s promises to “get Brexit done” and greater spending on vital public services. Concealing his own lavish background, Johnson deceptively fashioned himself as a down-to-earth and entertaining politician, one who is detached from the elite Westminster class and could therefore win over the public easily.

At the time of the Conservatives’ last real electoral victory, many ordinary Britons said they were voting for Johnson as they wanted a ‘new’ government, despite that the Conservatives had been the ruling party since 2010. And now the party has been reclaimed by the visible Westminster elite class – not to mention the right-wing of the party, which could leave Conservative voters feeling betrayed.

The pending Prime Minister Sunak’s net worth of £730 million ($824 million) might raise a few eyebrows over his suitability to represent ordinary working people in Britain. It indeed illustrates the elitism that puts the Westminster political class on a different world from ordinary British people.

Sunak’s marriage to the daughter of an Indian billionaire has raised concerns that he is detached from the concerns of everyday voters. Britain is being squeezed by soaring inflation and energy prices as it approaches a cold winter, with many families in poorer communities forced to choose between skipping meals or not heating their homes. Inflation has been forecast to potentially reach 18 percent in 2023, which could make inflation in the US seem mild.

On a more positive note, it is certainly something to be celebrated that Britain has its first British Asian Prime Minister, thus representing diversity in the UK. This could have made a complimentary step to the ascension of the UK’s new King Charles III, who learned Arabic fluently so he could read the Qu’ran and has presented himself as a friend of British Muslims and other minorities, while upholding a monarchy that aligns with the 21st century.

Yet many Conservative figures, including those who supported Sunak, hold views that would undermine equality in Britain. Truss’ Home Secretary Suella Braverman, who voted for Sunak, declared it her “dream” to send helpless refugees to Rwanda – a controversial plan of Johnson and Truss’ cabinets. Even Sunak himself boasted that he scrapped plans that gave public money to “deprived urban areas” in northern England – which hosts some of the poorest regions of the country.

Moreover, when initially running for the Prime Minister’s office in August, Sunak announced plans to refer those who “vilify Britain” to Prevent, a “counter-extremism” organisation in the UK which critics say has disproportionately targeted and alienated British Muslims. Sunak said he will widen the definition of extremism to include those “who are vocal in their hatred of our country.”

In the Middle East, Sunak may also push for some harmful policies of Johnson and Truss’ tenures. He had expressed clear support for Israel, claiming that Jerusalem is its “historic capital” and has mentioned his intent to move the UK embassy to Jerusalem.

Such a move would place Britain on the wrong side of international law and may even isolate it from the US – at a time when Biden has tried to distance himself from Washington’s bellicose stance under Donald Trump. Even Australia recently reversed its recognition of Jerusalem in its entirety as Israel’s capital, showing how damaging it could be to a country’s reputation.

While the Conservatives are set to be in power until 2024, when the next election is due to be held, they will have a mammoth task ahead to save the economy – which could put the nail in the coffin of the party in the short to medium term. And Sunak’s likely continuation of Conservative austerity may not be the answer.

The economic crisis, which the Conservative Party helped create and mismanaged, could see the party ejected from power for a decade. And while it is arguably only a matter of ‘when’ rather than ‘if’ opposition Labour leader Keir Starmer comes to power, it would be up to him to ensure a new government could make lasting changes for the country.