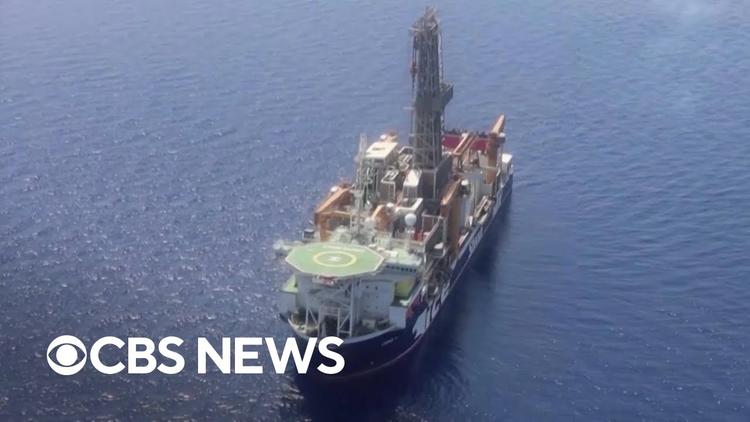 ( Middle East Monitor) – Since the beginning of October, news reports have mentioned a tripartite agreement between Egypt, the Palestinian Authority and Israel to develop a natural gas field off the shores of the besieged Gaza Strip. As recently as Monday, Wafa news agency reported Palestine Authority Prime Minister Mohammad Shtayyeh as saying that the PA had selected a group of ministers to discuss the issue of Palestinian gas with Egypt and follow up the issue with the Palestine Investment Fund (PIF).

On Tuesday, the Israeli public broadcaster Kan revealed that this trilateral agreement had been reached between Egypt, the PA and Israel, but no details were provided.

Gas exploration off the Gaza coast started in 1999. A year later, the British Gas Company (now the BG Group) discovered gas in a field known as Gaza Marine. It is about 30 kilometres west of the Gaza Strip and is estimated to contain more than 1 trillion cubic feet of natural gas.

The cost of development of the field is estimated at about $1.2 billion. It has remained untapped because the PIF, which is responsible for its development, has been unable to do anything due to restrictions imposed by the Israeli occupation. Even the BG Group was obliged to terminate its contract with the PIF due to the Israeli obstacles.

A number of reports since Tuesday have claimed that Israel, the PA and Egypt will benefit from the natural gas taken from Gaza Marine. However, on the same day, Anadolu reported an unnamed Palestinian source as saying that the reports about the tripartite agreement are “inaccurate”. The source said that Israel will not get anything from “our” gas. “This is unacceptable,” he insisted. “Israel is just required not to obstruct the work.”

That is not what one Israeli journalist has told me. According to Baruch Yedid, Israel will indeed have a major share of the revenues from Gaza Marine.

Other sources reported by Al Araby Al Jadeed said that an Egyptian economic and security delegation has discussed the issue of developing Gaza Marine with Israel. A member of the PLO Executive Committee told Al Monitor that Egypt had informed the PA about Israel’s approval to start developing the Palestinian gas field off the Gaza coast. Egypt, said Al Araby Al Jadeed, held several “secret meetings” with Israeli officials to get the occupation state’s agreement to start developing Gaza Marine jointly with the PA.

Egyptian efforts to get a share of the gas started last year when, according to Egypt Independent, the Egyptian Natural Gas Holding Company (EGAS) began talks with the PIF and the Consolidated Contractors Company for Oil and Gas (CCC), the parties licensed to develop the field. The PIF owns 27.5 per cent of the field’s shares; the CCC owns 27.5 per cent; and 45 per cent will be for the operating company. EGAS hopes to be the developer.

A senior PA official, who asked to remain anonymous, told me that an initial agreement had been reached, but a final deal has yet to be signed. He did not mention any timeline, but reports claim that it could be by the end of this year. The official also said that Israel agreed to get involved in serious talks about the gas at the request of the EU, “hoping that this gas would end up in European storage tanks.”

The official explained that under the initial agreement Egypt and Israel will monitor operations in the gas field, with Egypt taking some of the gas by 2025, assuming everything goes smoothly. Most of the gas will be sent to Europe by Israel, which will share the resultant revenues with the PA.

According to the anonymous PA official, some of the revenues will be spent on developing the Palestinian economy in Gaza. “Israel, though, wants to make sure that none of the money goes to Hamas.” The occupation state has been claiming for years that it blocked the development of Gaza Marine fearing that Hamas, which has been the de facto authority in the besieged enclave since 2006, would benefit from the profits.

In 2007, the then Israeli Defence Minister Moshe Ya’alon claimed that Hamas would have used revenues from Gaza Marine to fund attacks against Israel, the PA and “Israeli gas facilities”. Since then, nothing has changed on the ground: Hamas still governs the Gaza Strip, and the Israeli-Egyptian siege, backed by the PA and some Arab and European countries, is still in place. And Israel still touts its fears about “security”.

What has changed, however, is the emergent European demand for gas due to the Russia-Ukraine war, as well as the PA’s serious need for finance, which the Arab and EU countries as well as the US are either unable or reluctant to provide.

It is now clear that everyone is going to benefit from the natural gas off the coast of Gaza except those who probably need it the most: the Palestinians in the besieged territory. Egypt wins as a developer; the PA gets the revenues as the nominal owner; Israel takes a cut as a facilitator; and the EU gets the gas a consumer. Meanwhile, the residents of Gaza, who have been suffering from a severe lack of cooking gas, oil and electricity for fifteen years and more, will have to watch in silence as their natural resources are stolen from under their noses.

Nobody believes that the revenue from Gaza Marine will, in part, be used to boost Gaza’s economy. We have been hearing promise after promise on such matters for years, and nothing has ever materialised, because Israel always comes up with some new “security” issue and refuses to ease or lift the siege. The PA, meanwhile, is very open about its disdain towards the Palestinians in Gaza, so promises from Ramallah are worthless.