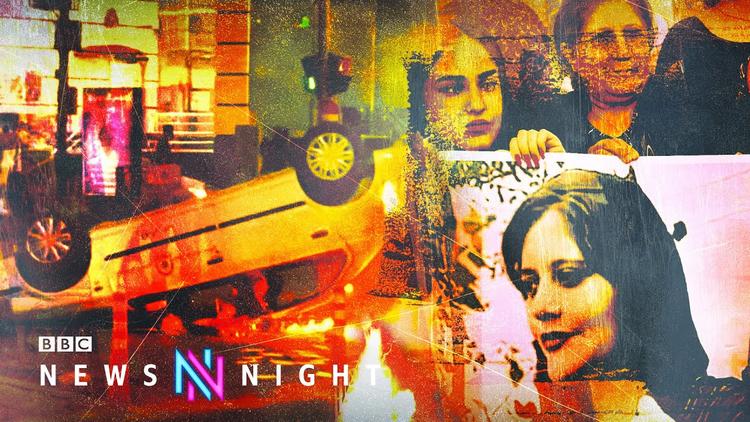 By Sahar Maranlou, University of Essex | –

Protests have quickly spread across Iran calling for a change in the law after the death of a 22-year-old woman, Mahsa Amini, in the custody of the morality police.

The young woman was accused of violating rules on wearing hijab in public. The term hijab is an Arabic word meaning cover. However, it has been used to refer to different types of covering since 1970, from a long-sleeved coat, pants and scarf to the Islamic government’s preferred form of dress, chador, which is a loose-fitting black cloth covering the entire body.

Two quite different forms of law, from opposite ideologies, have been used to try to control women and the covering of their hair and body in the last 90 years.

The first attempt to use hijab as the subject of legislation was in 1936 by a new monarch, Reza Shah (1925-1941), who wanted to force women to remove the veil in public under his “unveiling” order. The shah’s vision of modernity, influenced by Turkish leader Mustafa Kemal Ataturk, included changing what Iranian women wore.

From 1941 to 1979 there was no law that instructed women what to wear, but many women still wore headscarves either as a statement against the monarchy or because their choices were restricted by patriarchal values such as namus (honour) and the strict control of male members of the family.

The 1979 Islamic revolution introduced the idea of hijab law. On March 8 1979, thousands of Iranian women marched in the street, protesting the idea of imposing hijab with slogans such as “freedom of choice in clothes”. Wearing hijab became obligatory for all Iranian women from April 1983. Since then, all women have been legally obliged to wear hijab in public, even non-Muslims and foreigners visiting Iran.

Over the years, the Islamic government has introduced even more legal measures and social restrictions to enforce mandatory hijab laws. Criminal punishment for those violating the law was introduced in the 1990s and ranged from imprisonment to fines.

However, there was a different shift in policing the way women in Tehran dressed, starting in January 2018. According to this new decree, women who did not observe the Islamic dress code no longer faced fines or imprisonment but rather had to attend Islam educational classes. “Women will no longer be taken to detention centres, nor will judicial cases be filed against them,” said local media reports citing Tehran police chief General Hossein Rahimi.

In such cases the morality police, Gasht-e Ershad, usually escort women to a police van and then to a class. The women are then required to sign a form saying they will not commit the “bad hijabi” offence again, and forced to take part in police-organised “guidance” to learn how they should observe Islamic values. This new order only applies in the capital Tehran – but even there, women who broke the dress code repeatedly could still be subject to legal action.

Beyond the discriminatory aspects of the mandatory dress code, one important legal issue is that the crime of “bad hijabi” or “improper hijab” is not defined by the law. Because the law is very loosely drawn, enforcers such as the morality police can choose to interpret it differently and crack down on women in various ways.

Article 146 of the constitution binds the judge who “endeavours
to judge each case on the basis of the written law. In case of the absence
of any such law, s/he has to deliver his judgment on the basis of authoritative Islamic sources”.

The way Iranian women dress differs across different parts of the country and according to cultures, socioeconomic backgrounds, political views and religious beliefs. The mandatory hijab law is not only about taking away women’s control of their bodies in public. It affects every aspect of everyday life in Iran. For example, it forces the segregation of the sexes and promotes censorship (women are not allowed to appear without hijab on TV or in movies).

During the last few decades, Iranian women’s groups have fought to change this law. Every day, they have fought the state’s notion of “proper dress” by choosing what they wear, their fashion, their make-up, the way they walk out of their houses. In every step they take in public, they have challenged the discriminatory law that can stop and tell them that their personal choices are “improper”. In doing so, they put themselves at risk of criminal punishment ranging from imprisonment to fines.

Even though compulsory hijab has been instituted, criminalised and promoted as the main Islamic state gender policy, women’s efforts to negotiate their rights have been brave and remarkable. This continuing quest for justice, gender equality and freedom of choice has been embodied in the “women, life, freedom” slogan.

In these protests, both in the streets and on social media, Iranian women (and men) are calling for the obligatory hijab law to be abolished. Surveys suggest public opinion is widely behind a change in the law. Opposition has grown over the last few weeks, driven by social media and hashtag activism. There is hope that public demands to reform the obligatory dress code in Iran will create change.