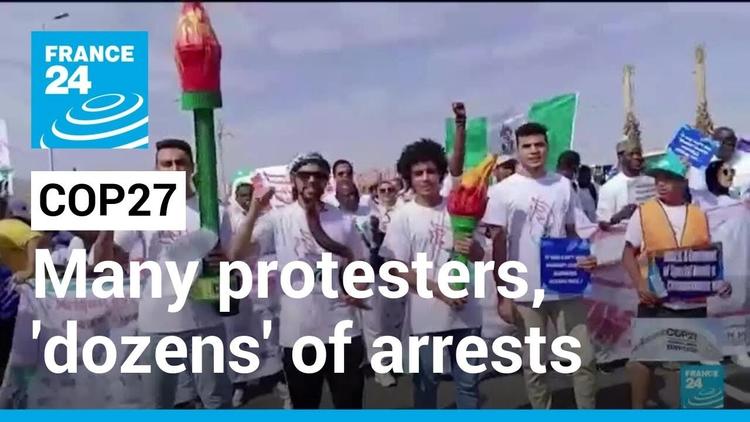 World leaders and climate scientists aren’t the only ones who have gathered in Sharm El Sheikh, Egypt, for the latest UN climate summit, COP27. Children and young people are also a big part of the conference.

For the first time, COP will have a Youth Envoy, Omnia El Omrani, a final-year medical student at Ain Shams University in Egypt, who will help to ensure that youth climate advocates can meaningfully participate at COP27. And in another first, children and young people also have their own pavilion, a space where a particular group can run their own events at COP.

Greater recognition in general has been given to the importance of young people’s concerns on climate crisis over the past few years. And young activists have long been working to secure environmental change.

Young people from indigenous communities, for example, such as US environmental activist Xiuhtezcatl Martinez, have worked hard to draw attention to the climate crisis. They were doing this even before the phenomenal success of Greta Thunberg’s solo vigil before the Swedish parliament, and the movements sparked by her.

As COP27 kicked off this week, executive secretary of the UN’s climate change body, Simon Stiell, thanked youth advocates for moving climate change to the front of the global agenda, clearly recognising all that has been done by young people.

Embed from Getty Images
“COP27 In Sharm El Sheikh – Day 4: Vegan activists demonstrate on the fourth day of the COP27 UN Climate Change Conference, held by UNFCCC in Sharm El-Sheikh International Convention Center, Egypt on November 10, 2022. COP27, running from November 6 to November 18 in Sharm El Sheikh focuses on implementation of measures already agreed during previous COPs. The Conference in Sharm El Sheikh focuses also on the most vulnerable communities as the climate crisis hardens life conditions of those already most disadvantaged. (Photo by Dominika Zarzycka/NurPhoto via Getty Images).”

But research shows that stronger links are still needed between youth climate action and young people’s roles in decision making processes. And while a UN Youth Office is being established to do just that, it’s clear that there’s still more that needs to be done.

This is especially the case when you consider how influential young climate advocates have been in influencing international human rights law. Dozens of cases around the world have been taken on by child and youth advocates in the past few years.

Some have been successful in achieving legal change. For example, in 2021 the Neubauer case saw the German constitutional supreme court compel the German government to take “more urgent and shorter term measures” to curb carbon emissions.

Other climate applications, even where not successful legally, have had other effects. A groundbreaking climate complaint by 15 children (Thunberg included) was made to the UN Committee on the Rights of the Child against five of the biggest emitters.

The committee determined that the application could not be heard in full (the applicants had to first go through domestic courts). Yet while doing so, the committee found that a government can, in theory, be held to account for the impact of its country’s carbon emissions on children, both within and outside of its borders – and a first for a UN body.

As well as setting new international law standards, these youth advocates have framed environmental harm as harm to an individual. This has contributed to greater recognition for an explicit right to a healthy environment.

Such a right has been talked about for some time and recognised in many countries at national level, but was recently explicitly recognised by the UN general assembly. It is understood to have benefits at national level, including the ability to rely on the principle in court – and academics have argued that it gives better avenues to legally tackle the climate crisis.

That children and young people are taking action in large numbers, including legal applications, should not be underestimated. Young people have always been active in advocating for social justice and human rights. But youth climate action has made this clear on a global scale, and also shown that adults don’t just give children their rights – children can take matters into their own hands to influence law and policy.

The dire threat the climate crisis poses to humanity is disruptive in many ways. One change it has brought about is that children and young people feel compelled to work together, unprompted by adults, to secure the right to a healthy environment. Many children and young people have been particularly good at mobilising online, and at commanding media attention for climate issues.

What you can do

Adults need to respond to this new dawn in child and youth advocacy on the climate and on environmental human rights. The steps taken by the UN such as a Youth Envoy for COP27 are certainly in the right direction. But children’s interests and voices should be embedded in all efforts to fight the climate crisis – these are key rights under the UN Convention on the Rights of the Child.

It must be ensured that children and young people are more able to influence how the right to a healthy environment is implemented. This means that governments must conduct impact assessments which examine how laws, policies and practices affect children’s environmental rights.

It requires better local and national ways to hold governments and polluting companies to account. It must also include embedding children’s and young people’s voices into consultative processes on the environment, as recently occurred in Ireland’s biodiversity assembly.

Children and young people must also be recognised as being equal to adults when it comes to being able to contribute to decisions on law and policy. And rather than simply assuming that adults will protect children’s rights, we must share knowledge and experiences across generations.

Many protesters at the Cop 27 climate conference • FRANCE 24 English

Unfortunately, some young climate activists have already reported that they are feeling restricted from demonstrating at COP27. This is disappointing but children and young people will continue to hold governments and others to account through protest, litigation, and other ways.

As Thunberg has said, young people are “showing our leaders that they messed with the wrong generation”. Indeed, given how much young people have achieved in the fight against climate crisis it’s crucial their voices are really heard at COP27.