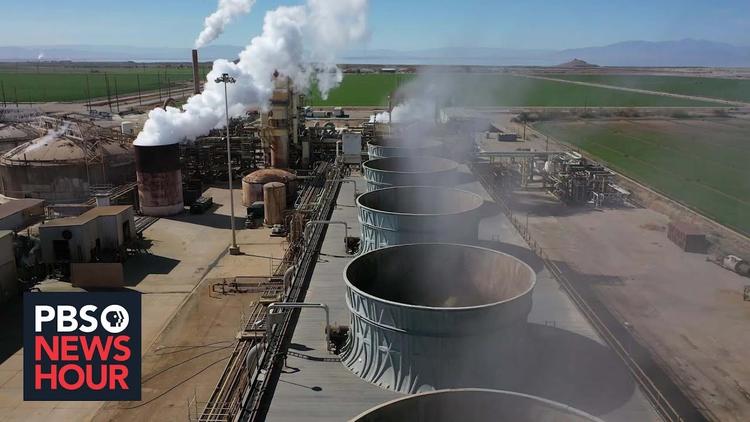 ( Clean Energy Wire) – The vast potential of geothermal energy generation for heating has so far been under-utilised in Germany, but a new exploration process launched by the economy and climate ministry (BMWK) aims to better exploit the renewable energy source underground. The ministry said it will consult policymakers, industry groups and other stakeholders in potential geothermal energy generation regions to unlock the energy source that can “improve heating supply year-round”.

Economy and climate minister Robert Habeck said the energy source “is reliably available throughout the whole year, does not depend on the weather, is crisis-proof and almost nondepletable.” His ministry therefore had developed a first concept including several concrete measures to improve geothermal heating use, the Green Party minister said. “Using geothermal energy has to be thought of consistently with the expansion and decarbonisation of our heating grids,” Habeck argued, which are supposed to contain 50 percent climate-neutral heating energy by 2030.

Article continues after bonus IC video
PBS NewsHour: “Why geothermal energy is being viewed as a viable alternative to fossil fuels”

At the beginning of his term last year, Habeck already announced that the government aimed to use up to 10 terawatt hours of geothermal energy by the end of the decade, which should be achieved by opening at least 100 new projects in the next years. These should then be connected to the heating grid and supply households and industrial companies in regions where this is feasible, the minister said. Garnering local support for the technology’s buildout and rigorously applying environmental protection principles would be indispensable to ensure that geothermal energy use can be improved in the country, he added.

Deep geothermal energy can make a major contribution to the decarbonisation of Germany’s heating sector, a study published earlier this year found. It could cover more than a quarter of Germany’s annual heat demand (over 300 TWh) and generate additional revenue and jobs. The technology has been used for decades in many European cities, such as Paris and Munich, but has not yet received much attention elsewhere in Germany’s heating sector transition, where oil and gas still dominate and cause high CO2 emissions.

All texts created by the Clean Energy Wire are available under a “Creative Commons Attribution 4.0 International Licence (CC BY 4.0)”