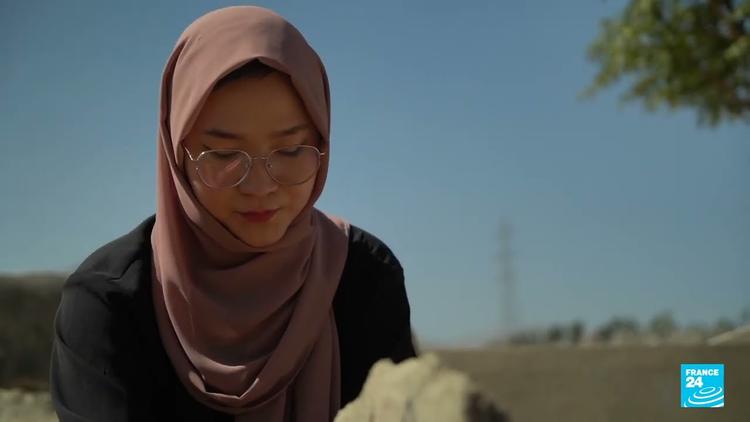 ( Human Rights Watch ) – (The Hague) – The International Criminal Court (ICC) should address grave international crimes committed by all sides when it continues its investigation into the situation in Afghanistan, Human Rights Watch said today. On October 31, 2022, ICC judges announced that the investigation by the Office of the Prosecutor into crimes against humanity and war crimes in Afghanistan can resume.

In March 2020, following a years-long preliminary inquiry, ICC judges authorized the prosecutor’s office to begin an investigation. However, the investigation was paused one month later when the former Afghan government asked the court to defer to the government’s own investigations. Citing the Taliban’s takeover of Afghanistan, the ICC prosecutor, Karim Khan, in September 2021 requested permission from the court’s judges to resume an investigation.

“The ICC offers a rare opportunity to advance justice in a country where accountability is completely absent,” said Patricia Gossman, associate Asia director at Human Rights Watch. “This investigation needs to address serious crimes by all sides to the conflict, including US forces, to bring justice even when the most powerful nations are involved.”

As the ICC is a court of last resort, the ICC prosecutor can only override a deferral request like the one made by the former Afghan government if the judges agree that the government is not in fact willing or able to investigate the same crimes. The ICC judges’ decision took more than a year following the prosecutor’s initial request, and included a limited process to consider the views of victims. The judges considered it critical to determine who represented Afghanistan under the Taliban government and to take steps to give those authorities an opportunity to be heard. In allowing the prosecution to resume its investigations, the judges considered that Afghanistan is not presently carrying out genuine investigations that would justify a deferral and that the current authorities are not showing an interest in pursuing the deferral request the former government had submitted in 2020.

The investigation covers serious crimes committed in the country since May 2003, when Afghanistan first joined the ICC. The crimes within the court’s jurisdiction include alleged crimes against humanity and war crimes by the Taliban and affiliated forces and Afghan National Security Forces. The mandate also includes alleged crimes in other ICC member countries since July 1, 2002, that have a nexus to the ongoing armed conflict and are sufficiently linked to the situation in Afghanistan. So, it also would include such alleged crimes by the US armed forces and the Central Intelligence Agency (CIA) both in Afghanistan and in clandestine CIA detention facilities in Poland, Romania, and Lithuania, all ICC members.

In announcing his request to resume the investigation in September 2021, the ICC prosecutor indicated that any investigation would focus on alleged crimes by the Taliban and the Islamic State of Khorasan Province (ISKP), an ISIS-affiliated group, while deprioritizing alleged crimes by Afghan security forces and US personnel. Victims of abuses,

Human Rights Watch research found numerous violations of international humanitarian law by Afghan government forces, and has documented torture and ill-treatment of detainees by the United States military and CIA since the US-led invasion of Afghanistan in 2001. Human Rights Watch also found that CIA-backed Afghan forces committed summary executions and other serious abuses with impunity in Afghanistan prior to the Taliban takeover. The US government during the Trump administration threatened the court with retaliatory measures over a potential Afghanistan investigation and imposed sanctions on then-ICC Prosecutor Fatou Bensouda and another senior court official, an action that the Biden administration later repealed.

Given the near complete lack of accountability for alleged crimes by US and Afghan forces, the ICC prosecutor should reconsider his decision to deprioritize these lines of inquiry and reaffirm his mandate to address the most serious abuses by all parties to the conflict, Human Rights Watch said.

Human Rights Watch also documented many grave crimes by the Taliban and the Islamic State group that should be investigated. Taliban forces have carried out unlawful killings, enforced disappearances, and other serious abuses, predominantly targeting former government security forces and officials, and journalists, including many women. Taliban security forces have also arbitrarily detained and tortured and have imposed collective punishments on residents in Panjshir and other provinces whom they have accused of association with opposition groups.

ISKP forces have claimed responsibility for scores of unlawful attacks, primarily on Hazara and Shia communities, as well as other religious minorities, killing at least 1,500 civilians and injuring thousands more. These patterns of attacks have been devastating for the Hazara and Shia communities, including due to the longstanding impunity for these abuses under the previous Afghan and Taliban governments.

In addition, the Taliban takeover led to a return of sweeping rights-violating policies targeting women and girls, including the closure of almost all girls’ secondary schools in a de facto ban plus other restrictions on education, movement, expression, and women’s removal from the work force. The Taliban have beaten, detained, and tortured women who took part in protests seeking their rights. Lesbian, gay, bisexual and transgender (LGBT) people are also being attacked. The ICC’s Rome Statute includes as a crime against humanity the persecution of any identifiable group, including on the basis of gender. The Office of the Prosecutor is developing a new policy initiative to advance accountability for gender-based persecution.

The ICC investigation will continue to face numerous difficulties, Human Rights Watch said. A fraught security environment, in which the Taliban frequently threaten and intimidate people who speak against them, and a difficult political landscape for justice in Afghanistan highlight both the need for an ICC investigation and the problems the court may face in gathering evidence. The ICC lacks a police force, so it must rely on ICC member states, notably Afghanistan in this instance, to cooperate with the court in investigations, arrests, and prosecutions.

The humanitarian and economic crisis in Afghanistan, which has caused thousands of Afghans to flee the country, may create opportunities to interview some victims and witnesses in other countries. The ICC should also coordinate with the United Nations Assistance Mission in Afghanistan and the Office of the UN Special Rapporteur on Afghanistan, both of which should support the ICC’s efforts to deliver justice to victims of crimes and their families.

“The ICC’s work in Afghanistan remains vital for justice to the victims of terrible crimes, including women and girls, ethnic minorities, and LGBT people,” Gossman said. “Continued impunity in the country’s decades-long conflict will only further the instability, corruption, discrimination, and recurrence of violence that the Afghan people have long endured.”