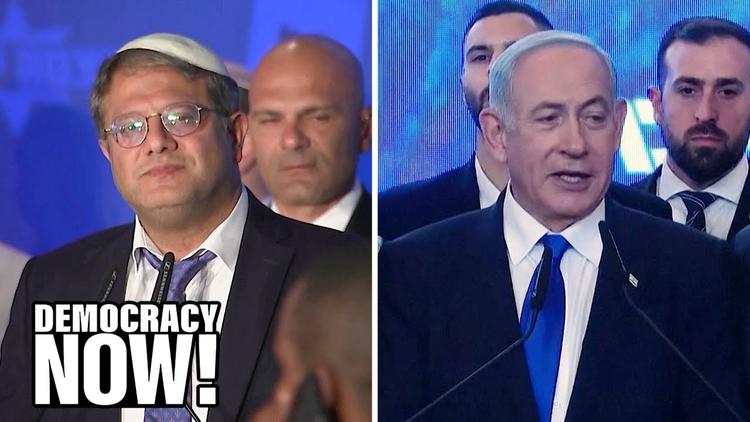 Having been turned out of office in 2021 as the first sitting Israeli prime minister to be indicted – and with his corruption trial still underway – Benjamin Netanyahu has made another stunning comeback. After four inconclusive elections in just four years, a fifth national vote on Nov. 1, 2022, saw Israelis hand Netanyahu’s right-wing bloc a decisive victory.

In some ways it shouldn’t come as a big surprise. Netanyahu has been defying the political obituary writers for years. He did so after his reelection defeat in 1999, then again following a humiliating loss in the 2006 elections.

Now, the pundits who declared Netanyahu’s career over after he lost the premiership last year to political rivals Naftali Bennett and Yair Lapid have been proved wrong.

Netanyahu’s win means the deadlock that had paralyzed Israel for nearly four years may be finally over, given his now 64-seat majority. But that doesn’t mean his troubles will be over – far from it. As a scholar of Israeli politics, I believe a governing nightmare awaits Israel’s longest-serving prime minister.

Netanyahu is set to form the most right-wing and religious government in Israel’s history. His right-wing Likud Party will rule in a coalition with ultra-nationalist and ultra-Orthodox partners.

The radical agenda of one of these parties, the far-right Religious Zionist Party, includes the unfettered expansion of Jewish settlements in the West Bank, which it seeks to annex; enabling soldiers to shoot at Palestinian assailants without prior authorization from their superiors, as is the rule now; expelling “disloyal” Arab citizens from their homes in Israel; and allowing Jewish prayer on the Temple Mount – an act seen by Muslims as a provocation given the arrangement that for decades has permitted Jews to visit but not to pray at their al-Aqsa Mosque compound.

The party is also deeply conservative on social issues, calling for a rollback of gay rights by banning, for example, the Jerusalem Pride parade.

Not only are such policies alarming to the international community and to many Israelis and Palestinians, they also promise to give Netanyahu endless headaches in his next term in office.

Although he has long been Israel’s leading right-wing politician, Netanyahu does not share the far-right, religious ideology of some of his new political allies. In my 2014 book, “Why Hawks Become Doves,” I quote an ex-top aide to former prime ministers and Netanyahu rivals Ariel Sharon and Ehud Olmert as saying that while Netanyahu “surrounds himself with rightist kind of guys, he is the most liberal guy in this group.”

Backed into an ideological corner

To be sure, Netanyahu has a conservative worldview. Yet, he also is a secular, pragmatic and risk-averse politician.

His flexibility has been displayed on numerous occasions over the years. In his first term, he continued the Oslo peace process he had fiercely criticized as leader of the opposition, signing the Hebron Protocol and Wye River Memorandum that led to the Israeli withdrawal from territories in the West Bank.

He voted three times for the 2005 unilateral disengagement from the Gaza Strip – before then resigning in opposition to the withdrawal. And in June 2009, he abandoned his lifelong opposition to a Palestinian state by publicly endorsing the two-state solution. Again, he later reversed his position.

Netanyahu also acceded to President Barack Obama’s demand in 2009 for a 10-month freeze in Jewish settlement construction to restart peace talks – negotiations that ultimately collapsed on his watch.

Likewise, in the past, Netanyahu attempted to piece together broad-based coalitions with centrist components to mitigate the influence of extremists.

But with pro- and anti-Netanyahu blocs now firmly entrenched in Israeli politics, Netanyahu has no real choice but to form an ideologically narrow, far-right coalition.

A monster of his own making

Indeed, the emergence of the extreme-right that he now courts is a monster largely of Netanyahu’s own creation.

As Israeli society has drifted to the right, becoming more religious and conservative, Netanyahu has increasingly stoked discord between the right and the left to expand his base.

Netanyahu himself has ridden the wave of populist nationalism in his country over the last decade. He and his loyalists portrayed critics – be they members of the media, former senior members of the security establishment, political centrists and even fellow conservative supporters-turned-rivals – as leftist, out-of-touch elitists.

He adopted much of Trump’s rhetoric, too, blaming a leftist “witch hunt” for the investigation into his alleged corruption, bribery and fraud. Similarly, he labeled the government that replaced him a year ago as a “dangerous left-wing” coalition that came to power via the “greatest election fraud” in the country’s history.

Like these other populist leaders, Netanyahu has cultivated a political alliance with ultra-nationalist figures.

The most controversial figure in the emerging coalition is Itamar Ben-Gvir, a disciple of the late Rabbi Meir Kahane, an ultra-nationalist politician whose racist Kach party was ultimately outlawed in Israel.

Ben-Gvir once proudly hung a picture in his living room of Baruch Goldstein, the Jewish terrorist who in 1994 murdered 29 Muslims in a Hebron mosque.

Until recently, Ben-Gvir was a fringe figure in Israeli politics. However, in 2019, Netanyahu, seeking to shore up his right-wing bloc, orchestrated a merger between two far-right parties: Ben-Gvir’s Jewish Power and Yamina, led by Bezalel Smotrich. The new party, the Religious Zionists, which also included the ultra-conservative Noam faction, ensured that far-right representatives were able to cross the electoral threshold and make it into the Knesset – Israel’s parliament

Driven by his political survival instincts, in other words, Netanyahu ensured that right-wing votes would not be “lost” by failing to reach the threshold needed for representation. In so doing, he also legitimized Ben-Gvir’s extremist party and helped make it mainstream practically overnight.

A challenge too far?

As a harbinger of potential discord, Netanyahu has already indicated that his government will not alter the status quo regarding LGBTQ rights to accommodate the homophobic agenda of the Religious Zionists. Given past precedent, I believe it’s also likely that he upholds the status quo on the Temple Mount by preventing Jews from praying there – a position that he has abided by in the past. Still, he may find it difficult to control the ascent of Jewish worshippers on the Temple Mount, a growing phenomenon in recent years.

Topping the new coalition’s priorities, however, is an issue from which Netanyahu stands to benefit personally: reforming the judiciary so that politicians – rather than unelected institutions – have greater control over key decisions.

The practical effects of such changes would be to weaken the authority of the courts and the attorney general. Passing legislation that would cancel Netanyahu’s trial may also be in the cards.

Last month, Netanyahu, interviewed by comedian Bill Maher, defended Israel as “the one democracy in the Middle East.” Preserving Israel’s fragile democracy while pursuing his own political and personal interests may prove to be a colossal challenge – one that even a political magician like Netanyahu may find insurmountable.