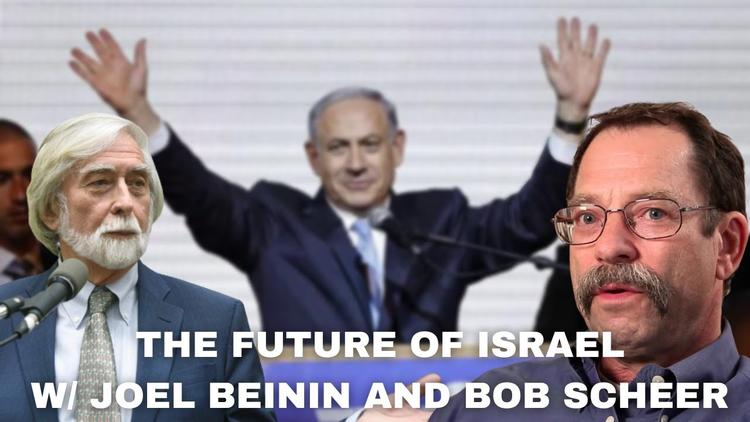 ( Middle East Monitor ) – Outgoing Israeli Prime Minister Yair Lapid has asked Likud voters a series of questions related to the current impasse into which Benjamin Netanyahu, who is tasked with forming a new government, has fallen in the company of extreme neo-fascists and racist nationalist parties.

“Is this what you wanted? That’s why you voted for Likud?” asked Lapid. “Yeshiva [Orthodox Jewish] students will receive more money than IDF soldiers.”

He did not stop there. Religious Zionism head Bezalel Smotrich, said Lapid, “wants to close football matches on the Sabbath. A law will be passed to separate men and women in the public sphere.” The prime minister reminded Likud supporters that they are not living in Iran.

Lapid was apparently reluctant to ask Yesh Atid supporters why they did not vote for his party, leaving the door wide open for the return of a man who is facing trial on multiple corruption charges, and who headed the government for 12 consecutive years, preceded by 3 years between 1996 and 1999. It is well known that Netanyahu will bend to the will of the far-right religious- and ultra-nationalists because as things stand he cannot head a government without their blessing.

Hypocrisy and evasiveness dominated Lapid’s questions, especially when he compared Iran with the occupation state. He overlooked the fact that men and women are currently separated at the Buraq (Western/Wailing) Wall, and neglected a more important element than deducting soldiers’ allowances for the benefit of Orthodox school students: Netanyahu’s extremist allies’ insistence on overturning a number of Supreme Court decisions, making the “only democracy in the Middle East” more of a banana republic.

Quite how Israeli politicians, commentators and analysts were caught off guard by the wave of extreme right-wing parties; they were hardly in hiding during the election campaign. Nevertheless, they are promoting the false narrative that Netanyahu refuses to give the defence, internal security or treasury portfolios to the likes of Smotrich, Itamar Ben-Gvir and Aryeh Deri, in order to avoid embarrassing himself with the White House, given their disgraceful terrorist records and open racism.

Article continues after bonus IC video
ScheerPost: “Scheer Intelligence: Netanyahu Is What Israel Has Always Been”

The truth of the matter is simpler than that. The formation of a government whose pillars are based on extremists who have previously demanded the expulsion of Arabs, the annexation of — illegal — settlements, or the granting of extraordinary advantages to Bible schools, in addition to turning the Supreme Court into a club for judicial chatter devoid of jurisdiction, means that the government will not last long beyond its explosive formation before collapsing when the storm hits. As it will.

It is no surprise to see Lapid wooing Likud supporters with his pointed questions. After all, the interests of the state play second fiddle to the hunger for power and the top job. Hence his appeal to his own supporters and those who backed his former partners Benny Gantz and Naftali Bennett so that this unholy trinity can join Netanyahu in a national unity government.

The current impasse in the negotiations to form a government, or the possibility of Netanyahu bowing before his far-right allies, or even blackmailing everyone by hinting at a broad coalition government, among other things, are the clearest symptoms of an extreme right-wing religious entity that already imposes an apartheid system on the Palestinians, and is about to get much worse. The explosive, self-defeating banana republic could well be on its way.