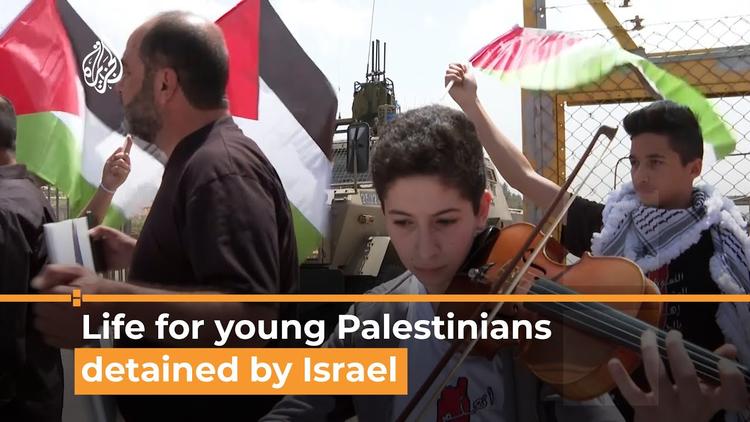 Ann Arbor (Informed Comment) – The Palestinian Commission on Detainees and Ex-Detainees released a report for World Children’s Day on the routine Israeli arrest and jailing of minors, saying that Palestinian children are not secure from being constantly targeted by Israeli security forces. The Commission report found a worrying and massive increase in the rate of Israeli detentions of minors. The report says that there has been a large increase in such detentions since the Palestinian protests of 2015, and that they appear to be concentrating on children from Palestinian East Jerusalem, which was seized by Israel in 1967 and is militarily occupied and has been illegally annexed. These children detainees function as hostages for the good behavior of their relatives, which is a form of collective punishment that is illicit in international law.

The Commission estimates that since 1967, Israeli forces have incarcerated over 50,000 Palestinian children. They have also wounded and killed Palestinian minors. Some 20,000 of these children have been jailed since the year 2000, the outbreak of the second Intifada or uprising in the Palestinian West Bank. Some 9,000 minors have been imprisoned since the 2015 demonstrations in Jerusalem, and most of them are from East Jerusalem.

This year alone, 770 Palestinian minors have been detained in Israeli jails, and in October 119 were imprisoned.

The Palestinian Commission on Detainees and Ex-Detainees says that at this moment about 160 Palestinian children are languishing in Israeli prisons. Three of these are girls, two sixteen-year-olds and one seventeen-year-old, two of them from Al-Khalil / Hebron. Four of the minors are held under the illegal Israeli practice of “administrative detention,” under which individuals can be held in prison for an indefinite amount of time with no formal charges being filed against them and no opportunity for a trial.

“Administrative detention” is a violation of the principle of habeas corpus, which requires that the government produce those arrested and bring them before a judge or release them. This principle is recognized by all democratic countries and is enshrined in the International Declaration of Human Rights. Despite the characterization of Israel as a “democracy,” it isn’t really any such thing, and lack of habeas corpus is one reason why. Another is that it keeps 5 million people under its rule stateless and without basic human rights.

The Palestinian Commission on Detainees points out that some persons arrested as a minor languish in jail for many years, becoming adults while on the inside.

The Commission accuses Israeli authorities of brutalizing these minors in prison, with either corporal punishment or psychological abuse. These forms of brutality are intended to get the children to confess orally or in writing to the charges Israeli authorities have laid against them, under conditions that would get such confessions thrown out of court in the civilized world.

Israeli practices in detaining and jailing minors violate the 1959 Declaration of the Rights of the Child, passed by the UN General Assembly, as well as other human rights instruments.

They give the sad example of Fatima Taqatiqa, 15, from a village near Bethlehem, who was wounded and nevertheless arrested, and who died in prison in 2017.

Some children are sentenced to house arrest, a practice that has turned hundreds of Palestinian homes in East Jerusalem into prisons.