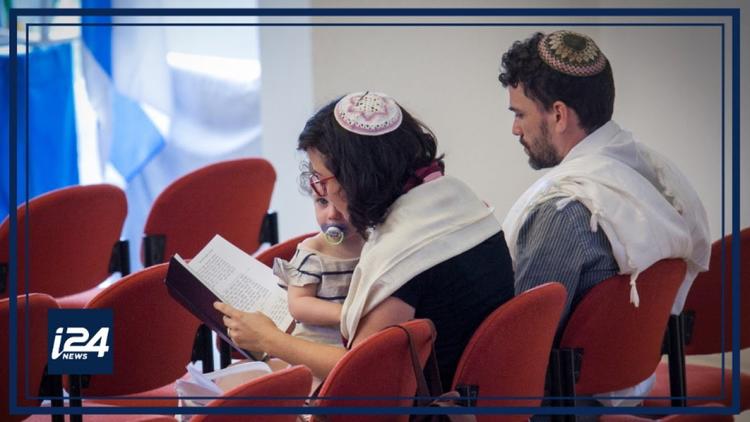 Ann Arbor (Informed Comment) – Israel’s new extremist far right-wing government is the gift that keeps on giving. Itamar Ben-Gvir, an ally of the new prime minister, Binyamin Netanyahu, led his violent followers to al-Khalil, the Palestinian city in the Palestinian West Bank named for Abraham that the Israelis term “Hebron.” Israel’s president Isaac Herzog was caught on a hot mic recently saying that “the whole world is worried” about Ben-Gvir. In a supreme irony, Ben-Gvir’s bodyguard was injured in a clash with militant squatters.

Al-Khalil/ Hebron has a major mosque in the name of Abraham, whose story is retold in the Qur’an, and whom Muslims honor as a prophet and the ancestor of the Arab nation through Ishmael. The mosque, however, has been given a Jewish annex by the Israeli occupiers, and Israeli authorities on Friday closed off access to the Abraham Mosque to Palestinians for the Jewish Sabbath.

There is a cycle to the reading by observant Jews in Israel of the Torah or Pentateuch, and the fifth weekly portion, the Chayei Sarah, fell this weekend, which tells the story of how Abraham bought the Cave of the Patriarchs and nearby land as a burial plot for his wife, Sarah. Since al-Khalil/ Hebron is associated with Abraham, Jews carrying out the fifth weekly portion flock to that city. Historians do not consider Abraham historical but rather a unifying myth favored by Jews who returned to Jerusalem after the Babylonian captivity.

Al-Khalil / Hebron is also the site of the alleged tomb of Othniel Ben Kenaz, held to be the first judge after Joshua, which is in a Palestinian neighborhood in al-Khalil. This is, by the way, a Jewish myth, since such folk tales in the Bible were only written up in the Achaemenid period or later. The army escorted squatters to the site in an annual pilgrimage, but the pilgrims were more like soccer hooligans. They assaulted local Palestinians, and when the army intervened to separate the two groups, the squatters began attacking the Israeli army troops. Emanuel Fabian at The Times of Israel reported, “The army said one Israeli man assaulted a female soldier with a wooden stick, lightly injuring her. Several suspects who were detained also assaulted soldiers, the IDF said, before they were handed over to police.”

The Israeli newspaper Arab 48 reports that several Palestinians were injured Saturday evening in al-Khalil / Hebron during assaults by armed Israeli squatters in the Tel Rumeida neighborhood. They appear to have been stirred up by Ben-Gvir and his acolytes. This site explains, “Tel Rumeida is the oldest part of the city of Hebron, Palestine. It sits on a hill to the west of the Old City, and contains both an Israeli settlement and Palestinian homes.” Israeli security forces responded to the squatters’ lawlessness, which involved attacks on the Israeli army, by arresting Palestinians. The youths Abdallah and Yusuf Abu Aisha were arrested near their homes in Tel Rumeida.

Armed squatters under the protection of the Israeli army attacked the local population and pelted their homes with stones and empty bottles in Tel Rumeida, wounding several Palestinians, who had to be taken to hospital for treatment, according to Wafa, the Palestinian news agency.

On Saturday, hundreds of Israeli squatters massed on Bab al-Zawiya and Beersheba streets in downtown al-Khalil, assaulting Palestinians and their commercial establishments, under the protection of the Occupation army.

The “Israeli settlement” is an Israeli government-backed scheme to steal Palestinian-owned land and implant Israeli squatters on it so as ultimately to annex the Palestinian West Bank and permanently destroy any chance of nationhood and citizenship rights for stateless Palestinians. Al-Khalil, which the Israelis call “Hebron,” is a major Palestinian commercial center responsible for 30% of the Palestinian economy. It has between 160,000 and 200,000 Palestinian inhabitants, along with hundreds of militant Israeli squatters. But it is circumscribed by checkpoints, barriers, even cages, in an attempt to control the indigenous Palestinian majority while their property and autonomy are robbed from them. Some 5 million Palestinians are stateless thralls of the Apartheid Israeli regime, which has them under martial law.

Israeli security forces also launched assaults on Palestinians in Shalaleh, Harat Jaber, Bab al-Zawiya and Tel Rumeida, during which rocks struck the girl child Aisha Hisham al-Izza in the face, and the youth Bilal al-Said in the eye.

In Bab al-Zawiya, the commercial center of al-Khalil/ Hebron, fierce clashes broke out Saturday night between the Occupation army and indigenous Palestinian. The army fired rubber-coated steel bullets and military-grade tear gas at the Palestinians.. Many Palestinians suffered difficulty breathing.

Israeli troops also assaulted Palestinians in the villages of Zabuba and Rummanah near Jenin on Saturday evening.